Week 29 (July 15th – July 21st) – The numbers are in from Media Create  for Week 29, and it’s been a relatively mediocre sales period in the Japanese video game industry with the top 10 selling under 300,000 units collectively. The average sales figures are compounded by a lack of new releases as only Mario and Luigi: Dream Team and Little Battlers eXperience W: Ultra Custom manage to crack the top 10.

Mario & Luigi: Dream Team takes the top spot this week shifting just under 100,000 units, significantly outpacing the competition. Youkai Watch remains in 2nd as the closest contender, selling 29,102 units, a massive 70% down on 1st place! Following on from the 3DS brawler last week’s number 1, Pikmin 3, drops to 3rd with a disappointing 28, 513 units sold; an unusually rapid decline for a Nintendo title with such pedigree.

Rounding out the top 5 this week is the despairingly titled, Little Battlers eXperience W: Ultra Custom in 4th shifting 27, 242 units and in 5th, Friend Collection: New Life continues its sales consistency with 26,799 units, actually managing an increase of 3% over week 28 (Just how do Nintendo do it?). Level 5 seem to do no wrong in 2013, hot off the heels of Youkai Watch, comes yet another stellar RPG. Based on small combat robots created from fortified cardboard (Because, why not?) Little Battlers focuses on fast paced gameplay and complex narrative themes to provide a wonderfully deep and enjoyable experience. 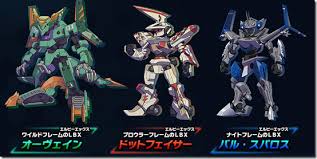 Mecha titles like this are clearly designed specifically for the Japanese market and as such don’t expect to Little Battlers in Europe any time soon, Level 5 will most likely be keeping this one in their Asian exclusive locker. Considering the relative lack of success of even the most popular Mecha video game series in Europe (Dynasty Warriors: Gundam) who can blame them. Little Battlers is sadly just one of those titles not destined for these shores.

Clockwork Aquario: a game rescued from the...