You don’t have to travel far to find some kind of ‘Save Mega Man’-style campaign on the internet, and the whole canned game fiasco is well documented. It’s definitely fair to say the little blue dude has plenty of fans. Though sometimes I get the impression it’s kinda ‘cool’ to like him – but when it comes down to  buying his games? People aren’t quite as enthusiastic…

Anyway, I’m getting off the point – people are always going on about how much they want some more Mega Man action, particularly in the original retro style. The last ones we saw were Mega Man 9 and 10 and more recently the rather nice Mega Man x Street Fighter freebie that Capcom endorsed. Curiously, this started out as a fan-made project in the beginning – but earned Capcom’s blessing through development.

Outside of those three, it’s been pretty quiet on the Blue Bomber front. But all is not lost Rockman fans! For quietly sitting in doujin obscurity are a couple of games that, for all intents and purposes are Mega Man. Ladies and Gentlemen say hello to Rose… Rosnen… Resonenko… RoseyStillettoo… er…

Both games play like Mega Man, they’re structured like them and if they were in a box I’d imagine they smelled like them too – it’s just that, well, they sure as hell don’t really look like them – instead going for a cast of female characters with a somewhat European or rather a ‘German Gothic‘ flavour.

Likewise, rather than being resolutely 8bit in looks, these are more like 16-bit platformers. I’ve got to be honest – and I’ll probably be hated for this – for all of Mega Man’s undisputed charms, I actually prefer the looks of Rosenkreuz over the more retro Mega Man games. I think particular respect has to go to some of the stage design and backdrops – and the spritework and character portraits are also very nicely done – giving the games a distinct identity and a great level of polish.

Whatever your view of the aesthetics though, as I said, in spirit, they’re almost identical to each other in terms of systems, mechanics and structure – and are very obvious homages to the Capcom Classics. Rosen’ takes its cues from Mega Man 4, 5 and 6 – in that you have a character select for bosses and work your way to each in the order of your choosing. Part of the fun, or indeed frustration, comes from working on the best order to tackle these as the powers you earn from each will make tackling certain path orders easier than others.

Regardless of which path you chose though – it’s fair to say you’re faced with a pretty steep challenge. Like the Mega Man games – Rosen’ seems to take pleasure in being difficult and will test your platforming and timing abilities to their fullest. I should add that it’s never really vindictive in its difficulty – but it’s clear that erka:es have a very keen understanding of how to push your buttons in terms of creating interesting challenges for you to learn and best – but then that’s what you signed up for, right?! ; )

Now usually when it comes to Doujin homages /parodies – whatever you want to call them – doujin titles tend to borrow characters from other games. Not so here – I’d like to point out that doujin circle erka:es has created its own cast and story for you to enjoy in Rosenkreuz, all of which are well drawn, written and executed. I think with a little bit more awareness of these titles – and any self respecting Mega Man fan would do well to check them out – the Rosen games could build themselves a substantial and passionate fan base. 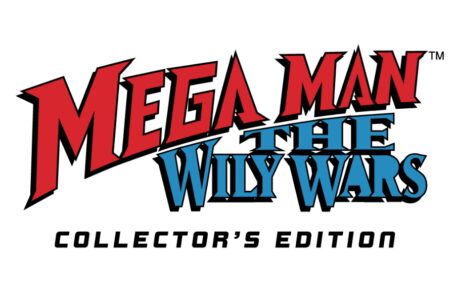