We’ve come to the end of another year and so I’ve again prepared a top ten games list of 2015. This year has been a tricky one, so let’s see what I came up with!

Before I get going, I realise that not everybody will agree with my choices but I’d like to state that I don’t include remakes or remasters in my lists. There have been some fantastic titles such as the Uncharted Collection for PS4 and The Legend of Zelda: Majora’s Mask 3D which proved to be some of the best games of the year, but I want to dedicate this list to brand new games that begin a new IP or continue an existing one – it’s also fine by me if they released in Japan in a different year, but in the West or the UK this year. I’ll be including developer and publisher details too. Without further ado, let’s begin!

Having some list issues due to not including remakes or remasters, I wasn’t sure what would make the 9th and 10th spots as the others were already decided. I might’ve not reviewed Omega Quintet hugely positive but I played through it twice and still loved it, and I listen to the OST still. I’ve recently fancied a third go and really look forward to it. I love idols, I enjoyed the story and the turn-based combat system felt fresh and a blast to play. The hoops you have to jump through to get the True End was my main issue with the game but otherwise I enjoyed pretty much every minute with Omega Quintet.

Starting with the first of two Western-developed games on on my list, Mortal Kombat X is game I waited a long time for and absolutely adored and still play despite it’s heavily reliance on 50-50’s in its core mechanics. It’s also the most violent title in my list, proving to be fairly controversial but true to its gory roots. Not only was the story a blast to play through, the DLC and patch support has been fantastic and the core list of fighters was filled with fan-favourites including my main Sonya Blade. I managed to get into the top 200 or so ranked worldwide, and in the 60’s or so on Mortal Kombat 9, but I play so many games that I couldn’t dedicate the times that others did! I loved playing with my friends and look forward to playing it plenty next year too. This tenth spot is the one I most struggled with as the other 9 had permanent spots, but in the end Mortal Kombat X got the flawless victory.

Ultra Despair Girls was a fresh take on the Danganronpa series and one I throughly enjoyed, although the arcade machien mini-games long outstayed their welcome towards the end and the final chapter was far longer than it really needed to be, but that doesn’t take away from the enjoyable action, brilliant visuals and voice-acting, and story that perfectly fits into the established Danganronpa universe. Komaru Naegi made for a great lead and she had fantastic character development during the course of the game, and I hope we see her again in future.

The second fighter on my list was also the first game to make my top ten, dating back as early as February! I was completely taken with Under Night In-Birth and it continues to pull me in for a few rounds every now and then, and I find myself listening to the OST every once in a while. It’s a shame that many overlooked this game as a PS3 exclusive and due to how niche it is, because it’s truly one of the best fighting games out there and I’m happy that NIS America acquired the rights to publish it despite likely knowing that it won’t be a big seller. It’s one of the hidden gems of 2015, and I hope you give it a go.

Well, that’s the Western titles out of the way! The Witcher 3 took me by surprise because I heard of how good it was and always thought, “nah, it can’t be that good” and then it blew away all expectations by surpassing them! The world is breathing and worth exploring, the characters and dialogue are expertly written and the OST perfectly accompanies it all. This is one game that lived up to the hype and showed developers how open-world games should be done. Sadly, Fallout 4 and Metal Gear Solid V pale in comparison to The Witcher, and I’m now excited to see what Projekt CD Red do next. There’s another open-world game which I think holds its own against The Witcher and I’ll be talking about that soon.

I’m counting this as a brand new title as it’s the first time it’s released overseas, and it’s not a remake so it deserves a chance to be on the list and it made it with ease! Yakuza 5 lives up to its predecessors whilst getting me super excited for Yakuza 6 and 0, and I hope that SEGA keep supporting the series in the West as it’s truly one of the best open-world games around and is bursting with originality – there’s nothing quite like it in the West. Again, this is another hidden gem of 2015 due to being exclusive to PS3, but I’m sure the fans who’ve been waiting years for it have felt that it was worth the wait.

Yes, I preferred Xenoblade Chronicles X to The Witcher. The story and world appealed to me more, and I found the combat to be more engrossing. Xenoblade blew me away with the grand scope of its world and its variety of battle options where you can battle on-foot or in your Skell – a mecha. Xenoblade is sure to top many lists this year and even those without a Wii U seem to be clamouring to play it and for good reason – it’s downright amazing. Monolith Soft, like CD Projekt Red, have shown up developers who’ve been creating open-world games for years and it seems that they both share a crown where open-world games are concerned, although I’m still very fond of Square Enix’s efforts which still boast some of my favourite open-world experiences to date and that doesn’t seem to be changing soon.

Whilst writing this, I realised I couldn’t include Devil Survivor 2: Record Breaker here because it’s a remake! After some list shuffling, I finally got things back on track. Third place goes to another game that released early this year, and also one of the first Platinum trophies I earned this year with two repeat playthrough’s which goes to Final Fantasy Type-0. I bought the collector’s edition and adored this game and I’d happily play through it again. Square Enix penned a fantastic story for this entry and the open-world elements, whilst not as fleshed out as the other open-world titles on this list, were great to see again in a Final Fantasy game and the ARPG gameplay was solid. With so many characters to choose from, it’s brilliant that they all played so different from one another and encouraged you to use them all. With a sequel being teased, I really hope it comes to fruition!

Having enjoyed the anime, I wasn’t sure how much I’d enjoy the game but it blew it away! I loved every second spent with Steins;Gate despite it making me feel uncomfortable and tense at times, but I love how it was able to make me feel that way (although it’s not unique in doing so!), and some of the endings were absolutely gutwrenching. The OST, voice-acting and some of the best dialogue and writing around make for my second favourite game of 2015, and one that I’ll revisit and enjoy time and time again. The art is damn gorgeous too! My little metal Upa proudly sits amongst some of my other figures.

Ah, the complete surprise title! Nobody expected this to be my game of the year! Nobody! Those who follow me on Twitter or read my review for Dancing All Night here will surely be shocked too! I love Persona 4 and I love rhythm games, so the fact that I fell in love with this game so easily isn’t surprising in the slightest. I earned the Platinum trophy, I’ve purchased almost every single bit of DLC and I’ve clocked in roughly 60 hours and counting. It keeps bringing me back time and time again and it’s certainly the game that’s brought me the most smiles and joy in 2015, and it was a certain winner for my personal game of the year.

Wittling down a list of ten games is very difficult, especially if you’re like me and have played roughly 100 games that released this year (and not counting those that released in other years), but I’m happy with my top ten although it would be quite different had I allowed remakes and remasters. All of these games stuck with me throughout the year and whilst there have been many fantastic games released this year, these were my favourites. I’ve had a few disappointments this year too but that might be a discussion for another time but if you haven’t played all of these games, I highly recommend that you do!

Latest posts by Mitch Jay (see all)
Spread the love!
Tags: 2015 game of the year 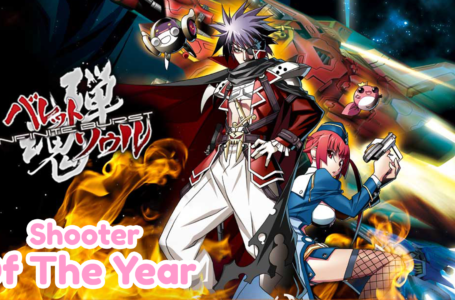 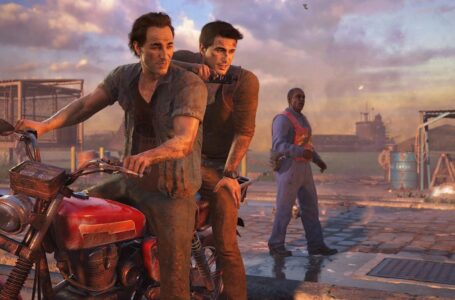