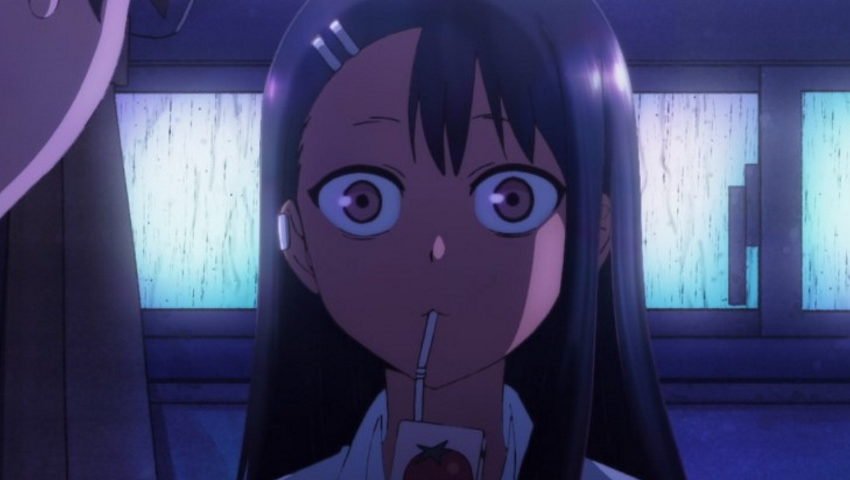 It’s fair to say that Nanashi’s Don’t Toy With Me, Miss Nagatoro is widely known for a number of its scenes being used out of context for memes. And as such, any anime adaptation of the source material was going to need to take great care to get those scenes in particular just right.

A whole bunch of those particularly iconic scenes occur in the second episode of Don’t Toy With Me, Miss Nagatoro’s anime adaptation, and fans of both the original manga and the memes it spawned will be pleased to hear that they have made the transition to full-colour animation perfectly.

Notably, while there were hints of this in the first episode, here in the second episode we get some real confirmation that Senpai is getting special treatment from Nagatoro. Not only do we see her specifically seeking him out when he’s alone, we also witness her distinct lack of enthusiasm for a blind date one of her friends set her up on. And in the latter instance, contrary to Senpai’s expectations, we see a rather more impatient, acidic Nagatoro than the energetic, impudent minx she is around Senpai.

In other words, the way she treats Senpai, although at times seeming rather mean-spirited, is out of a strange and twisted form of affection for him. Conversely, when she is confronted by an obnoxious boor of a young man who tries to make out the fact that he’s never touched a girls breasts is some sort of amazing life achievement that should cause her to fall at his feet in admiration, her simple response is, quite rightly, to say that it’s probably not appropriate to say something like that to someone you’ve only just met.

To put it another way, with Senpai, Nagatoro has jumped straight to the point in a friendship where you relentlessly rib and tease one another, often in quite offensive ways — the unfortunate thing is that Senpai hasn’t quite latched on to this at the same rate as Nagatoro has. But from the “blind date” scene, it is abundantly clear that Nagatoro behaves the way she does around Senpai because she actually quite likes him — and, more to the point, feels comfortable around him.

And it’s not that Senpai isn’t progressing his feelings towards Nagatoro at all; in the second episode of the anime, we already see a Senpai who is much more willing to talk back to Nagatoro and express himself — he even participates in her absurd “find the nipple” game, though circumstances end up dictating that it’s not exactly a fair fight on that regard.

More significantly, the pair bond over a manga that Senpai enjoys; while Nagatoro naturally immediately jumps to the assumption that Senpai enjoys “Big-Boobed Vampires” for less than wholesome reasons — as does the audience, in all likelihood — she ends up reading the whole thing while he is working on an art project, and concludes that it is “pervy, but actually pretty good”. We’ve all been there.

In this episode, we also see Nagatoro being much more willing to be physically intimate with Senpai, too. After reading the vampire manga, we get the iconic “my canines are pretty sharp” scene, during which she ends up straddling Senpai on the floor as she teases him about biting his neck with the assurance that she “won’t suck”. And in traditional romantic comedy anime style, we end up with a highly sexual accident — though here it’s an inversion of the usual “accidental boob grab” formula in that Nagatoro ends up getting a big old handful of Senpai dong.

While initially embarrassed by this, Nagatoro is the sort of person who can quickly shake off such an incident — at least she is when she’s with Senpai — but, understandably, Senpai finds it rather hard (no pun intended) to prevent himself from thinking about it after the fact. Indeed, in a scene found in both the anime and the manga, we see Senpai lying on his bed reading his vampire manga and clearly ending up extremely sexually frustrated after the earlier incident with Nagatoro unavoidably popping into his head.

The sexual tension between Senpai and Nagatoro is an absolutely crucial part of the original Don’t Toy With Me, Miss Nagatoro manga, and the anime is absolutely nailing this aspect so far. It’s never reaching a point where it feels like it’s getting into gratuitous fanservice — there’s a split-second panty-shot in this episode which makes perfect sense given the situation — but there’s an almost palpable sense of electrifying tension between the two main characters already at this early stage.

With the adaptation of a number of iconic scenes in this particular episode — including the aforementioned “canines” scene, plus the “juice box” scene that goes along with it — we can feel comfortable and confident that the anime adaptation of Don’t Toy With Me, Miss Nagatoro is in safe hands. For many fans, that will have already been clear after the first episode, but this second episode makes that clear beyond any possible doubt.

Notably, this episode makes excellent use of some highly varied background music to enhance the mood of a number of scenes — something that is obviously impossible for the original manga to do. The beautiful use of colour — particularly sunsets — seen in the original episode is present and correct here, too, giving a pleasantly nostalgic feel to important scenes. And the animation remains of good quality, too, combining exaggerated, stylised movements when Nagatoro is at her most energetic with more subtle body language and facial expressions during more intimate scenes.

This one’s a keeper, folks.

Don’t Toy With Me, Miss Nagatoro is streaming now on Crunchyroll, with new episodes airing on Saturdays at 5pm BST.