Hiroshi Matsuyama on the Future of Naruto, Implementing Feedback, and Using Next-Gen for “Expression” and “Reality”

That’s right, the thumbnail is correct, Matsuyama-san was dressed as Naruto throughout the interview – something he often does! This is the first Naruto game since the manga ended in Nov 2014. I was wondering how this changed the approach to developing and releasing Naruto Shippuden Ultimate Ninja Storm 4?

Of course, all the fans of the manga, myself included, have been missing the manga and are kind of sad about it. But right now there are new things going on. The Last: Naruto the Movie, in the last couple of months, for example. And also, this summer, the new manga is coming out for Naruto. In addition, at the end of April there will be a few new Naruto chapters in Weekly Shonen Jump too.

Overall the Naruto franchise itself is still going on strong and expanding. In the game itself we like to integrate as much as possible from the manga and anime episodes. We’d also like to include as much as possible from the New Generation Project [Naruto Shin Jidai Kaimaku Project] of Naruto in the game too. We’re still not sure how much we can do that. In order to expand the game, and to support the project game-side too, we are trying our best to make the best game possible. In a similar way to the spin-off manga coming out and the new movies, do you think Naruto can also live on in future video game projects?

We are not even thinking about the future yet, as we are putting all of our efforts into [Naruto Shippuden Ultimate Ninja Storm 4] right now. With the New Generation Project going on right now we are still trying to put as much as possible into the game. That’s what we’re thinking about right now, so we’re still unsure about what will happen next. As you said there’s been a lot of feedback from fans. Not only is it the story mode, but they’ve also demanded a lot of boss battles and they’re saying “this character is strong enough for a boss battle” and that kind of stuff too.

Also in the free battles in [Naruto Shippuden Ultimate Ninja Storm] Revolution we had three different battle types: Ultimate, Awakening, and Drive. But after releasing the game we got lots of feedback from fans again saying that “those are good, however we would like to enjoy all of those in one game”. After getting the feedback we reconvened with the teams and reconsidered the battle types again and now we put everything into the one game type, so that players can enjoy the Ultimate, Awakening, and Drive modes in the one battle using one character.

Also as a new battle feature there’s the change leader system. Now there can be a lead character, and you can switch them. It means that all of three characters can be a leader character, and an an Awakening and Ultimate can be used for each of them. Which means it expands the strategic possibilities too. Fans can be satisfied that the feedback they’ve been asking for has been answered. This is the first Naruto Shippuden Ultimate Ninja Storm to be on next-generation consoles. I was wondering how have you guys managed to utilise that for this one?

The first thing we discussed as a team was it’s not just about adding polygons, that’s not the main thing we like doing. Instead, we wanted to give more lively “expression” to the game. We wanted to express more “reality” into the game, which isn’t to mean it’s real, but, for example, with fireball jutsu, previously it would just hit the enemy. But now it will set their clothes on fire, and if they go into water, the fire will go out. The natural behaviour of things, and giving a lively impression to the players. That’s one of the main thing we’ve been looking at using the next-gen consoles’ powers. 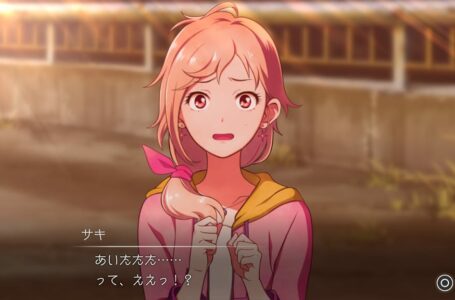