The 10-year anniversary remake of the Square Enix game Nier Replicant has been rated in Taiwan for PS4, Xbox One and PC. That means we might receive more information about it soon, such as the key detail of a release date. The news comes from Gematsu, who spotted the detail and tweeted out links to the Taiwanese ratings.

The original Nier Replicant was a 2010 PS3 exclusive that released only in Japan. The game we got to see in the west, simply called Nier, was named Nier Gestalt in its country of origin and was the version made for Xbox 360. The two variants were pretty similar, but Nier (or Nier Gestalt) featured an older protagonist trying to save his daughter, whereas in Nier Replicant a younger character sought a cure for his sister.

The upgraded version of Nier Replicant will feature plenty we haven’t seen before, however. As well as updated graphics, there’ll be new music, voice acting and a completely new character. More importantly, the original Nier was not a hit success like its sequel. For millions of fans this remake will be a chance to revisit a world they were introduced to by Nier Automata.

A teaser trailer for the upgraded version of Replicant, which has the excessively complex name Nier Replicant Ver.1.22474487139…, arrived in March, but we’ve heard scant little since. And it would be understandable, given y’know… everything, if the game’s release had been pushed back a year. This is a good sign that perhaps a 2020 release date is on the cards after all.

It’s worth noting that the Tokyo Game Show is only three weeks away. Nier Replicant hasn’t been included in Square Enix’s official TGS lineup, but fingers crossed there’ll be some surprises. 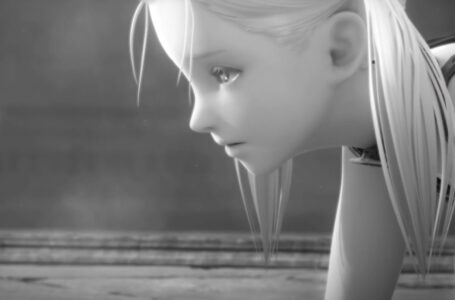