There’s been something of a trend of games enjoying great turnarounds in the last few years. We’ve had Final Fantasy XIV’s resurrection from commercial flop to one of the most beloved games of the last decade; we’ve had No Man’s Sky disappoint everyone on launch, only to deliver an experience far beyond anyone’s expectations with its subsequent updates — and now we have Nier.

Nier is different, though. Nier wasn’t a bad game on its original release that has been completely revamped from the ground up to finally be good. Nier was a fantastic game on its original release for PlayStation 3 and Xbox 360 in 2010; it’s just that no-one “got” it — or, at least, no-one in the games press “got” it, which means that game was forever sullied with a mediocre Metacritic rating. And as we all know, completely arbitrary numbers mean everything to your average Internet denizen.

I remember the first time I came into contact with Nier. I was a participant in a podcasting group that had its origins on some very elderly (and now sadly defunct) gaming forums at the time, and we made a point of focusing on overlooked and underappreciated games for our discussions. In retrospect, it was inevitable that Nier would come up eventually; even then, we were relatively early to the Nier party in the grand scheme of things, putting out our episode on the subject in 2012. (If you’re super-curious, the episode is archived for posterity here!)

At the time, there was an almost apologetic feel to one of our number recommending the game; a real sense of “this is actually really good, but…” and I think this stemmed from the mediocre critical reception it had upon its initial release. In the early 2010s, we were yet to see various incidents that would irreversibly damage the sense of trust between the professional games press and the game-playing public, after all, so it was easy to feel a sense of unease about “going against the grain”, as it were.

I had already been living in a world where I preferred to make my own mind up about things rather than care about arbitrary numbers for several years by this point, however, and I thought Nier sounded absolutely fascinating — so I tracked down a copy, fired it up and gave it a go. And I found it nearly impossible to put down once things got rolling.

Nier never felt like it was doing these things for the sake of being edgy, however; the context in which things were unfolding — and the additional narrative information you get on subsequent playthroughs — made it clear that this was a game which had been designed with a lot of thought and careful consideration, and if you look into the additional background material that has been created for the series over the years, things only become more impressive.

It was also a game which wasn’t afraid to acknowledge the fact that yes, it was a video game and as such wasn’t necessarily beholden to the same conventions of other visual art forms. But it even stood out among other video games by refusing to be completely constrained to the “third-person action RPG” genre to which it initially appeared to belong.

At times, it became a side-scrolling platformer; at others, a top-down dungeon-crawler with a Zelda-like feel; at others still, it switched to survival horror-style fixed camera angles, or a Diablo-style isometric perspective. In several particularly memorable sequences, it eschewed graphics altogether in favour of completely text-based gameplay with a musical soundtrack — and not coincidentally, these were among the most emotionally affecting scenes in the game, particularly when they involved the character Kainé.

To say too much about Nier — both mechanically and narratively — is to spoil the experience for anyone who has yet to explore it, however, so I’ll refrain from giving too much away. And with those mediocre reviews back on the game’s original release, I suspect there’s a fair few people out there who have never explored it. Those who never even thought about touching the original PlayStation 3 and Xbox 360 versions will be able to jump into the new version of Nier Replicant — and perhaps even return to those old PlayStation 3 and Xbox 360 versions — with open eyes and a receptiveness to what Taro Yoko and his team have created. And I kind of envy them for that!

So what changed, exactly? It’s honestly rather hard to pin down the exact point at which people starting going “hang on, Nier is actually really good”, but I suspect it’s an indication that over the course of the last ten years or so, discourse surrounding games has grown up considerably.

Sure, there are still a lot of aspects we need to work on — most notably with regard to the quasi-Puritanical flare-ups we see every so often, not to mention the inherently combative way in which many gamers and journalists tend to interact these days — but on the whole we, as a group of enthusiasts of a particular creative medium, are much better at talking about games than we used to be. And in particular, the community is very good at filling in the blanks sometimes left by the professionals.

Nier: Automata helped, of course. But there had to be interest for this to even happen in the first place — and even though people were already acknowledging the fact that yes, Nier had always been a very good game by the time Automata was announced in 2015, it was still an enormous surprise to everyone. What was even more surprising was quite what a success story and cultural phenomenon it would end up being; certainly a far cry from what the original Nier had enjoyed earlier in the decade.

The fact that Automata was a standalone story helped matters a great deal, too. While there was plenty of series fanservice in there for those who had been paying attention since Drakengard — for the unfamiliar, the entire Nier series is technically a spinoff to a secret ending from the original Drakengard on PlayStation 2 — at no point did you ever find yourself feeling like the original game was “required reading”. And that, of course, means that a modern rerelease of Nier Replicant makes perfect sense: since the two games are mostly standalone stories that nonetheless have a few common elements, it doesn’t matter too much which order you experience them in.

And for those who were there first time around — well, now you get a new Nier experience, because in contrast to the “Daddy Nier” game we got here in the west back in 2010, now we get to enjoy the “Big Brother Nier” experience that was originally designed for the Japanese market — plus some all-new stuff for this version. So even if you’re as grizzled and Black Scrawl-encrusted a Nier veteran as I am, there’s still reason to check out this brand new version.

And if you’re new to the series? Buckle up, you’re in for a wild ride. 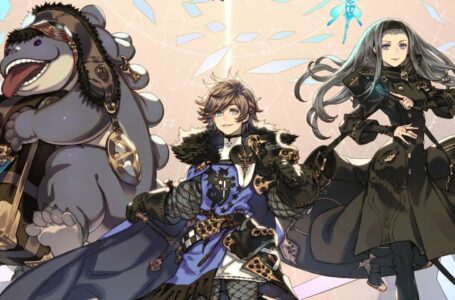