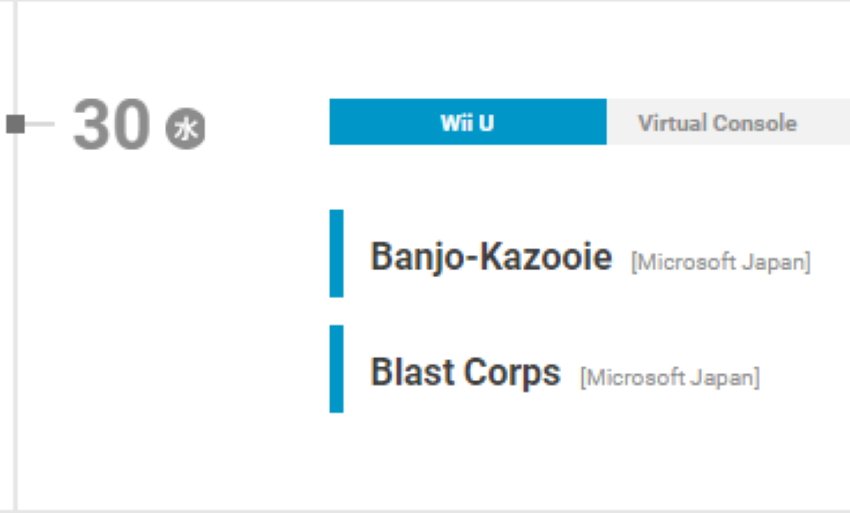 Last night, Twitter user @wight90297332 discovered that the N64 titles Banjo-Kazooie and Blast Corps had been listed for release today by Nintendo. Though, rather than joining NES and SNES games as a part of Switch Online, they were instead coming to the Wii U.

Of course, this turned out to be a false listing, with Nintendo removing them earlier today. Now when you check the Nintendo Japan release calendar, a message at the top states that ‘Banjo-Kazooie and Blast Corps were listed as Wii U titles to be released on December 30, but will not be released. We apologize for the error.’ (thanks to Gematsu for the translation).

Whether this means that Banjo-Kazooie and Blast Corps could be coming to the Switch at a later date is unknown. It would make sense for N64 games to be available via Switch Online next, even if they end up being ones now owned by Microsoft.