For the last few years, there have been ongoing conversations as to whether or not E3, the Electronic Entertainment Expo, is still relevant in this gaming modern world. Understandably, these questions have been particularly pertinent over the course of the last couple of years, with the COVID-19 pandemic making large-scale public or trade events impossible.

And, going by the strength — or the lack thereof — of this year’s event, I think we can say we’re fast approaching a situation where we don’t need E3 any more.

There were a few highlights, of course — the Final Fantasy action RPG Stranger of Paradise Final Fantasy Origin looks intriguing (plus its demo actually works now), and people who like Microsoft and Bethesda things seemed satisfied with all the Microsoft and Bethesda things they saw. But there were also some low, low lowlights, with one of the most significant being Bandai Namco’s half-arsed five-minute presentation about a single game that isn’t one of the ones people wanted to actually know more about — like, say, Tales of Arise or Elden Ring. (And no Ridge Racer Collection announced, either.)

After the Nintendo Direct yesterday, people were quick to declare Nintendo the “winner” of E3, placing them high atop the inevitable “tier lists” on social media, well ahead of everyone else. And for sure, Nintendo’s presentation was light years ahead of pretty much anything else we saw over the course of the entire event. But it was a very far cry from the best Nintendo Directs we’ve ever seen in the past — and the fact people were talking it up so much is more an indictment on the exceedingly weak quality of every other event than anything else.

For starters, a significant number of the games in the Nintendo Direct are remasters of games we’ve seen before. Now to be fair, Project Zero: Maiden of Black Water is an amazing game that has been held hostage on the Wii U platform for far too long — plus Koei Tecmo’s vague hinting around the issue implies that there might be more on the way — but it transpires that’s not a Switch exclusive at all. Likewise, Super Monkey Ball Banana Mania is a nice way to get back into a lovely series from Sega or introduce it to newcomers — but again, neither a Nintendo exclusive nor a new game.

The Advance Wars remasters were a welcome sight, and the revamped character art and animations look lovely — though I can’t help but feel that the new 3D visuals for the strategic and combat sequences have lost some of the charm of the original handheld versions’ pixel art. Like Project Zero, this is arguably more exciting due to the implication that there might be more Advance Wars in the future — but being able to play Advance Wars in some form on your TV without resorting to emulation, hardware hacks or expensive GameCube accessories is undoubtedly a good thing, particularly for those new to the series.

So far as new games go, the footage from Shin Megami Tensei V looked excellent, and the presentation actually did a good job of explaining what Shin Megami Tensei in general is all about — so hopefully fewer people will jump into it blindly expecting another Persona.

It was particularly noteworthy to see such an androgynous protagonist in the lead role; some social media users saw the footage as a big win for non-binary representation. Whether or not this was intentional on Atlus’ part is perhaps debatable — the series’ iconic art style has always had a certain amount of androgyny about many of its main characters — but it made people happy nonetheless, so who are we to argue?

The indisputable highlight of the Nintendo Presentation was Metroid Dread, the fifth mainline Metroid game after Metroid, Metroid II: Return of Samus (and its 3DS remake Samus Returns), Super Metroid and Metroid Fusion. While new to a lot of people, Metroid Dread has actually been around in one form or another since the mid-2000s, and had rather notoriously been stuck in development hell for various reasons.

The game was initially planned for release on Nintendo DS, and was expected to be officially announced at E3 in 2005 or 2006, but this never happened. It appeared in the February 2006 issue of the Official Nintendo Magazine, which claimed it would release in November of 2006, but this never happened. Speaking in a video on the history of the project released by Nintendo after the Direct, Metroid series designer Yoshio Sakamoto said that the technology of the time was not ready for the project.

In 2007, players spotted a message in Retro Studios’ Metroid Prime 3: Corruption which stated “Metroid project ‘Dread’ is nearing the final stages of completion” and many interpreted this as an Easter egg confirming that the project was still underway; this was later denied by the game’s director Mark Pacini, and the message was edited for the later Japanese release.

In 2008, a Metroid Dread prototype appeared behind closed doors to Nintendo staff at E3 2009, but this version did not meet Sakamoto’s expectations and was cancelled. A year later, Sakamoto confirmed publicly that Dread had existed, but that if it was ever to see the light of day, Nintendo would be starting completely from scratch — and paying close attention to what the fans wanted. The story was complete, but the technology still wasn’t up to the job.

Finally, however, the Nintendo Direct at E3 this year confirmed that Metroid Dread is back once again, and will appear on Nintendo Switch in early October of 2021. It’s being developed as a collaborative affair between Nintendo EPD and MercurySteam, the latter of whom developed both Metroid: Samus Returns and Castlevania: Lords of Shadow – Mirror of Fate on 3DS. According to Sakamoto, MercurySteam had impressed Nintendo with how well their tech worked on Switch, so they were brought on board to help out with the new project.

All this is wonderful, of course — it’s always a delight to see a notorious piece of vapourware be brought back from development hell, particularly when it looks as good as the footage we saw at the Direct — but one can’t help but wonder if a 2D side-scroller is really going to be the big-ticket item Nintendo clearly hopes it will be.

Metroid fans will gobble it up, for sure — and heaven knows they’ve been hungry for something… anything… for a long time now — but the more shallow end of today’s gaming community may well turn their noses up at anything which isn’t a fully 3D cinematic experience.

There’s also the fact that in the indie sector in particular, there are a lot of developers who have been quite happily out-Metroiding Metroid for a long time now; titles like Astalon: Tears of the Earth show absolute mastery of the open-structure 2D platformer genre, and as such Metroid Dread is going to have to provide something truly special in order to stand out in what is now a rather crowded market. Brand name recognition will get it a certain distance, of course — but that game better be damned solid to stand a chance in today’s market.

Outside of that, Nintendo’s presentation did surprisingly little with its biggest properties. The only appearance of Mario was in the Mario Golf game we already knew existed; WarioWare looked neat but always feels like a B-tier series for Nintendo in terms of how they treat it; the footage for the sequel to Breath of the Wild (which, interestingly, still doesn’t have an actual name) was nice but didn’t tell us that much about the game; and the only other Zelda material was the Skyward Sword remaster we, again, already knew existed — plus some Hyrule Warriors: Age of Calamity DLC and an admittedly very nice looking Zelda Game & Watch.

The Switch’s biggest critics are keen to point at Nintendo and say they don’t do much with their big IPs year on year, and the platform is weak as a result. You and I know that this is absolute nonsense, of course, since the wealth of amazing third-party titles (particularly from indies and Asia) on the platform makes the Switch arguably the strongest console out there in terms of library.

But a Direct like the one we saw at E3 isn’t going to do much to sway those ill-informed critics who focus entirely on Nintendo; the presentation as a whole ended without a real feeling that there had been a truly memorable “wow factor” at any point in the whole thing, at least not in comparison to previous years.

Despite all this, the Nintendo Direct was still, undoubtedly, the best thing at E3 2021. Nintendo most certainly “won” E3 this year — I just wouldn’t consider that a victory particularly worth crowing about this time around. 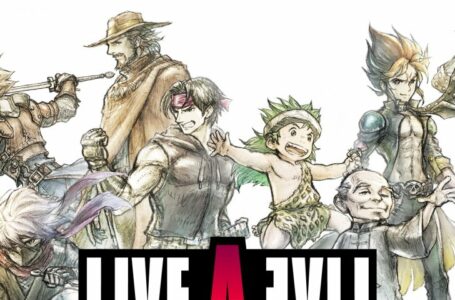