Owari no Hoshi no Love Song released on April 25, 2012 on the Flaming June independent record label. It was lyrically and musically produced by the talented Jun Maeda, who you’ll likely know as one of the major contributors to the studio KEY, and the vocal performances were the work of Yanagi Nagi, best known as supercell’s first guest vocalist.

It’s a masterpiece of both pop and concept albums, and it peaked at sixth place on Oricon’s weekly album charts. Without question, it withstands the test of time as one of my favourite music records to have ever existed. I’ve previously talked about how and why DECO*27’s Love Calendar never fails to impress me, but Owari no Hoshi no Love Song is something else entirely.

In honour of my obsession with this album for a full decade, I thought I’d give you a rundown on why you should give this unforgettable musical journey a listen. And if you want to know more, there’s a scan of the English translations booklet you can read through while listening to the album.

The collaboration came about as a result of Maeda taking notice of Yanagi during her time with supercell. After finding himself drawn to supercell’s album Today is a Beautiful Day, on which Yanagi performed, Maeda proposed a concept album where he would be able to explore multiple thematically connected storylins. He was suffering from depression at the time, and he credits both Yanagi and the production of Owari no Hoshi no Love Song in helping his recovery.

Impressively, Maeda took less than a month to compose and write these songs. He challenged himself, formulating tracks he wanted to experiment with and making a distinct effort to make them sound quite unlike anything he had composed before. This resulted in a variety of different sounds: the “chaotic” feel of Killer Song, the spoken word delivery of Koru Yume, and the quicker tempos heard in tracks such as Muteki no Soldier.

It also allowed Yanagi to fine-tune and improve her skills so that she would be able to deliver on these tracks; they demanded more breath control, clear yet quick enunciation and a high sense of energy throughout. She’s never sounded this impressive, and her ethereal vocals are being challenged to the limit. Through sheer practice and determination, she excelled, and thanks to each song’s wonderful production, Yanagi’s voice shines through, making this album one of her best musical endeavours. She tackled the challenge head-on and thrived wonderfully.

We won’t cover every single track on the album, since most of the enjoyment comes from immersing yourself in the stories and making sense of them in your own way. Instead, I’ll cover a select few to explain how the album functions as something truly special.

Each track on Owari no Hoshi no Love Song explores the same themes through short stories, following a pair of characters who are facing the end of their own worlds. The album presents these stories in a three-act structure and jumps from being told from the perspective of either the male or female partner, and they inevitably end in either hope or despair.

Owari no Sekai Kara (From The Closed World) starts off the album as a tragic sci-fi tale following a young female who leaps through time. She hopes to reconnect with a person from her past that she was interested in, but she never manages to get the right timeline. It regrettably ends on a sour note, with the girl in a world that contains nothing she is used to due to her excessive time jumping. But she refuses to give up, and still intends to find him against all odds.

As an opening track, it sets the tone of Owari no Hoshi no Love Song and what to expect from it, as well as leading nicely into the second track Futari Dake no Ark (An Ark Just for Two).

This track leaves the female character alone once again. The idealistic, innocent dream of her male comrade spurs her on even after he succumbs to harsh weather on their shared journey. With her companion failing to complete their quest to locate the song’s equivalent of Noah’s Ark, his aspirations carry on through her, and she’s the one who keeps his hope alive.

The song functions as a reminder that good eggs are always the ones to be taken from us the soonest — but that in their absence, they can continue to inspire. This is an element prevalent across the entire album that becomes more and more obvious as you approach the end.

The rest of Owari no Hoshi no Love Song follows a similar pattern. Slower ballads such as Flower Garden unfold from the male character’s perspective as he tells the story of caring for a weak, ill female companion who wants to see the outside world; she ends up suffering the consequences by doing so.

Tracks in the latter half of the album such as Last Smile also switch to the male companion’s perspective and depict the female character meeting a tragic end instead. However it happens, leaving a loved one behind is not an easy experience.

I actually consider Last Smile to be the magnum opus of the album. The female character is a researcher looking to cure a dying world for the sake of its children’s future. Through her research, she becomes contagious and ends up living life behind glass in isolation until she takes her final breath. The male character keeps her company from the other side of the glass, and the pair partake in irrelevant and random conversations until her very last moment.

There won’t be a dry eye in the house while listening to this track, and its message is truly touching. After a life of failure and disappointment in her career, his companionship, however physically distant, is what gave her a peaceful and content send-off. Through such a difficult time and a seemingly hopeless situations, she was able to make the best of things thanks to him.

In such a sad and bleak world where he felt that he did nothing to provide for or help her — and where she was unable to fulfil her life’s ambition — they both feel fulfilled in their own small ways by being there for one another. Because no matter how dire the situation, there is always something good to be seen and experienced from the things life throws at us, however small and fleeting it might be.

There’s something meaningful to discover in every track on Owari no Hoshi no Love Song, and the story is topped off with Hero no Jōken (Conditions of a Hero), the song that ties everything together. It’s in this song that the album’s true concept reveals itself. The narrator, a female this time, acknowledges past events — distant, historic stories about everything the prior tracks have described.

The song references all the previous tracks, and it’s at this point that most listeners will likely realise the entire album is telling an overarching story within a shared universe. Each track has become an event or legend of the past that is remembered by this single song, and provide the reasons for how and why the male character in question here goes on living, growing in strength and wisdom.

This creates a domino effect, where every single choice made in these worlds are connected and have a knock-on effect to present and future events within the universe. Through all these stories of talented individuals such as an invincible warrior, a wizard, a professor and a king, the album closes out with a couple introducing their first child to a new world.

I choose to interpret this as coming from the female character of the previous song, who becomes romantically involved with the average, everyday hero of Hero no Jōken — a song about sheer optimism and resilience that we can all relate to and apply to our own lives.

In this 12th track, he accepts how “normal” and unimpressive he is compared to all of the prior heroes from the preceding stories. But he doesn’t let that affect his own desire to be a hero; he can’t perform to the same exceptional ability as these figures, so instead he brings joy to others through clowning around. In this way, he becomes a hero to children through his chosen profession despite how “unheroic” it might appear compared to the past tales. The song ends with the female companion showing interest in him for his humble efforts and good intentions.

Finale track Kono Hoshi no Birthday Song (Birthday Song for This Planet) brings the album full circle, complementing the opening by bringing us the second part of the album’s title as well as featuring the characters from the cover art in its illustrations.

Everything ends on the most obviously hopeful line of the entire album, with the pregnant female character choosing to believe in the future for the sake of her family.

Where there is new life, there is always pain

So I will give birth

And there will always be happiness for everything

Across barely 70 minutes, Owari no Hoshi no Love Song addresses so many important, significant messages. There are acts of heroism, people overcoming all odds and the feeling that you should never give up, instead accepting and appreciating that life is all about how the ordinary can be extraordinary.

There’s so much to say about how Owari no Hoshi no Love Song is constructed as an endless cycle that represents how life goes on even after death, and how humanity learns, grows, adapts and changes for the better — even if it’s just through one seemingly insignificant individual. Simply living our best lives for those around us — those who will remember what we say and do — gives us all the meaning we need to justify a life we give purpose to.

Listen to it right now

Owari no Hoshi no Love Song is a poignant, emotional and imaginative album. It remains a title I will continuously scrutinise and try and look more deeply into until the very end of time.

Its messages are plentiful and timeless, touching upon the importance of resilience and hopefulness. Even in the darkest of stories, worlds or real-life situations, there is light at the end of the tunnel. It’s something that has become more and more necessary to remind us of with each passing year — and for that reason alone, this record remains one of my all-time favourite discoveries.

Obviously, you need to listen to it to truly appreciate its appeal, and thankfully you can find it on numerous platforms including iTunes and YouTube — sadly no Spotify for this one.

Do yourself a favour and lend your ear to it whenever you need a friendly reminder to keep going. 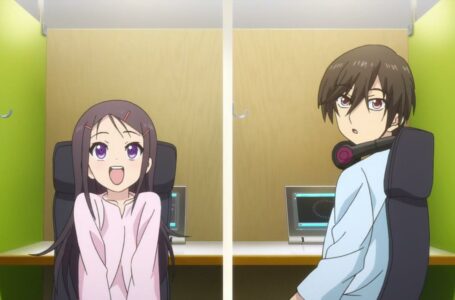