We love a good competitive game, especially here in the office with games of Mario Kart and screeching at each other being commonplace. SCRAP RUSH!! is an upcoming such title, inspired by the popular party-ruiner Bomberman, coming to Nintendo Switch and PC via Steam in Europe and North America this summer.

PQube and Acquire are have announced that this maze-based arcade game will be coming West, after it trended in the Japanese eShop last month. We’ve embedded the announcement trailer below, and it looks like a lot of fun. The basic premise sees you creating or finding blocks, lining up your shot, then crushing your opponent between the block and a wall. Brutal. SCRAP RUSH!! puts you and your friends into an arena full of metal blocks that might remind you of classics like Bomberman. Instead of bombs, you collect scrap, turn it into blocks, launch them in straight lines to crush your opponents between them and the wall to grab their scrap while dodging other players’ attacks! Depending on the game mode, last robot standing or the one with the most scrap wins. With any good party game, there’s a copious amount of game modes to play around in; divided broadly into Player versus Player and Cooperative Games, both of which allow up to four players. What do you think? We can’t wait to scream at each other for crushing us. What do you think of it? Let us know in the comments, or on Facebook and Twitter, and check back for more coverage of interesting Japanese titles. 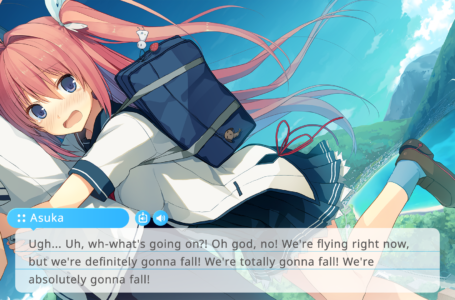 Aokana – Four Rhythms Across the Blue...