Pokémon’s latest spin-off game, Pokémon Unite, had me on a serious emotional rollercoaster from the time it was first announced up until its release — and it’s left me having to eat my words. I’ll be talking about the game in more detail throughout this piece… but just know that a game I honestly thought was going to be awful proved me wrong — big time.

Pokémon Unite is a MOBA (Multiplayer Online Battle Arena) game, similar to other titles such as Dota 2 or League of Legends. I say MOBA, but MOBA-esque or MOBA-lite would be more appropriate as there are a lot of ways in which Pokémon Unite differentiates itself from other traditional MOBA games.

How does Unite differ from other MOBA titles?

MOBA games usually consist of 5 vs 5 teams in which players select from a huge pool of characters, then move to their designated areas on the map and proceed to earn experience and gold through killing continuously spawning enemies known as “creeps”. The ultimate goal in these games is to work your way up the enemies’ side of the map and eventually destroy their main structure.

Pokémon Unite definitely takes cues from these games, but it also does enough different that it feels like an entirely fresh and new experience — and I say this as someone with an embarrassing number of hours in Dota 2.

The map in Pokémon still spawns AI enemies that you knock out and capture because it’s Pokémon, and there are still lanes that make up the map. There’s even a huge AI Zapdos that spawns in the final stretch of each game that acts in a similar way to Baron from League or Roshan from Dota.

Pokémon Unite does, however, change a lot of things up. For example, there are no items that you can buy mid-game, which means that money isn’t a factor when you’re playing. As you continue to play a match, you’re given Held Items, such as Potions, Full-Heal and Leftovers, and these are equipped before the game begins. Rather than slowly making your way up the enemy’s side of the map and destroying structures, you will collect Pokéballs every time you defeat an AI or enemy player; these can then be scored in the enemy team’s control points.

Another area in which this game differs, which honestly surprised me, is that there are ability options as you level up. So, when you pick your Pokémon and leave the base, you will have your base ability such as Pikachu’s Thundershock. Once you reach a certain level you will be able to upgrade that ability into something new, and this is where you are given the option to choose between two skills. While this is ultimately a kid-friendly game, this aspect actually adds a really cool bit of depth as you can change your build depending on what enemy Pokémon you are up against.

The biggest difference, though, is the time limit. Typical MOBA games are rather long — a game of Dota 2 can be a commitment of 45 minutes or more. I once had a game of Dota 2 that lasted almost 2 hours — it’s safe to say I wished I had never opened the game by the end of it.

Pokémon Unite games, meanwhile, are 10 minutes long and thank God they are. The games being this fast-paced and short helps to eliminate some of the more boring aspects of the genre, such as respawn timers which scale with player level, while still retaining a lot of the fun parts.

So is it good?

Honestly… Yeah! The game is a really fun little MOBA that I think most people, even those who may not be big fans of the genre, may find themselves enjoying. The pace of the game keeps the action coming and the dull moments are almost non-existent thanks to the speed you level up and the time limit placed on the games.

The game isn’t perfect by any means. For starters, there are 20 Pokémon in the game at the moment, and some of the Pokémon included are questionable choices, to say the least — Zeraora and Crustle but no Blastoise, Arcanine, or any Gen 2 Pokemon? Really?

The game employs the League method for characters as well, meaning you only have access to a few Pokémon initially, and you will have to unlock the others through in-game currency or paying real money for them. Thankfully there are Pokémon that become free to use on a time-based rotation, so at least you can test out Pokémon before committing your hard-earned cash — be it virtual or real.

It is a game on the Switch, so as you can imagine there are some performance issues here and there — FPS drops, you guys know how it is — especially when everyone is using their abilities and the screen gets filled with particle effects. The game will also be released at a later date on mobile with crossplay between the two platforms, so I can only imagine the plethora of problems that will come along due to that.

Overall though, the game is a genuinely pleasant experience that I have been really enjoying both on my own and with friends.

MOBA games are notorious for having toxic fanbases that really punish new players who are simply trying to learn. Pokémon Unite doesn’t even have an in-game voice chat or text chat system, just preset messages. It may not seem like much, but this really helps for the types of players that get anxious at the thought of being berated for mistakes that everyone makes. 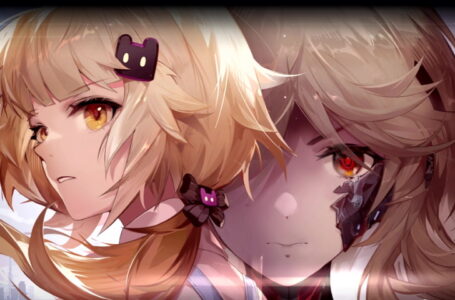 Tower of Fantasy gets off to an...