Pretty Princess Party, a game developed by Nippon Columbia for Nintendo Switch, first released on the December 5, 2019 in Japan under the name Pretty Princess Magical Coordinate.

We would see an international release through Aksys Games just under a year later on December 3, 2020. The game, which was renamed for its western release, dropped with very little fanfare over here. It seemed to be dead on arrival; it didn’t get much marketing, we didn’t see much gameplay in its trailer from the New Game+ Expo in June 2020, and additionally its localised name doesn’t really indicate what type of game it is.

Now that I’ve finally got my hands on an imported physical US copy of it, it’s high time I talked about this game — because it took up way more of my energy and dedication before I even noticed I’d gotten hooked!

Coordinating is the key

We find ourselves transported to a fairy-tale land fit for a princess, but its palace is rundown and in need of a major redesign and renovation.

By completing the game’s often rather broad objectives — sometimes as simple as placing any kind of table, no matter its appearance — the next room will unlock, and more towns-bunnies will take up residence in your domain.

This, in turn, opens up the possibility of even more customisable items unlocking if you accept their requests to decorate their own small homes. Once you complete these, you receive recipes to use, allowing you to discover even more adorable items to fill up the palace’s twenty rooms — and accessories to customise your princess with.

The core gameplay in Pretty Princess Party is the decorating of rooms. If you’ve ever wanted to be an interior designer Princess, then you’ve found your calling here. It’s perhaps easier to think of the game as being in the same ballpark as Animal Crossing: Happy Home Designer, but with a design similar to that of the adorable RPG Moco Moco Friends — which just happens to also be a Nippon Columbia title. Sadly, Europe missed out on that one.

If either of these two titles appeal to you, then read on — or better yet, buy yourself a copy of Pretty Princess Party already! Either way, we’ll be looking into what makes Pretty Princess Party so entertaining, because despite the few shortcomings in its presentation — long loading screens and its awkward camera mode being the worst offenders — the game is surprisingly addictive and a joy to play in downtime.

Pretty Princess Party has over 1300 furniture items and 316 fashion items to unlock. Each room’s design can encompass a theme unlike the previous one. One might have a Gothic aesthetic, while the next could have a bubblegum palette appearance with appropriately placed sweet food scattered across adorable tables and units.

You can even make many rooms revolve around the theme of bunnies if your heart desires. The game really takes this creative appeal element and runs with it to an admirable extent. Not like any of us are complaining!

It does, however, reinforce the feeling that the game was marketed towards a younger player — but for all its glittery cuteness, the casual aspect of Pretty Princess Party provides a highly alluring style of gaming that feels underrepresented in the gaming market in recent times.

A game fit for a princess of any age

Pretty Princess Party is predominantly aimed at children, specifically young girls. Its dress-up activity is another nod to its appeal for this age range; there’s an overwhelming amount of unlockable customisation options to dress up your princess in, such as dresses, shoes, tiaras, makeup, hair ornaments — the list goes on. These unlockables are just one example of the variety of achievement rewards the game sets up the player with — providing an appealing aspect for older players.

The completionist element runs rampant throughout the game. Completing each room to the necessary standard the game requires leads into even more challenges to spice up even more rooms. And to keep things interesting, you can tweak the difficulty level in the various mini-games — on hard difficulty, many of these provide a surprising amount of brain training even for adults.

The game’s princess stats unlock even more items as you level each up towards their maximum of 10 points. You increase your stats when playing the mini-games — these also add even more Lumina into our pretty pockets. Lumina is the in-game currency used to purchase the only items needed in your princess endeavours; furniture and clothes. Besides playing mini-games, accumulating Lumina is as simple as greeting the other princesses and giving a high five to your bunny residents as a daily boost. It’s always a cute and wholesome time in this world after all.

The mini-games each have a focus on reaction timing. There is a ballroom rhythm game; an archery game where you must shoot disappearing targets while avoiding bunnies, a bouquet collecting race, a cake making contest, horse racing, and a knowledge test.

Each mini-game is very basic, and it is an undeniable fact that the game would have felt much less repetitive if there were more of them added. Each takes only two minutes or so to complete, however; since you’ll be redoing these activities on many occasions, you’ll be thankful for their short length so you can move back onto the superior interior design segments with relatively minimal interruption.

On a final note, the special recipe option when creating new items is actually a gacha-style system that unlocks items you otherwise would not be able to find elsewhere. It provides a safe but addictive mechanic to enjoy — and no additional money can be thrown at the title through in-game purchases, in case a younger player is in control of the princess party.

Possibly the most suspicious mechanic in relation to this point is the game’s deciphering tablets mechanic. It takes the hard working bunny a certain amount of real life time to make sense of the tablets, and by chucking more Lumina at him, he will work at a quicker rate to deliver the goods. While it is nothing game changing, it’s an element that manages to make the title look cheaper and feel like it was originally designed to be a free-to-play mobile title.

But for what it is worth, Pretty Princess Party has become a guilty pleasure of mine — so there’s doubtless at least a few others out there who might appreciate knowing of its worth!

It’s no surprise that Pretty Princess Party is targeted towards children and those under my age bracket. But the game highlights a certain gap in the market for these overtly “girly” titles, similar to that of the Imagine and Style Savvy/New Style Boutique series — and of course the childhood gem that is Princess Debut on the DS.

In fact, the entire aesthetic of Pretty Princess Party is a dying medium except in the field of mobile games, and while certain aspects of the game could have seen improvement such as overall polish on its character models and animation as well as the aforementioned mini-game issue, it’s an appreciated effort which I would like to see more of on consoles.

For the right player, Pretty Princess Party will keep you entertained for hours and hours thanks to its consistent trickle of unlockable items and engrossing interior design mechanics. It’s a surprise hit in my book. Give it a chance! 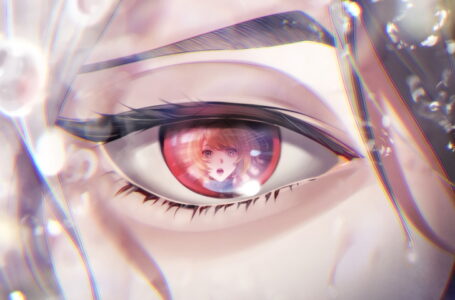