Mobile games — that is, games specifically designed for mobile phones rather than being ported from other platforms — have very much developed their own distinctive character over the years. Cygames’ newest global release, the awkwardly punctuated Princess Connect! Re: Dive, is a fine and representative example of this — but if you’re more accustomed to gaming on computer and console, it’s easy to feel like this game has a bit of an identity crisis.

For the unfamiliar, Princess Connect! Re: Dive is a sequel to Princess Connect!, a Japan-only iOS and Android game that ran between 2015 and 2016. No knowledge of the previous game is required; in fact, the very concept of the new game is that the previous story did not conclude with its original finale, but instead experienced a “bad ending” that effectively reset everything, jumbled up the world’s continuity and left everyone a bit confused. Taking on the role of a self-insert character (known as Yuuki in the anime adaptation), it’s up to you to unravel the mystery of what happened to the world and, in the long-term, sort everything out.

With this being a free-to-play gacha game, naturally the only way to go about this is to befriend a vast collection of waifus covering every possible (reasonably mainstream) taste and fetish out there, level them up, equip them with a wide variety of increasingly shiny trinkets and ultimately enable them to make the biggest possible numbers pop out of monsters when they hit them with pointy sticks of various descriptions.

Princess Connect! Re: Dive delivers a solid and well-presented experience on this front. The battle sequences are smooth, slick and run mostly on autopilot, so you can grind away while doing other things. There is an interactive element — certain skills charge up over time and can be unleashed by tapping on the character’s icon when an “OK” indicator appears — but for the most part, this is a game about preparation rather than micromanaging your troops.

Powering up characters is more than just grinding or fusing them together, too. Characters gain experience simply for participating in battle, but more significant increases can be attained by providing them with equipment. Each character has a set of slots that have specific equipment requirements, and these equippable items can either be acquired as loot from specific battles (which are indicated in the interface with a convenient hyperlink straight to that stage) or crafted from a combination of other items. Fill up all a character’s slots and they can “rank up”, which increases their overall power and unlocks skills that trigger automatically during battle.

Those unlockable skills can also be levelled up to make them more effective, and characters can be “ascended” to increase their star rating (and overall strength) by collecting Memory Shard items — again, as loot, or purchased using a currency acquired through pulling duplicate characters in the gacha. There’s a lot to unlock, but a pleasantly streamlined interface allows much of this to be done automatically rather than requiring endless tap-tap-tapping; instead, your decisions come down to which characters you want to focus on progressing in order to build a balanced, effective party.

This might initially seem to be a bit of a challenge, since characters in Princess Connect! Re: Dive do not have elemental affinities or types as we see in other types of game. They do, however, have a position they occupy in the battle formation — front, middle or rear — and you generally want a balance of these. Up-front fighters are either melee damage dealers or tanks; mid-range and back-row characters support and attack from range.

For a good party, you want to put some hardy (or agile) characters up front to weather the brunt of the enemy’s attacks, then support them with a combination of damage and healing from behind. Experimentation in the early game is key; while you can grind through some of the early stages without thinking too much, once you start unlocking the Hard stages and the additional ways to play such as the grindy Grotto mode and the challenging Dungeons, you’ll need to consider your party member’s strengths and weaknesses — and perhaps look at levelling some characters you haven’t used yet. A handy “Damage Report” readout you can view after every encounter allows you to see at a glance which characters provided the most solid damage output — though remember, it’s not just about the numbers.

Interestingly, Princess Connect! Re: Dive sidesteps one of the most common problems with gacha games: the fact that some lucky gacha pulls in the early game can allow you to mindlessly steamroller the vast majority of the available content, making it extremely tedious to play. Instead, in Princess Connect! Re: Dive, characters are level capped according to the level of your player account, meaning you’ll need to progress through the game as a whole in order to advance your characters beyond a particular power level. This works well from a balance perspective, and means that there’s a nice gradual difficulty incline rather than hours of mindless nonsense before you start having to think about things.

All this is very well and good; as a mobile gacha RPG, Princess Connect! Re: Dive is one of the most polished out there, featuring attractive visuals, wonderful animation, brilliant music and a wide variety of interesting characters. It’s subject to the same sort of repetitiveness that has formed the backbone of games like this ever since the days of Rage of Bahamut, but there is at least some depth to character progression that keeps things interesting.

Trouble is, all the gameplay side of things feels like it has absolutely nothing to do with the other half of the game, which is essentially a beautifully presented visual novel featuring slick anime cutscenes that are well integrated into the action, fantastic voice acting from a variety of big names (including Asami Imai, Kana Asumi, Yui Horie, Kana Ueda and many more) and an intriguing story. There is absolutely no attempt to integrate the core battling gameplay into the context of the narrative outside of progress in the former acting as a means of gating your progress through the latter; it feels like you’re effectively playing two completely different games.

This might initially seem to be a terrible piece of game design, and I must confess that was my immediate reaction. One minute our hero and his growing harem were being held hostage by two different groups that both wanted to kidnap a character he’d come into contact with; the next, in order to progress the story, I needed to take my army of waifus (including characters who were both holding the main character hostage and being held hostage so far as that point in the main story was concerned) through a bunch of fields, smacking monsters down along the way and gathering treasure. Sounds ridiculous, no?

But then I thought about it a bit. These two aspects of Princess Connect! Re: Dive demand a different sort of attention from the player. The battle gameplay requires a certain amount of active participation — at least so far as character progression and triggering skills is concerned — but is also something that can easily be set down on a table to kind of run itself in auto mode while you’re doing other things. The visual novel side of things, meanwhile, demands that you pay a bit more attention to what is going on if you want to engage with the story and get to know the characters; it also occasionally asks the player character to make (largely unimportant) decisions as to how the scene progresses.

Sometimes it is more convenient to engage with one side of the game than the other, and if you think about it this way, the hard split makes a bit more sense. You could grind away at a few battles while chatting with friends in the pub (if we ever reach a point where we can go back to the pub) while following along with the main story or spending some quality personal time with the large and varied cast of waifus are things probably best saved for when you don’t have to divide your attention. Alternatively, presumably those not interested in the story or characters at all could pretty much ignore this side of things completely and focus on the battle and progression mechanics — though note that seeing story scenes does reward you with the premium currency you use to draw from the gacha.

Were Princess Connect! Re: Dive a game intended to be played on your TV for hours at a time, all this would be an unthinkable, chaotic, messy piece of absolutely disastrous game design that would be immediately offputting for most players. But it’s not. This is a game you have on your phone, and can engage with as much or as little as you like. From that perspective, it’s actually rather considerately designed — and allows you to feel like you’re always getting what you want out of a session with it, be that engagement with the narrative and characters, or the simple joy of making numbers get bigger.

So while on paper Princess Connect! Re: Dive might seem like a game with a bit of an identity crisis, it’s worth giving a go. Both of its distinct, discrete “sides” are polished to a fine sheen and, between them, provide one of the best-looking gacha games we’ve seen to date. Of course, if you’re not a fan of gacha titles in the first place then this probably isn’t going to change your mind — it doesn’t do a lot of particularly new things, after all, it just does all of them very well.

But if you’re open to this kind of experience, there’s a lot to like in Princess Connect! Re: Dive. Just remember to keep your whaling for waifus under control!

Princess Connect! Re: Dive is available now for iOS and Android. 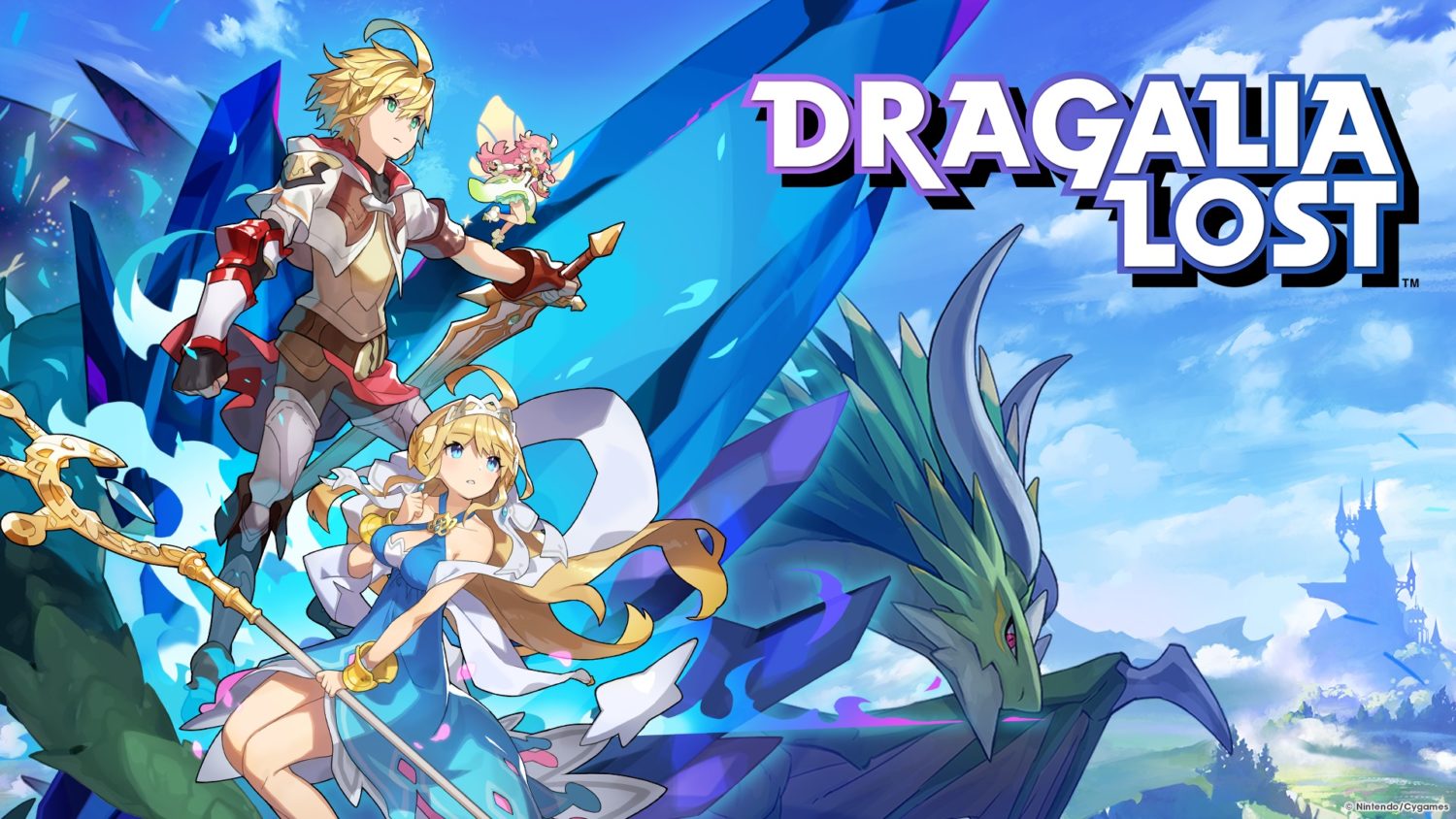 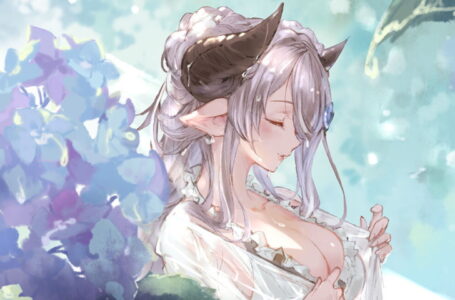