Now that the dust has settled on the astonishing Sony press conference (where, somehow, the prayers of every Japanese Game fan were answered in spectacular fashion) I find myself thinking long and hard about what was, for me, the most important announcement – Shenmue 3.

Before I start, I should clarify that I am a massive raging Shenmue fanboy. Yes, I wrote this piece about how Shenmue 3 should never get made – but I hope you understand that it was to illustrate my love for the series (if you can call two games a series) and also to highlight some of the issues that would arise should a sequel ever be on the cards.

I’d like to go over those concerns again here in a little more detail, if you’ll indulge me. And I guess the most sensible place to start would be with the kickstarter goal

2.5 Million is a awful lot of money to raise in just 8 hours. Actually, that figure is currently over 3 MIllion. It’s a very impressive kickstarter campaign – but in Game development terms it’s not very much money at all. Bobby Kotick could probably find half of that down the back of his sofa and the other half in his ridiculous haircut.

To put this into perspective, on the lower end of the scale $3 million buys you the development of 5 games like FEZ. On the other end of the scale it would buy you 3% of Skyrim. The original Shenmue cost around $70 Million to make – accounting for inflation, to make a game of that size and ambition now, would cost you around $100, 000, 000.

As I said in my previous piece, one of the things that made Shenmue so loved by fans was that it put ambition before common sense. Sega stretched themselves so hard to make a game so phenomenal it almost brought down an entire company. No one is ever going to do that again.

Lets say, for sake of argument, that Yu Suzuki hits all his stretch goals and a little extra, say $7 Million. Would it be possible to make Shenmue 1 or 2 from scratch – creating all the art assets, sound production, voice work, scripting, programming, testing etc etc for that money? I think the answer to that question is no. Recently, Sony stated that they would be with Suzuki ‘all the way’ – that their Third Party  Production team were going to ‘get the game done’. Kickstarter, it turns out, was just the litmus test.

‘How much do you want Shenmue?’

The answer is ‘a lot’. So much that Shenmue backers not only broke Kickstarter, they broke a Guinness World Record while doing it. Shenmue 3 is officially the fastest Kickstarter, for any project, to reach $1 million. That’s great, that’s really great – but it’s going to take a lot more money to get it over the line in a state that will please fanboys like me.

The question then – and where I have my doubts – is how much are Sony REALLY going to help? Are they going to bankroll it? Are they going to throw 100 Million Dollars at it? I’m not convinced they are. If they don’t, Shenmue will offer a very different proposition to it’s predecessors.

So where does Shenmue go from here? When Shenmue 1 and 2 were made, they were, for me, the pinnacle in open world games. Sure you had games like GTA, Zelda Ocarina of Time and Majora’s Mask before it – and great games they were too! – but Shenmue was leagues ahead in terms of the richness of their environments, characterisation, story and overall graphical fidelity.

In Shenmue’s absence we’ve seen later GTAs and Elder Scrolls take Shenmue’s place. Skyrim I feel is particularly relevant here because it has further pushed those aspects that made Shenmue so impressive. The ability to scrutinise the game world in detail, down to object level and follow people as they go about their daily business. Elder Scrolls does very well at cementing a sense of place. That it’s a living breathing world – precisely the things that Shenmue worked so hard to achieve over ten years earlier.

In order to impress, in order to show ambition, can Shenmue compete at that same level? I don’t think it can – and so it’s going to have to have a new focus, to level it’s ambitions at a different horizon.

For example, Shenmue 2 began in Hong Kong – for reference sake, this is what current-gen Hong Kong looks like; This is Sleeping Dogs – or as I like to call it Shenmue 3 : The Adventures of Bad Ryo. The alternative Shenmue 3 timeline where Ryo has gone rogue, left Shenhua back in rural China and taken up Karaoke, street racing and being less frigid around women… but I digress…

Can we expect Shenmue 3 to deliver urban environments of this size? I don’t believe we can – but perhaps it won’t have to? Shenmue 2 ended in rural, mainland China – the same kind of environment indicated in the Shenmue 3 Kickster assets and Sony reveal.

Perhaps this is fortuitous for Shenmue? I’m betting Baisha Village is going to cost an awful lot less money to model that a couple of square miles of Kowloon. Is it safe to assume that maybe Shenmue 3 won’t feature any significant urban areas at all?

More to the point, does it really matter?

I’m sure for many the enduring memory of Shenmue involves it’s busier urban areas – but in many respects Shenmue was at it’s best- most atmospheric in its quieter moments. Moments blessed more with humility that action or out and out excitement. The quiet streets of Dobuita, catching Cherry Blossom at the temple, waiting patiently at cafes – cups upturned – for associates of Zhu. Personally, I quite like the fact that Shenmue 2 wound down significantly after the roof battle, with the fourth disk offering barely any gameplay as Ryo and Shenhua walk to Bailu Village, talking as they go. It was a pleasant change from all that came before – quiet, serene, contemplative.

Shenmue’s already done both ‘small town’ and ‘big city’ – a change in setting would help separate the games, pull people away from drawing constant comparisons. It would also make development more manageable and is sensible, in my view, to set sights a little lower. I don’t mean lacking in ambition, but a small, rich and vivid gameworld would be far better than one that feels diluted because Yu and his team were over stretched.

Don’t bite off more than you can chew, Yu. Regardless of the game’s size and scope, whether Yu Suzuki creates another sprawling epic or something altogether more parochial – the most important thing for me is that the story gets to continue.

There are two sets of people in this world. Those who finished both games, and those who didn’t. Those who didn’t are often irritatingly ambivalent about Shenmue. Those who did are at once boundless in their enthusiasm for Shenmue – yet forever tinged with sadness. The feeling that Ryo will never be avenged. We’ll never know Ryo’s father’s involvement with the Chi You Men*. We’ll never get to meet Niao Sun (above) who’s concept art has teased us all for almost 15 years.

The very knowledge that the rest of the story will be revealed – is a massive relief for those who finished both games. You’ve seen the video of GameTrailers guy right?

While I didn’t lose my shit in quite as spectacular fashion I’d be lying if I said the announcement wasn’t an emotional occasion for me. I totally understand why anyone would have this reaction. 14 years of pent up demand suddenly gushing out like geyser – all that want, all that desire, it’s a release which, frankly, is borderline sexual in its intensity.

I remember way back in (what I am now calling) the ‘Dark Days’, reading somewhere that the final part of the story might be released in manga form.  Honestly I would totally have take that, back then. That would have been just fine for me – if only so we could finish the story.

In that respect, I’d almost be okay with Shenmue 3 taking the format of Who Wants To Be A Millionaire, where Ryo Hazuki just sits there for half an hour and delivers lines in a flat monotone,  explaining the events that followed THAT evening in The Cave. Whatever shape or form Shenmue 3 takes – I think it’s safe to say that it is in the best possible hands. Yu Suzuki has fought long and hard to get to this point. If we, his fans, have felt frustrated at not having a game to play, imagine how frustrated he must have felt not being able to complete the work he started. Yu Suzuki is a man of significant talent and has a track record that very, very few in the entire 40 years of this industry could ever claim or hope to match.

It goes without saying that I have already pledged my money to the cause. I hope that anyone who ever sat at a campfire with Shenhua, or looked up at Shenmue’s blossom that evening, will have done the same.

Not to increase that ever-growing dollar amount, you undserstand – but rather, to give thanks and show support to a man who made one of the finest videogame experiences ever committed to disk.

(And please, please don’t let it turn out to be a bit shit) * Ryo’s Dad totally killed Lan Di’s Dad. You know that, right? It’s a story about the futility of revenge – and Ryo, being the better man, is going to break the cycle. That’s totally going to be the ending. Just so you know. 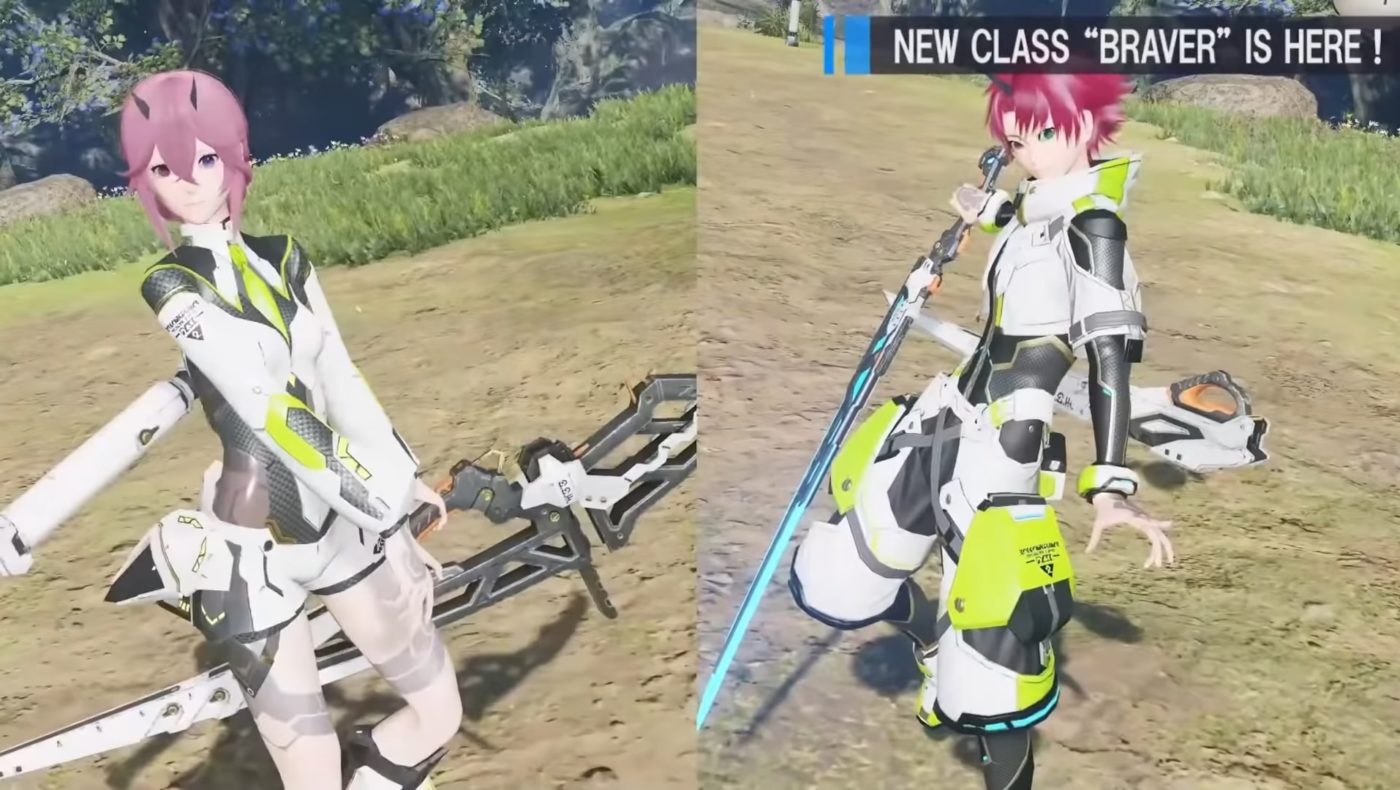 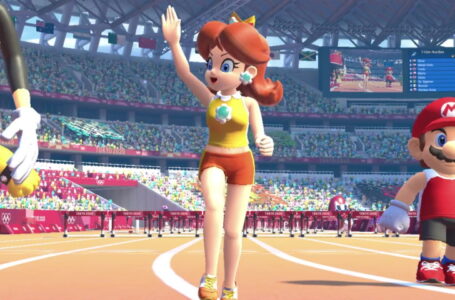