UK Anime distributor Anime Limited have announced that they will be releasing Psycho-Pass The Movie on DVD and Blu-ray within the UK later this year.

The news, which was announced as part of a live-stream at MCM Comic Con Birmingham last weekend,  comes just several weeks after the confirmation that Anime Limited would be releasing the anime’s second TV series as a Collectors Edition Blu-ray release within the UK.

Synopsis: In a futuristic Japan, the Sibyl System is charged with keeping the peace. Using extensive surveillance and biological monitoring to gauge the likelihood that individuals will commit a crime, the police are able to use weapons called Dominators to remove potential criminals from the population before they become a problem. Confident with the success of the System within their own borders, the Japanese government has begun to export the technology to other countries, planning to ultimately spread the System across the globe.

When the state of SEAUn brings the Sibyl System in to test its effectiveness, it becomes a haven of peace and safety—for a time. Eventually, terrorists from SEAUn begin appearing in Japan, somehow slipping through the System’s security and attacking from within. Desperate for answers, Inspector Akane Tsunemori is sent overseas to bring the terrorists to justice. But when her investigation forces her into a standoff with an old ally, will she be able to pull the trigger?

Anime Limited have not provided any details of what to expect from this films releases but they are aiming to release it on both Blu-ray and DVD by the end of this year.

Further information surrounding this UK Blu-ray and DVD release of Psycho-Pass: The Movie will be available in the coming months; but in the meantime Psycho Pass: Mandatory Happiness, a visual-novel styled game, will be released onto the PS4 and PS Vita later this year.

Latest posts by Scott Emsen (see all)
Spread the love!
Tags: all the anime anime limited news psycho-pass The Movie 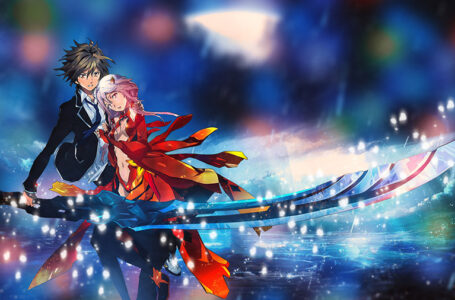