In a move that must have been difficult to make but also one we all knew was coming, SCANDAL has had to cancel the Japanese leg of their “Kiss from the Darkness” tour. The decision, made because of the ongoing epidemic and the ensuing lockdown in Japan, is going to be a disappointment for both the band and fans alike. The tour was meant to start earlier this year and finish by May, but with restrictions on safe gatherings, it never really got a chance to get started.

We’ve talked about how the pandemic has delayed anime, video games, and movies, but live events are always a bit trickier to handle. With little information about when social distancing measures will be lifted fully anywhere in the world, organisers have to balance a desire to see events go forward with the need to cancel in enough time to recoup some of their losses and not keep fans hanging unnecessarily. The choice to cancel the Japanese leg of their tour completely is an acknowledgement that there are likely to be disruptions and bans on large gatherings well into summer and into the autumn months.

On the 27th, SCANDAL took to their Facebook to break the news to fans:

First, we would like to thank all of our loyal fans for your continued support.

As the domestic performances for SCANDAL WORLD TOUR 2020 “Kiss from the darkness” had been postponed to prevent the spread of COVID-19, we continued to prepare for the rescheduled dates. However, due to the restrictions placed on indoor events even after the ending of emergency measures, the difficulty in holding a completely safe tour, as well as the unclear venue schedule, we are announcing that we must unfortunately cancel this tour.

We would like to express our sincere apologies for this unfortunate outcome to all fans who were looking forward to the shows. Information regarding ticket refunds will be available through SCANDAL’s official website. If you are a ticket holder, please be sure to visit our website.

Despite the obvious disappointment of fans, its tough to blame them for this decision. The fact is that things aren’t going to become safe anytime soon and, just like the majority of the convention circuit this year, live music is not going to be a thing that happens this year. Certainly not in the same way that it has in the past.

It’s not all terrible news, however. In the same announcement, SCANDAL also stated that they would be putting on a streamed concert on August 21st to coincide with their 14th anniversary. The paid stream, currently priced at 3,000 yen, would see the band doing their “utmost best to recreate the same concert experience that [they] originally planned for the tour, including setlist, outfits, stage lights and visuals, etc.”

While there hasn’t been any announcement about their world tour, which is still scheduled to reach the UK in September, I think it is safe to guess that this is going to be our best bet to see them perform live this year. We may get pleasantly surprised, but just in case I’ll be keeping an eye on the ticket information for overseas viewers when they are announced.

One last little nugget of good news for fans of these Osaka rockers. With 2021 being their 15th anniversary, they’ve also stated that they’ll have a special tour to celebrate the accomplishment. Few bands manage to stick together for that long and even fewer are able to get better and better with each album. And if you just can’t wait for August, a new song, totally recorded while the band has been in lockdown, will be released on June 3rd. A preview is available on YouTube, so it sounds like it will definitely be worth picking up this week. 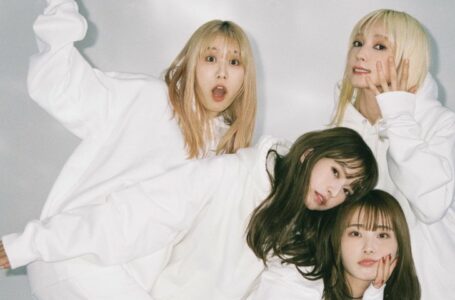