Christmas is coming and the geese are, I am told, getting a little on the portly side. At some point you’re going to have to bite the bullet and put some Christmas music on — so you might as well make it some awesome video game-themed music, right?

The San Diego-based Scarlet Moon records has just put out its sixth Christmas album, featuring guest appearances from some of the biggest names in video game music as well as Scarlet Moon’s own talent.

Scarlet Moon Christmas Vol. VI features 11 tracks to enjoy — so why don’t we do that right now? That sounds like a nice way to spend a Friday afternoon.

We’ll be embedding Spotify tracks in this article — you can find the whole album here — but if you prefer to use alternative platforms you can also enjoy the album on Bandcamp and Apple Music. Listen along with us!

This delightful track is what a Christmas-themed version of Namco’s classic arcade racer Ridge Racer Type 4 would sound like. And that is absolutely not a bad thing in the slightest — Namco’s iconic late ’90s soundtracks are among their most beloved by their longstanding fans, and this is a wonderful homage to it, by way of Christmas crooner classic White Christmas.

Goomin Nam has previously worked on DJMAX and Ragnarok Online, and this track is a variation on “Theme of Prontera” from the latter. Its pleasing combination of gentle piano and strings is the perfect accompaniment for settling down in front of the fire with a nice glass of mulled wine, Pocari Sweat, Tentacle Grape or whatever tickles your fancy this festive season.

This dramatic piano arrangement of Christmas classic O Holy Night is the work of Osamu Kubota, who worked as an arranger on both the Kingdom Hearts series and Ragnarok Online. Certainly, this elaborately rhythmic, virtuosic take on the well-known song wouldn’t sound out of place while fighting Heartless in Santa hats or something.

This version of the Christmas mainstay is from Norihiko Hibino, also known as GENTLE LOVE. Hibino’s past work includes contributions to the Metal Gear Solid and Bayonetta series — and like most of the other tracks on this album, this absolutely wouldn’t sound out of place in the games the musicians are primarily known for. In this case, I can absolutely see Bayonetta getting all Christmassy to this one. Except she’d probably punch the herald angels in the face, then splatter them into a fine paste across the nearest wall. Can’t take her anywhere.

Here we have a lo-fi remix of a Mario Kart 64 track. While not explicitly a Christmas song in its own right, snowy landscapes are inextricably associated with the festive season, and so this fits right in with everything else on the album. This track is the work of bLiNd, who has worked on a few soundtracks in his day, but describes himself as being most known for turning video game music into club tracks.

Rogov is an indie rocker from Canada who is making his debut in the game music space with his contribution to the Scarlet Moon Christmas album. Reliable information on Rogov seems a little hard to come by, but it’s possible that this is a cover of Rogov’s own B-side from 1979, though since this track doesn’t appear to be available online anywhere it’s hard to check. Regardless, Rogov’s grizzled voice certainly has more than a touch of Chris Rea-style “Driving Home for Christmas” exhausted festivity about it.

The composer for Secret of Mana and Indivisible steps up with a 16 bit-inspired arrangement of the Christmas classic. While this version is perhaps a little heavier on the post-processing than we’d typically hear on the original Super NES, this is a pleasingly authentic-feeling retro-style track sure to please any grizzled old gamers out there.

This festive arrangement of “Heart of Fire” from Castlevania comes to us courtesy of Mustin, co-founder of the popular video game covers band The OneUps, and a producer of a variety of video game covers, remixes, nerdcore and hip-hop beats in his own right. You’ve never heard Dracula’s castle sound so cheerful!

And we close off with a take on Rudolph the Red-Nosed Reindeer from Vince DiCola, a prog rock legend who previously worked on the 1980s Transformers movie and Rocky IV. DiCola also worked for a while as an artist under the Scarlet Moon label, and has contributed video game music to titles including Saturday Morning RPG, Angry Birds Transformers (but we won’t hold that against him), Transformers: Devastation and Teenage Mutant Ninja Turtles: Mutants in Manhattan.

If you enjoyed the sixth volume of Scarlet Moon Christmas today, you can enjoy all the previous volumes over at the official site. Most of them are available for streaming as well as purchase — so add ’em to those festive playlists and enjoy a pleasingly nerdy Christmas this year! 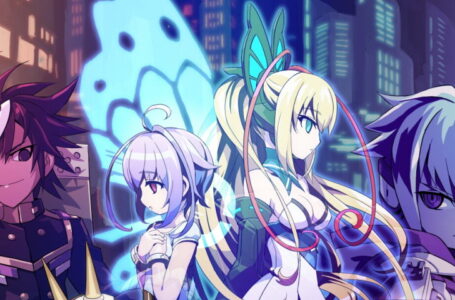 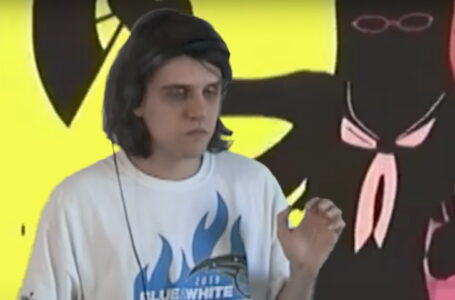