So here it is. My favourite cosplay girls that are kind of a little bit Halloween-ey.

This cosplay from Yuna is one of my favourites of Beyonetta – mainly because it doesn’t go for all-out salacious sexiness – instead opting for a more quiet, reserved approach. It’s better for it.

To let you into a little secret – while I really like Beyonetta’s gameplay and mechanics, I’ve never been a fan of the character herself or the setting. It’s a miracle this picture is even in this post…

When it comes to amazing Guilty Gear cosplays you’re kinda spoiled for choice – and I didn’t want to go for the obvious option of picking I-No.

Instead I’ve gone for this really lovely shot of A.B.A from La-Clover, a cosplayer who I rate very highly, is drop dead gorgeous and has represented some of my favourite characters in the past. She’s done a particularly striking Aegis from Persona 3/4 if you’re interested.

Nothing scary about Ada Wong of course – but she IS in Resident Evil, which is a survival horror – or rather it used to be. That’s the tenuous link I’m going with here.

As an aside, I like the fact that she’s chosen to do this shoot in a living room. It somehow makes her seem more obtainable. Like she’s your new next door neighbour, who’s happened to pop round because she’s run out of bin liners or something.

One minute your Mum’s giving you a lecture on how you should ‘buck your ideas up and get a job’. The next minute – this vision of beauty turns up in your living room asking your Dad what days the bin man comes to collect the rubbish. All the while you stand there in your Hello Kitty pyjamas wondering if you’ll ever pluck up the courage to ask her out for the killer romantic combination of Laser Quest, followed by a KFC Bargain bucket and a nice trip home on the number 48 bus. The one that takes the long route home so you can spend a little bit more time with her.

Then, when it’s time to go your separate ways – you close your eyes and lean in for a little kiss. Only for your lips to meet the back of her head. Because she’s clearly not interested in you. ;___;

Then you go home. Alone.

The memory of the smell of her shampoo (apple or coconut or something like that) lingers in your mind as you weep. Uncontrollab-

Rachel Alucard from BlazBlue doesn’t normally look like this. Being the time-bending space-vampire that she is, she’s normally in full black and lace loli mode – so to see a cosplay approach her in a different way is really nice.

Though given her character, I’m sure she wouldn’t been seen dead lying on a floral print duvet cover. Someone is going to pay for that. Probably Gii.

What is it about a dirty girl, covered head to toe in biro marks with a wasp’s nest sellotaped to her face that is so strangely alluring? It’s also pretty obvious she’s not here to bring you a cup of tea and some digestive biscuits either. It’s a pretty safe bet she’s here to kill you.

And not in a sexy way.

Still, here I am trawling google image search for your entertainment – and adding her to this post.

Given how much this series is loved – you don’t really see a huge amount of Disgaea cosplays. I think the art style of the source material is such, that pulling off a really convincing cosplay is pretty difficult -and take some courage for the person doing it.

This is is… well… it’s not exactly authentic. So why is it here?

I guess no Halloween cosplay list would be complete without a picture of Morrigan. Like Beyonetta above – sometimes it’s hard to find a decent image, because so many are focused entirely on accentuating the boobs-and-tights combo – with little regard for the core sexiness of this character.

Moonfox Ultima’s sultry cosplay is all the better for putting in a little more effort into the pose and photography.

Sweet mercy. What more is there to say.

I’m kinda addicted to DanganRonpa cosplay at the moment – some people think it’s an easy one to pull off (it’s just a school uniform, right?) but in doing so you end up with loads of really mediocre ones. I have a tone of favourites, so it’s hard to choose, but I think this one comes out on top.

Annoyingly, I can’t remember where this image originated from. If anyone can confirm a source for me – I’ll correct it.

EDIT: Thanks to Reploidsigma in the comments section below for the correction and the SOURCE 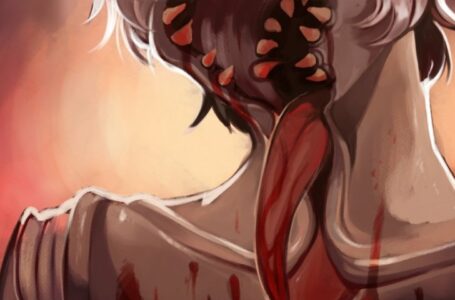 4 of the best indie otome games...