Yes, we shall. As I briefly discussed in my Obey Me! article, I was very partial to Solmare’s Shall We Date series when I first started playing otome titles around 2014. Today we’ll be discussing the company’s questionable business strategies that many of us have come to notice, turn a blind eye to, or even just accept due to those most faithful to the company forcing the love even without the knowledge of their particular problems. Let’s talk about why we love some of their titles and even more problematic ones, and reminisce on their earlier games as we discuss the path they are currently on. The article’s title may definitely seem more optimistic than what will follow, so be prepared for quite a bit of criticising. But hopefully we can agree!

But first let’s talk about the company’s humble beginnings. NTT Solmare initially started out with paid games only, all of them no longer being playable such as Heian Love and Actor to Be (this is a massive issue I’ll bring back up later). The company compared to other prolific mobile otome developers and publishers such as Cybird have been in the video game market for far longer, since 2002 in fact, which is telling of my first complaint: their translations have always been a sore spot for its player base. They are considerably and consistently poor, and this should not be expected from such a powerhouse that has capitalised on a niche genre on the mobile platform.

Worst yet is the Otomate titles they have managed to snag up: ports of official and highly acclaimed otomes previously locked behind no localisation for Western consumers that have been unable to escape the company’s meddling. Such titles consist of Demon’s Bond, Scarlet Fate and Beastmaster and Princes, to name a few. They have suffered from the original voice acting being removed, poor rendering of CG’s, poorer UI design, and every other scene other than the visual novel segments removed. As evident from the recent issue with Aksys’ release of the fandisk of Collar x Malice, by being too accepting of these poorer translations it can appear as allowing of this lack of effort and care in our beloved and already niche genre to continue on this dangerously inconsiderate mishandling. This would be such a shame considering how pricey these games already are, and especially so even when it comes to mobile games that use the “freenium” system even if it sounds, well, free.

The dreaded word to Otome fans

Solmare moved from being paid only games into f2p releases: “free to play”. This was the time when I would discover their games and play them excessively, with no knowledge of the feared word of “Freenium” to most mobile otome players. Most of their games, even the officially licensed titles would have an option of a pay per route, but with each of their titles including the plus sign, it indicates those being “Freenium” games.

These titles lock you into playing one route at a time. You can choose a different route, but all your progress will be unrecoverable, and once finishing a route and obtaining the ending, there is no option of skipping or going back to a certain point in the story. This is greatly bothersome when bad endings are obtained. You either have to wait for the free ticket system to renew each day to advance the route you have already played, and each one will only give you up to 3 minutes of story until the next checkpoint. For those playing for free, it can be a very time consuming and lengthy wait with an always possible unwanted ending to meet you if you are playing blind. However, for players who do put money into such titles, it can be even more of a blow. This is most obviously a problem in their Story Jar app as an example, where the prices of their localised games are considerably high despite all of the lacking and removed mechanics.

Many, if not all of Solmare’s titles (other than Obey Me!) have checkpoints, such as Blood in Roses+ Love Challenges. These is my personal bane of playing Solmare’s titles. The game stops you at a path to advance on with branching requirements. By having a certain item the game asks of you, you will receive a CG and exclusive dialogue. But most of the time the item is only obtainable through buying, therefor closing out almost every single “Freenium” player of the best endings and whole story experience. This is absolutely the worst model out there due to the encouragement of the best rewards only being obtainable through buying, just like any and all other gacha systems. This has clearly and unfortunately been a successful formula for the company, seeing as they have kept this system going since the “Shall we Date” days. Unlike what I mentioned with Obey Me! avoiding such constricting game-play mechanics, its dependency and story telling using such a heavy gacha system makes for the company’s most predatory format it has ever used.

Solmare as a company have been under constant fire for so many complaints as I’ve mentioned, and while I agree wholeheartedly that their dependence on such marketing schemes is problematic, they have also formulated a massive part of my nostalgia in early gaming. The company opened my eyes to the wonders of a niche genre I am continuously growing more passion for. I have also mentioned before of one of my earliest favourites of theirs with Oz+, with its worst offense being the bizarre normalization of the romancing of Dorothy with candidates considerably older than her who knew her as a child. Blimey. Its whole plot, or lack thereof, is laughable, but its characters capture the magic of the original source, character design and overall professional artwork especially so.

But this is where my personal gripe comes into play, with the title being understandably unpopular bringing not only no updates to the title but its eventual demise. It was ultimately pulled from the Play Store and not even added into the Story Jar app that now contains the majority of the company’s newer titles. This change had to be made due to the Play Store’s new policy on games needing to have a recent update to stay on the store, but it’s telling that not just Oz+ suffered from this fate due to its unpopularity meaning no more updates. It means for the ending in a complete eradication of a title’s existence.

My surprise does not stop here considering that their zombie title Lost Island is included in their Story Jar app. This one is what I call the crux of a guilty pleasure in otome gaming. It may very well be one of the steamiest otome titles I’ve ever laid my eyes on, with highly suggestive dialogue and near on explicit CG’s in the best end routes. Not like I’m complaining. What the title does show however is the company’s reused assets, from character models to story-lines. It may very well be a nitpick considering how little energy and time I am now giving to the company’s games, but it is still telling of their minimal effort they are putting in. This is most definitely an obvious issue for fans who not only spend their all important free time on their games to be able to pick up on these lazy copy-and-paste habits, but mostly those who do put money into their titles. But I do not and cannot blame anyone in wanting to play through these otherworldly romantic adventures at a quicker pace! It’s why I’ve ended up here after all.

What is arguably the biggest hit of Solmare’s until Obey Me! suddenly dropped was Wizardess Heart. It started off like any other basic otome game: three LI’s each different from one another and as a staple of an archetype. Since its successful release in 2014, Solmare has not let Wizardess Heart breathe for a moment, adding update after update across so many years that included a plethora of new characters along with their own routes. This provided yet another problem. Actually a list of bullet points amount, in which they would continue to fall into with later titles such as Guard Me, Sherlock! and Blood in Roses. The most problematic being the very obvious character art and writing changes in routes. With new seasons comes new characters, and these designs created by new artists are so obviously different compared to the original characters that they are distracting in the already established world, especially when old and new characters interact. And writing issues arose when other new routes were added, where added routes were much shorter and woefully less entertaining or linked to the original world and premise.

Despite how much I raved about Obey Me!, it’s not without its own faults, what with the company turning to card based gacha mechanics. Events are perhaps the most criminal aspect of the company’s staple game designs, with Obey Me! making an all new low for the company in this department. As someone who never bothered with the friend function of the Blood in Roses days, nor ever engaged in events, it never did affect me. I will certainly acknowledge it now due to how much time I have sunk into their newer release. In the cases of both Blood in Roses+ and Obey Me!, they have near on impossible participation margins for free players in their events. You either have to grind a considerable amount of time to obtain the right items for Blood in Roses+’s events, or rank up your cards and levels to advance in the dances in Obey Me!’s events before the deadline hits and they vanish for good or for a significant amount of time. Getting the cards needed to unlock any kind of side story or scene is so unnecessarily difficult due to the requirements in passing these events.

Overall, I imagine many of us otome enthusiasts started with NTT Solmare, or at least was exposed to the genre on this platform even if it was not with Solmare. As someone who does hold fond memories of a handful of their titles, albeit from a time when they were become exploitative, I enjoyed the majority of them (Destiny Ninja 2 ranks as one of the best otome titles I’ve experienced in fact). By being the cause of my initial otome crushes and being readily available for playing with their “freenium” titles and at a point where I did not have any income to splash out for solid otome experiences, it has shaped my love for the niche genre and is still a pleasant past time in bite sized gaming sessions. And I do believe that’s the most important part to enjoying mobile otome gaming as a whole.

But what is your stance on Solmare, or the mobile otome platform as a whole? Join the discussion in the comments or on our Discord! 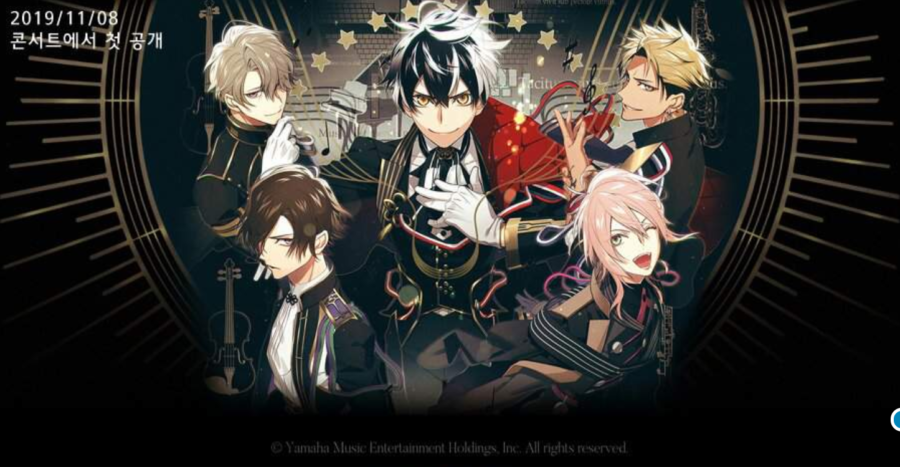 Looking into the troubling tracing allegations within...

4 otome tropes we never tire of