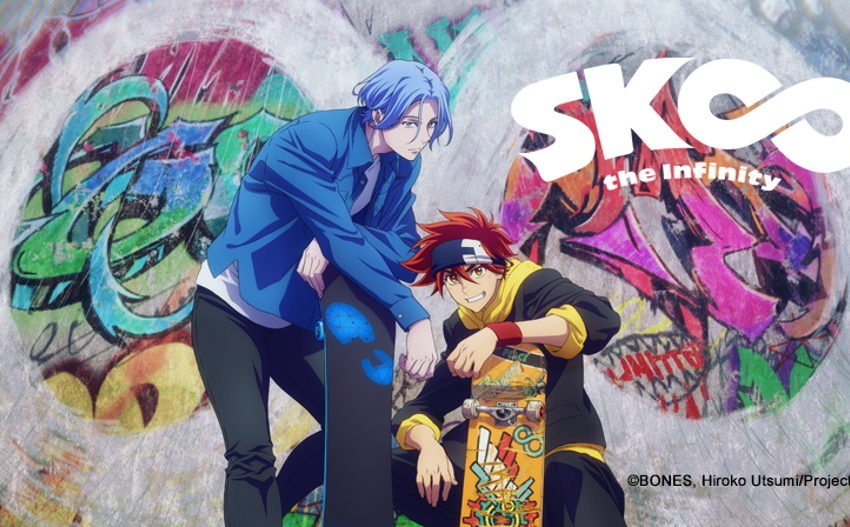 I genuinely cannot believe that it’s taken this damn long for us to finally get an anime that’s based on skateboarding. We’ve had just about every other form of sports anime, including cycling, basketball, volleyball, football and ice-skating, and finally we get an anime based on one of the coolest extreme sports out there; something near and dear to my heart — skateboarding.

While I grew up skating and still love it, SK8: The Infinity certainly likes to take some creative liberties with exactly what people can achieve while riding on a skateboard. That being said, I think this is a good thing it and does nothing to take away from the show; in fact I think it makes it fun! Think along the lines of Kuroko No Basket and the way they “shounen-ified” basketball, but perhaps a little bit less extreme. No one is out here kamehameha-ing on a skateboard.

Sk8: The Infinity is a currently airing anime for the Winter 2021 season that you can view on Funimation.

What’s SK8 The Infinity all about?

SK8 is, of course, about skating — but that’s not all. SK8 revolves around a set of characters, two in particular, and the after-hours downhill course known as “The S”. The S is a huge downhill circuit that skaters use to settle their “beefs” with one another. Honestly, the best thing that I can compare The S to is one of the downhill courses in Initial D or Tokyo Drift.

The two main characters involved are Reki and Langa. Reki is a young boy from Okinawa who has been skating for the majority of his life; he very much feels like a representation of most of the audience who got into skating. While he may have been skating for a long time, he is by no means an absolute god of the sport. When learning a new trick, Reki takes numerous attempts, and only after failing repeatedly does he finally succeed.

Langa, meanwhile, is a the same age as Reki. However, he grew up in Canada with his mother and father, and after his father passed away, his mother decided to return to where she grew up — Okinawa. After Reki and Langa meet we learn that Langa grew up snowboarding and was, quite evidently, very good at it.

After finding himself wrapped up in a Beef, Langa displays a rather surprising amount of talent for skating by applying everything he learned from snowboarding. His knowledge of the winter sport opens up numerous pathways and tricks that other skaters wouldn’t even attempt, and it’s from here that he begins to fall in love with the skateboard.

Legendary skater Adam, also known as The Matador of Love and the founder of The S, takes an interest in Langa and his unique way of skating. From here, the story of SK8 begins to unfold, as Adam’s presence ignites a competitive spirit in numerous big-name skaters.

As I mentioned earlier, this series runs along similar lines to Kuroko No Basket in the way it exaggerates what is really possible when riding a skateboard. The anime seems to combine the numerous forms of skating such as street skating along with downhill longboard skating. If you’ve ever watched downhill skating then I’m sure you can recognise just how absurd some of the turns that Langa performs in the first couple episodes are.

Is this exaggeration on reality an issue though? Absolutely not! While I do think that real-life skating is a unique sport filled with individual personality and style, within the realm of anime it’s extremely cool to watch all these characters who have very varied styles skate in their own distinctive ways.

Reki embodies the probably the most realistic depiction of a street skater, emphasised by his board, his style, the fact he learns at the local half-pipe, and even the process of repeated bailing to learn something new. Langa’s style, meanwhile, is taken from snowboarding, which is emphasised by the way he uses his weight and counterbalances the board in order to perform turns that you would commonly see in winter sports.

Then you have a character like Adam who is completely over the top and absurd to the absolute maximum level. This man manages to turn on a dime during a downhill race and instantly begin to accelerate uphill — ridiculous, I know.

It all adds to the series though, and despite the fact that there will be times you will spit out your drink after witnessing the insanity that SK8 can sometimes present, it’s a show that will make you think “Damn man, skating really is that cool huh?”

Want to know more about the current season? Check out our piece on why Ichika is Quintessential Quintuplets best girl here!