Everyone’s been waiting to hear from PQube, the western console publishers of the first Steins;Gate, about the western release of Steins;Gate 0 – and now we finally have news for you! PQube have confirmed with us that they are releasing Steins;Gate 0 in 2016 in both Europe & North America on PlayStation 4 & PlayStation Vita.

You can pre-order it from us already! And – with FREE WORLDWIDE SHIPPING! ^-^ Pick it up on PS4 or PS Vita (or maybe both?) Steins;Gate 0 will also be appearing at our London MCM stand this weekend too! We’ll have a trailer playing as part of our trailer reel, and most importantly we will be giving away FREE Steins;Gate 0 posters. All you need to do is whisper the words “El Psy Kongroo” to us, and we will give up the goods. If you come in Steins;Gate cosplay, we’d love to take your photo too! ^-^

Steins;Gate 0 is the follow up to the award-winning and chart-topping Steins;Gate – the sci-fi time travel visual novel that took the west by storm just last year. There’s a reason everyone loves it so much. Steins;Gate 0 is more than a simple sequel, instead exploring a branch of one of Steins;Gate’s alternate endings. Okabe and the Future Gadget Lab members, along with new characters, star in this story about AI and the creation of something called “Amadeus” – which can allow you to interact with the store memories of another person. We’re loving what we’ve seen so far!

Check out the Steins;Gate Facebook page here and maybe give it a like — the more support we show for western VNs the better! ^-^ 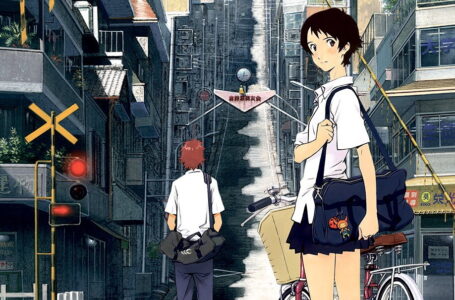 The timeless classic of The Girl Who...