It’s been a few days now since the arrival of Super Baby 2, Dragon Ball FighterZ’s newest addition, and already there is so much tech and information on the character that I think it’s time to have a bit of a spotlight on him. The main things I want to go over are Baby’s game plan and his strengths within a team, and the versatility he provides for some of the less represented characters.

For newer DragonBall fans currently wondering who on earth Super Baby 2 is, he is a character from DragonBall GT. GT was the non-canon addition to the franchise after Dragon Ball Z. Baby was a member of a race called the Tuffles, and he takes over Vegeta’s body, hence Super Baby Vegeta.

Okay so first things first, we need to go over some of the things you’re absolutely going to need to keep in mind when playing Super Baby and that’s all his unique properties. Super Baby 2 has a fair few unique aspects to his moveset which operate in slightly different ways than other characters. Baby’s jumping heavy attack will pop the opponent upwards, so using this attack as a jump-in will require some quick reactions to convert this hit into a combo. Also, his only way of scoring a sliding knockdown (a specific type of knockdown that allows you to use a super attack afterwards) is by ending his air-combos with his down-light attack.

With those pesky muscle memory ruiners out of the way, lets get onto what Super Baby is all about. When this character was being designed, I suspect the only thing on the whiteboard was “Ki Blasts” and I am not exaggerating on that even a little. Super Baby has a ton of unique and interesting ki blast attacks, and those ki blasts all have the unique property of returning if they miss. That’s right, purposely whiffing some ki blasts with this character will still gain you pressure and the ability to force your opponent into a defensive position.

Among all of his crazy ki blasts there are a couple of standouts, those being his forward heavy attack, back ki blast, and his down ki blast. Forward heavy, while not technically a ki blast, will fire fullscreen projectiles at the opponent and if this attack hits can lead into all sorts of crazy scenarios that I’ll talk more about later. His back ki blast shoots a ki blast that will always return even if it hits, is blocked, or misses the opponent. Lastly his down ki blast, nicknamed Acid Rain after Dante’s attack from Marvel vs Capcom, is a volley of ki blasts fired upwards which then come raining down. This attack can be fired in three different locations depending on the direction you hold — down-back, down or down-forward.

Lastly the most insane ability that Super Baby has access to is something that he gains when he kills off an opponent’s character, and that is the ability to call said KO’d character and use their assist attacks. That’s right, Super Baby not only gets his own assists, he has access to those that belong to his opponents as well. This opens up the way for a ton of new and creative combo routes and pressure that no other character in the game has the ability to do. 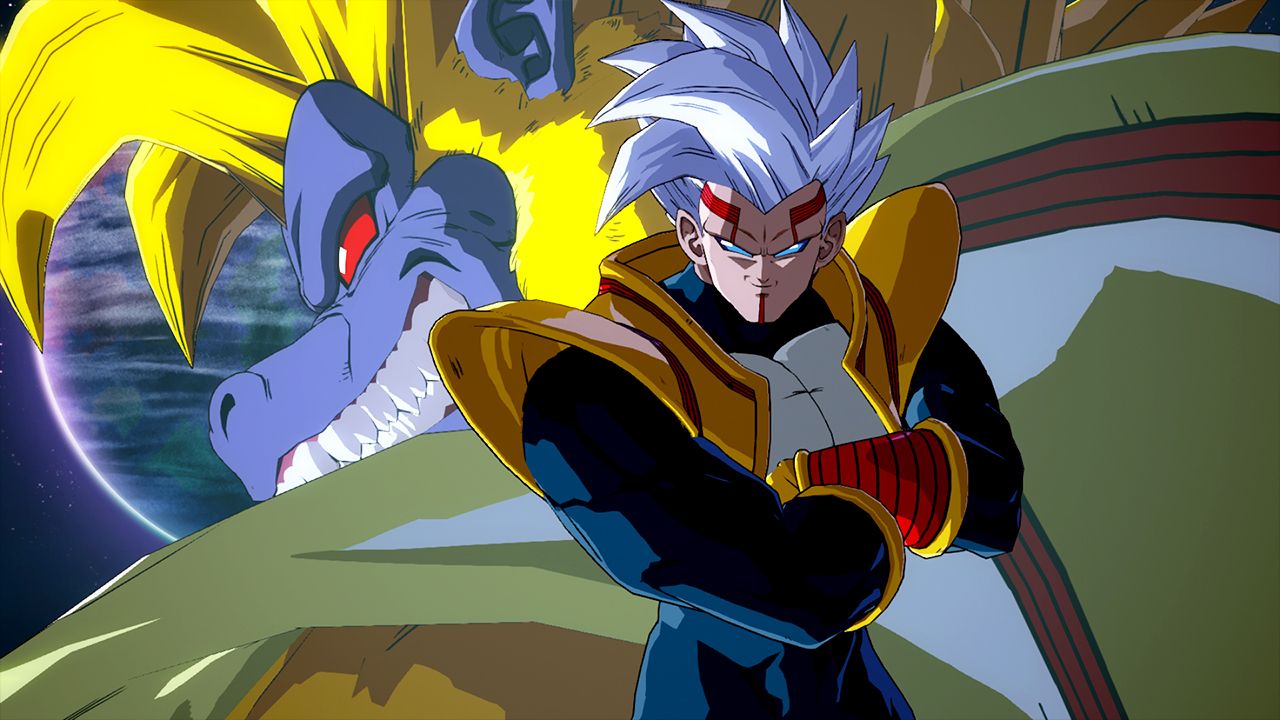 Game plan, and what Baby offers

As we talked about earlier Super Baby has a massive arsenal of unique ki blasts to work with that allow him to play the neutral game a bit differently than other characters on the roster. Considering the intense pressure from off-screen returning ki blasts, you should always consider going for a combo that nets you more time to set up some pressure, as opposed to a combo that is higher in damage.

In the neutral game (the time where no one is being hit, but rather looking to land the first hit) a massive boon to Super Baby is his quarter circle back special (or 214S in fighting game notation). This attack can both set up a ton of pressure for you, while also being a great deterrent to Super Dash. This attack will fire off two ki blasts that will return no matter what, so going for this attack while covering yourself with an assist call is a great way to get your pressure started while minimising the risk.

This next one gets a little bit more technical as it covers the wake-up scenarios and the vast number of ways that Super Baby can mix you up. So when you perform a level 3 super attack in DragonBall FighterZ, you cause what is called a “hard knockdown”. This is a knockdown which limits the opponent’s options on wake-up and they are almost always forced to go on the defensive as the attacker will be at advantage after performing this kind of knockdown. The defender will then usually have to guess or react to whatever option the attacker uses; this is usually an attack that hits high, a low attack, or a grab.

Remember Super Baby’s ki blasts that can return and hit the opponent in the back? By making use of these ki blasts, Super Baby can steal the corner from the opponent on a hard knockdown and force the defender to now have to guess left and right as well as the high, low or grab options I mentioned before. This is a bit more technical, but a crazy part of Super Baby’s toolkit that I had to mention. 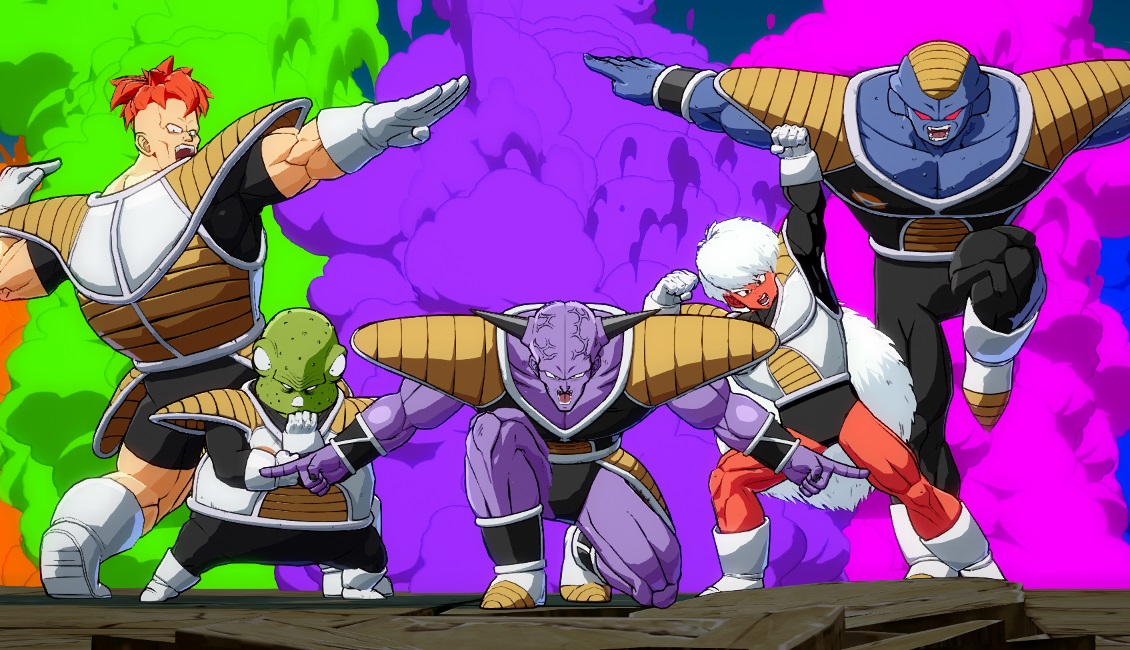 The very last thing I want to talk about is how powerful this character is as a supporter to other characters — specifically some of the characters that we see much less of.

One of the most awesome things to see in DragonBall FighterZ is when Captain Ginyu manages to land his famous Body Change attack. Not only is this cool to see, but it’s a genuinely strong strategy as you steal a component of your opponents team and in return they receive a damaged Ginyu, and the opponent may not even know how to play him.

Super Baby’s forward heavy attack hits for so damn long, that you can switch out to Ginyu and perform a Body Change combo that is guaranteed to hit. This is such a huge boon for Ginyu players, and because of this we may see more Ginyu players as a result.

There we have it. A brief spotlight on Super Baby 2, the newest character added to DragonBall FighterZ. There are many more things being found out about the character every single day, so please go out and check out the great work the fighting game community has been doing exploring this character and his possibilities — a great place to start is Sparking Cast!