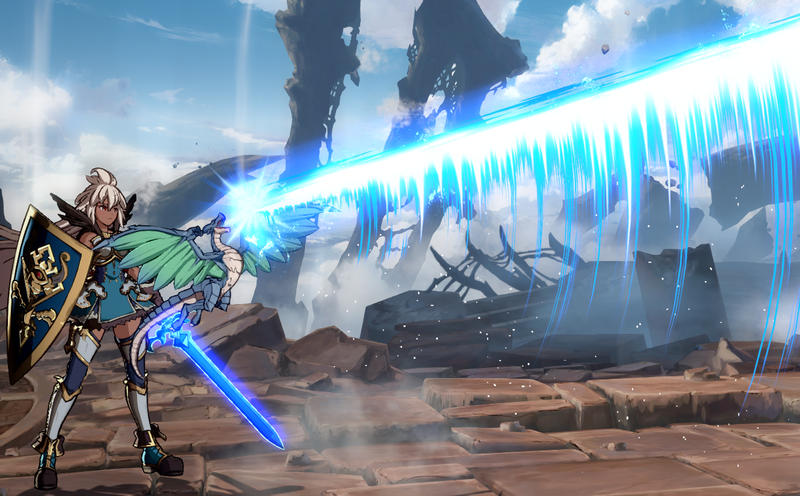 Zooey has recently been added to the roster of Granblue Fantasy Versus! I thought now would be a good time to give everyone a bit of a helping hand when it comes to learning this new character with my GranBlue Fantasy Versus Zooey guide. We’ll be going over her gameplan, her important normal buttons and […]Read More

The next character in the Granblue Fantasy: Versus character pass is Djeeta, and she’ll be heading to the game on April 7 – so there’s not long to wait at all! Her trailer has been leaked early, which shows off a bunch of gameplay, and we have the official details via the original video description. […]Read More

Soriz is joining Granblue Fantasy Versus soon, and we’ve got a trailer that shows off his abilities! Cygames and Arc System Works announced that the character will be available on April 7 in the Character Pass Set or as a single purchase, if that’s more your style.     Watch the Soriz trailer:     […]Read More

So, you want to join the most elite class of cultured people, who gather under the title of “Metera Main” do you? Well, you’ve come to the right place. I’ll take you through Metera’s overall gameplan, key normals and specials, and some setups. So lets descend into the pits of degeneracy with our Granblue Fantasy […]Read More

Granblue Fantasy Versus Zooey Is The Fifth DLC Fighter

A colour pack leak has given us a look at the final character in the Granblue Fantasy Versus season pack, and it looks like it’s going to be Zooey. Zooey is one of the more popular characters in Granblue Fantasy so it makes sense that she would be added to the growing roster.   The […]Read More

We finally have a Granblue Fantasy: Versus release date in the UK! The game will launch on March 27 2020 in Europe and Australia after what feels like an eternity since the main release of the game. The news comes along with a brand new launch trailer which you can see below.   Watch the […]Read More

Granblue Fantasy Versus is releasing in less than a week over in Japan, but until now we haven’t been too sure on a western release date. Thankfully, XSEED have revealed that the game is actually due out on March 3 in North America, but we still don’t have a solid date for Europe.     […]Read More