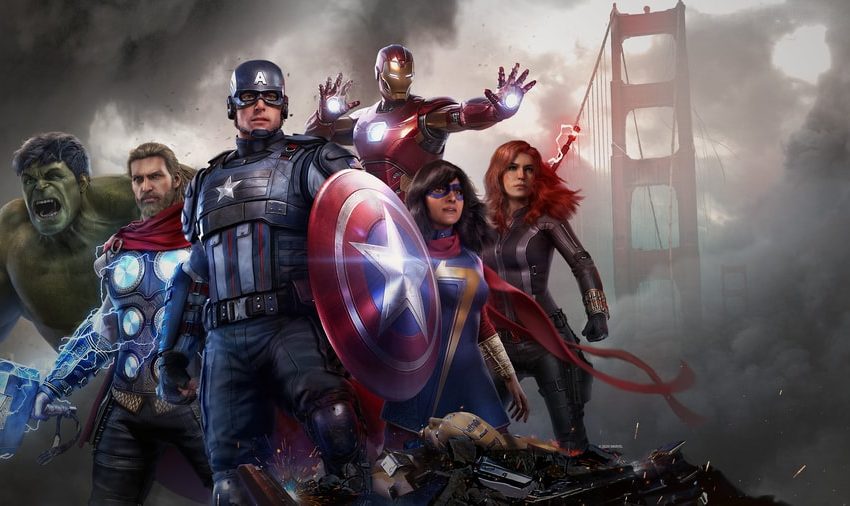 It seems Square Enix made a huge loss on Marvel’s

Square Enix has released financial reports for its second quarter (July – September), and they suggest that Marvel’s Avengers has performed poorly for the company. The report reveals a loss of over ¥5 billion ( £36 million) in Square Enix’s ‘Digital Entertainment – HD Games’ division, which analyst David Gibson suggests was largely down to […]Read More

Throwback to January 1998 Being Awesome for Japanese Games

Join us as we take a look back at Japanese games… from the past! Believe it or not, 1998 is now officially 20 years ago. But what a strong year it was. As the millennium was beginning to wrap up, we were on the precipice of the first 3D consoles ending, with the impending PS2 generation nearing […]Read More

The Reader’s Choice Awards are over, but why stop there? There’s still lots more to talk about when it comes to the long list of amazing games and anime 2017 has given us! Oscar, Holly, and Mitch look at the good and the not-so-good of the year for the Rice Gaming & Anime Awards 2017! […]Read More

Marvel vs Capcom: Infinite DLC to Release on 5th December

Capcom has announced that 18 Marvel vs Capcom: Infinite premium costumes will release today, and that you can purchase them individually for $3.99, in packs of 6 for $11.99, or buy a second season pass exclusively for costumes for $29.99, in case you want all of them.   Each character will get a premium outfit, […]Read More

Fans have been desperate for another entry in the Marvel vs Capcom since the third game dropped in 2011. While yes, the game mechanically takes a step forward — it’s mired in a particularly wanting package of joyless presentation that wouldn’t be worthy of holding the soul gem.   Don’t get me wrong, there’s a […]Read More

Capcom revealed all six of the DLC characters coming to Marvel vs Capcom: Infinite in its first season pass, and they’ve now announced that the Monster Hunter DLC will arrive later this year. She has a model in-game already, so it makes sense she’s amongst the first to land.     You can watch how […]Read More

Capcom has announced all six of the Marvel vs Capcom: Infinite DLC characters and, as the leaks previously revealed, we already knew most of them. The only fresh face is Black Widow, and she’ll be joined by Sigma, Black Panther, Winter Soldier, Venom and Monster Hunter girl.   Sigma isn’t to be mistaken with Buzz […]Read More

Check Out Gamora Ahead of Marvel vs Capcom: Infinite’s Release

Capcom Japan has released an introduction video for Guardians of the Galaxy member Gamora, and it showcases her fiercely fast play-style which incorporates both her blades and her firearms. You won’t glean any gameplay tips from it, though!     You can watch the trailer below, and I’m already digging her speed and abilities.   […]Read More