After plenty of rumours, Hawks is finally confirmed and playable in My Hero One’s Justice 2. Bandai Namco have officially revealed that Hawks is now available, along with some patch notes including balance tweaks that you can read here. The No. 2 Pro-Hero will use his wings, keen eyes, and intelligence to devastating effect, as […]Read More 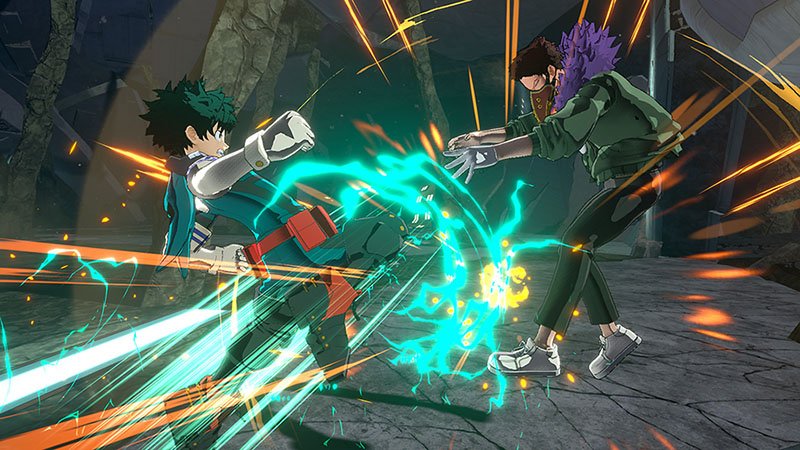 In an almost unprecedented turn of events, we’ve received an English dub of My Hero One’s Justice 2 in a free patch! Bandai Namco have shadow-dropped the 1.05 update, which includes an English voice option! The patch also does some other things, like adjusting balance and improving game stability – but we’re all about that […]Read More

My Hero One’s Justice 2 has a Season Pass which includes 5 new characters and a few customisation items, and one of them has been teased in this scan from the new Weekly Shounen Jump issue. Many thanks to @NiniiSpangle for posting the scan on Twitter! It looks like we’re getting My Hero Ones Justice 2 Hawks […]Read More

My Hero One’s Justice 2 is an Arena fighter developed by Byking and Published by Bandai Namco available on Switch, PS4, Xbox One and PC via Steam. It’s the follow-up to My Hero One’s Justice which came out in 2018. “I AM HERE” to tell you if this game is worth it in our My […]Read More

How To Unlock Everything In My Hero One’s Justice 2

My Hero One’s Justice 2 is releasing today! The sequel to My Hero One’s Justice has a lot of content to unlock including playable characters, customisation options (such as costumes and costume parts) and items for your gallery. ‘I am here’ to give you  a taste of things you can unlock in the game as well […]Read More

The upcoming arena fighter based on the massively popular anime and manga, My Hero Academia has received tonnes of new characters recently, and they’re all featured in this brand new My Hero One’s Justice 2 trailer. The new trailer also shows off various modes within the game.    Watch the trailer:     The trailer […]Read More

Last week I got to sit down with Aoba Miyazaki, a Producer on My Hero One’s Justice 2, during the interview, Miyazaki-san enlightened us on the process when it comes to designing attacks, how movesets have changed from the previous game, and how they balance All Might vs Mineta.       My Hero One’s […]Read More

There are 8 trillion video games coming out in 2020, as well as a brand new console generation. With that in mind, we’re not going to list every one of the 2020 video game releases. But we are going to list any games we think you might be interested in, along with what we’re excited […]Read More