I’m a big fan of the Zero Escape series, so The Nonary Games sounded like an exciting release to me. In particular, I was eager to get stuck into the 999 remaster, as it’s my favourite of the three, and has the most changes to the two games included in The Nonary Games. Yet I still can’t decide […]Read More

Zero Escape The Nonary Games Announced for PS4, Vita, and

The Zero Escape news has been revealed! 9 Hours, 9 Persons, 9 Doors and Virtue’s Last Reward will be coming to PS4, Vita, and Steam as a package called Zero Escape The Nonary Games. The trailer on the Steam page also shows off the English voices, and some new high resolution screenshots.   Many people […]Read More

A post on the Aksys Games Twitter account has revealed there will be some Zero Escape news later this month. Which doesn’t leave a lot of time, to be honest. There aren’t any clues as to what the news will be so far. Zero Time Dilemma came out earlier this year, wrapping up the game trilogy. As […]Read More

Zero Time Dilemma Launch Trailer Shows off All the Games

The Zero Escape series may very well be one of the best visual novel and puzzle games to date. Whereas Nine Hours, Nine Persons, Nine Doors was a suspenseful escape puzzle on the Nintendo DS, its follow-up Virtue’s Last Reward improved upon almost everything.   With the third game in the series, Zero Time Dilemma, launch […]Read More

Zero Time Dilemma, also known as Zero Escape 3, is the third upcoming installment of the Zero Escape series for the Vita and 3DS. Despite that the story will take place in between the first and second game.       Aksys Games recently launched a teaser twitter for the game under the name @_crash_keys_, […]Read More

We mentioned Zero Escape 3 in our Anime Expo 2015 Visual Novel round-up, but it’s such a big deal to us we want to let you know the full scoop. We’re big fans of Visual Novels in general here, but 999 and Virtue’s Last Reward are two of our favourites. Naturally we were surprised and […]Read More

I am a big fan of Battle Royale, so when I heard a game with a similar concept was coming out I was excited. Danganronpa was made by Spike Chunsoft and published by NIS and as all games NIS publishes you are in for a crazy ride. Filled with murder, mystery and deceit, this is […]Read More 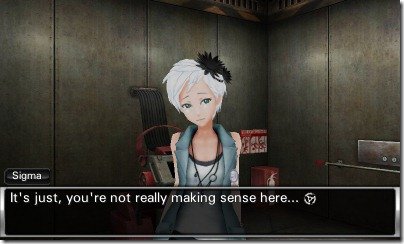 Virtue’s Last Reward is a unique Visual Novel game, and a non-direct sequel to Chunsoft’s 999. Nine people have been abducted and bought together to play the ‘Nonary Game’ – where a mix of escape puzzles, betrayal and co-operation will decide the final outcome. With 26 endings to discover – that outcome will change a lot. […]Read More