Since I bought PlayStation VR, I’ve been thinking about the future of VR quite a lot. Technically, I think PSVR the worst of the ‘big three’ VR experiences that I’ve tried, behind Oculus and the (to my mind) exceptional HTC Vive tech.

What PSVR lacks in sophistication and wallet-bruising heft, it makes up for by being the most accessible. Simple to setup (discounting the ludicrous amount of additional leads) and less disruptive in the home, with most games requiring you to just sit down and move your head a bit. It’s an impressive entry point to VR. A friend of mine, who extols the virtues of Vive, once told me he had “arranging the living room for VR down to a fine art”, and then he just scowled at me because it looked like I wasn’t really listening to him.

To be fair I wasn’t listening to him. I was busy remembering the time he disturbed the balance of soft furnishings in my home so he could demo to me. And how, after he scraped my coffee table across the floor, I felt the overwhelming desire to asphyxiate him with my Hatsune Miku lanyard. Perverting the Feng Shui of my home is about as high on my list of priorities, as tearfully soiling myself in front of my work colleagues. These days, I can barely rouse myself from the sofa to put a disk into a console, let alone gyrate my hips, encased in the convoluted apparatus of cyberspace. Until the hardware becomes more elegant in design and practicality PSVR will do me just fine for now, thank you very much.

But I digress. The future of VR isn’t just about hardware, it’s about the experience (man). While I’m an advocate of the technology, I am not entirely sold on the direction games are taking us. So far, the experiences on offer can be boiled down to three, core, experience types:

These are games like Eagle Flight which provide a kind of sensory overload, preying on our tiny minds’ collective nievete when it comes to the technology. PlayStation VR Worlds’ shark dive is another good example – joyrides effectively, that serve only for us to go, ooooh and aaaah at the shiny things.

While I find it fascinating how quickly we’re duped into physically reacting, at a primal level, to the information our eyes are giving us, it won’t be long until our brains ‘get’ VR and the thrill won’t be enough.

‘Look how high I am!‘, ‘Look how fast I’m flying!‘ will get real old, real fast. It’s not the future of VR because, essentially, humans just aren’t that stupid. Brains will adapt, and once they do, VR thrill-rides will die. 2/ ALL THAT IS OLD IS NEW AGAIN

Possibly the ‘easiest’ (though not necessarily the weakest) VR experience type – taking a well-established genre and adding VR into the mix. I found Drive Club’s VR to be hugely underwhelming. The dry, driving experience afforded by that game is not really my thing – and I don’t believe that VR is going to particularly revolutionise the genre, merely enhance it, once both resolution and framerate make it to the party unscathed.

Minecraft in Gear VR and Rez Infinite on PSVR on the other hand are absolutely glorious. Rail shooters have always put me into a permanent state of arousal, as you know. Rez in VR is basically all I’ve ever wanted. EVER. I’ve never been a big fan of Minecraft though, so it was all the more impressive to see the Pocket Edition so magnificently transformed, for the better, by being in VR. Blocky though it is, the sense of scale VR brings is very impressive – with even the simplest creations taking on a greater sense of gravitas, for you, the creator.

Inevitably some games will work well, others won’t – but I, for one, am very much looking forward to seeing how ‘old’ genres pan out in VR, which can blossom or, ideally, be reborn.

I’m looking at YOU Mech-games. In the past, cockpit views in mech games simply housed data as a prettier HUD, they have always been, literally, window dressing. I always wanted the cockpit to be a more integral part of the experience, a necessity – but you never really interacted with it, you just read it.

Elite Dangerous takes a GIANT leap forward in cockpit design, while largely aesthetic, the way they differ from ship to ship, the way reading ship data is better integrated into engineering of your ship – it’s something I have huge respect for. The cockpit feels like an actual ‘thing’ where everything has purpose. Meticulously designed, obviously by developers of very real talent – it’s an aspect of that game that I adore and in VR it’s difficult not to be genuinely moved by the majesty of it.

However, when it comes to VR cockpits, what I REALLY want is… Nope not the ‘good’ version with THAT controller. I’m talking Xbox 360 Kinect’s Steel Battalion: Heavy Armour. You know, the rancid one that everyone universally hated. Currently rocking a Metacritic score of 38, I am probably the only person in the world who would ever want to see this make a come back, but as I’ve said before – fuck Metacritic. Steel Battalion: Heavy Armour is AMAZING

Cooped up in a tiny metal box with your high-fivin’ War Bros, reach out and pull levers, operate a perescope, vent smoke – watch as your cockpit gets smashed, holes blown into it, blood-spattered across the filthy glass. You can even ‘brofist’ your comrades for goodnessakes. I’m not being sarcastic when I say that this game’s cockpit action is second to none. The only thing, the ONLY thing that let it down was that it was WAY ahead of it’s time.

360 Kinect wasn’t sophisticated enough. Its failure to recognise your intentions was beyond shambolic and totally unplayable. Translating your precise gestures as though you were a flailing Orangutan, with its anus jacked full of amphetamines – randomly reaching for levers and pushing buttons you didn’t want to, at the worst possible time.

An abortion of a videogame it may be, but I maintain my respect for what they tried to achieve. Resurrected today, using PSVR and Move? I am convinced people would appreciate it for what it was always meant to be. 3/ IF ONLY YOU COULD SEE WHAT I’VE SEEN, WITH YOUR EYES

Lastly, for me, what VR allows that traditional on-screen games do not, is providing a genuine sense of intimacy – not just with a game’s characters but with world around them, and the manner in which you interact with it.

Developers spend ages making stunning worlds full of beauty, populating them with objects and inhabitants who are increasingly expressive. As gamers we demand this enrichment of characterisation and environmental detail, but ultimately, how much of it do we really take in? Increasingly we’ve learned to filter out detail in the pursuit of efficiently arriving at our objective.

Take MMORPGs for example. Sure these are lavish, detailed worlds filled with lore, but if we’re honest, we eventually stop caring. They’re just a pretty surround as we race from point to point collecting maths as efficiently as possible to grind our levels. Likewise, from Deus Ex to Fallout, objects of importance are handily outlined or signposted so that we don’t miss them. So that we notice them amongst the equally detailed, but ultimately less important clutter. We use our eyes less and less to truly scrutinise game environments, because frankly, actually looking is WAY too inconvenient. It’s for this reason that Summer Lesson is a far more important a game than many might think. Yes, I know what you’re thinking – but Summer Lesson is a genuinely striking piece of work. It’s tender, human, beautiful to look at and full of drama – in the subtlest sense.

VR’s greatest assets for me is the way in which it can suddenly bring players closer – free perspective in a number of different ways. There are points in Summer Lesson where I was really blown away by this potential. When she originally finds you, her new tutor, waiting in her room for example. Or when she leans closer to show you her phone. Or when she leaves her room and you’re left alone, just looking at her stuff. These moments may feel insignificant, but in VR there’s a certain poignancy there which is quite affecting – little things suddenly become more important and I love VR’s ability to evoke that.

What Summer Lesson really does though is suggest how incredible a Visual Novel made in this format would be. If a great story and the intimacy of closeness could combine in this way – then the future of VR really could be something special indeed and a future I whole-heartedly look forward to. 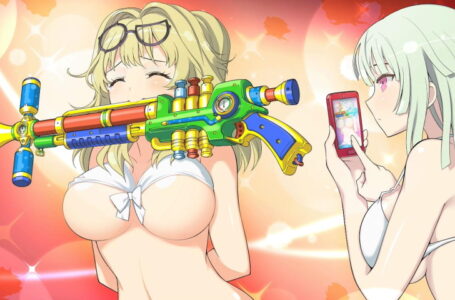 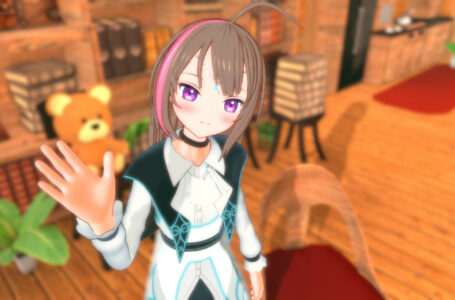