Arcade game developers got a surprising amount of mileage out of the basic concept “gradually uncover a silhouette of a sexy lady”. And, pleasingly, not all of these cheeky, lewd games were Qix clones, either.

A noteworthy lewd arcade game that is genuinely worth playing for more than just its saucy bits is Mitchell Corporation’s Lady Killer, known in Japan as Moeyo Gonta!! — and sometimes colloquially known as Gonta the Diver.

Mitchell Corporation was a company that was established in Japan in 1960, initially as an import/export business. But when CEO Roy Ozaki took over the company from his father in the 1980s, he decided to take a chance on the fledgling arcade and video game market, initially acting as a distributor for a number of other companies before moving on to developing its own titles.

Lady Killer, released in 1993, was Mitchell Corporation’s 11th game on the market. The company had, by this point, established itself with the Buster Bros series — also known as Pang — but was yet to release its most well-known title Puzz Loop. Lady Killer was actually licensed from another company (or individual?) called Yanyaka — though details on who this company (or person) actually was appear to be lost to the mists of time at this point; the only project the name “Yanyaka” appears in connection with on today’s Internet appears to be Lady Killer itself.

But enough history; what of the game? Well, Lady Killer is, as you have doubtless correctly surmised already, a game in which you gradually attempt to reveal the silhouette of a nudey lady. Rather than accomplishing this by drawing lines as in Gals Panic or cutting out shapes as in Dancing Eyes, however, the mechanic of choice here is tile flipping.

Each stage in Lady Killer begins completely obscured by a series of tiles that display a watery pattern and the silhouette of the mademoiselle du jour, and it’s up to you, as Gonta the diver, to dive into that water and then re-emerge somewhere else. Diving into the water flips the tile you dive into; re-emerging elsewhere flips that tile also. You can neither dive in nor resurface on a tile that has already been flipped from its watery side to its “picture” side — and Gonta can only remain underwater for several seconds, so you’ll need to keep an eye on safe places to move.

Naturally, you’re not alone; each stage in Lady Killer features enemies who are trying their best to stop your perving. Thankfully, all of these can be dealt with simply by flipping the tile they’re standing on — though they tend to respawn elsewhere on the stage almost immediately under most circumstances, so you only grant yourself a moment’s reprieve at best.

The enemy mechanics are actually rather interesting, since they make good use of the two “sides” of the playing field. Most of the enemies are “on top” of the tiles, so you can safely avoid most of them by diving, then defeat them by bursting up from underneath them. Canny players can even take out multiple enemies at once with careful positioning on a tile boundary.

As the game progresses, the enemies get more challenging to deal with. Initially, they simply wander fairly mindlessly around the stage, but as you get further into the game they start attacking in various ways; some fire projectiles, some have sweeping melee attacks and others simply home in on your position. Since each enemy has a distinctive visual appearance and iconic sound effect, the game makes it straightforward to memorise their attack patterns — the tricky bit is learning how to deal with a bunch of them at the same time!

Further strategy is added to the mix through power-ups that appear both above and beneath the tiles; most of these allow Gonta to flip an entire row or column of tiles (or sometimes both) whenever he next dives or resurfaces. Careful usage of these can clear a whole bunch of enemies at once, as well as helping beat the level.

Flip all the tiles on the stage and you get a bunch of bonus points, and the current lady will remove a layer of clothing while making some sort of flagrantly sexual comment. Once said lady is down to her skimpies, she typically challenges you to some sort of minigame — either a quick-thinking test of observation in which you need to correctly find numbered tiles on screen, or an infuriating sliding block puzzle. The actual point of these isn’t entirely clear as there doesn’t seem to be any particular consequence for either success or failure, but they provide an interesting diversion from the main action nonetheless.

Oh, and a French lady sitting in what appears to be a cardboard box full of octopuses. It wouldn’t be a Japanese lewd game without at least a hint of tentacles, now, would it?

Lady Killer is a genuinely enjoyable game. Its mechanics are solid and its difficulty is pitched well so that it offers a noteworthy challenge without feeling gratuitously unfair. Its graphics are attractive, there’s plenty of variety in the girls (though all of them seem to be wearing tights, which will doubtless be of interest to those into such things) and there are some really nice touches in the sound. The girls all speak their “native” language in crunchy old-school digitised speech, for example, and the game’s various pieces of FM synthesised music have obviously been composed with a catchy “main theme” in mind; I defy you not to come away from a Lady Killer session humming that jolly little melody.

And while this game perhaps isn’t the most well-known in the west, it does still have its fans — it’s even cited by Crawlco Block Knockers creator Cosmi Kankei as a specific influence on his (excellent) game.

Now to convince the folks over at Evercade that we really need an “adult arcade games” cartridge for the platform, eh? 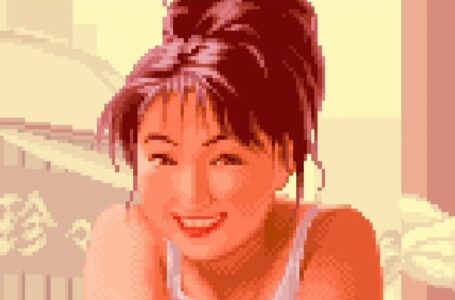