It has been more than forty years since the release of the first Mobile Suit Gundam film in Japanese cinemas and the declaration of a “New Anime Century”. Beyond helping to bring the already cancelled series back to life, it also marked an important day for the anime industry as a whole. It is widely referred to as “the day that anime changed”, becoming something that the mainstream media could no longer write off as kids’ stuff.

As we come to a close on 2021, let’s take a look back at the day of the notorious “Shinjuku Declaration”, forty years later.

Because it began covering adult themes far sooner than Western animation, it is easy to forget that there was a time when anime, too, was considered something just for kids. In 1979, it was a show known as Mobile Suit Gundam that helped change that perspective. It was bold and unashamed in how it dealt with heavy themes like imperialism and the realistic impact of war on the young people who were ordered to fight in them.

The change was some time coming. Astro Boy had been off the air for over a decade at that point but many of the young people who had grown up watching it and shows like it were now in their late teens and early twenties. They were older and ready for more mature content in their anime. So Gundam director Yoshiyuki Tomino wanted to give it to them. The show he gave them didn’t pull its punches and was revolutionary for many reasons. VHS tapes – remember those? – of episodes became coveted collectors’ items and models of the famous mecha became big business.

Though the show was cancelled in 1980, there was still a strong fanbase buying tapes and models, so the show was re-cut and re-edited into a trilogy of films. In a statement that would go on to be as true as it was overdramatic, Tomino would make his famous “declaration of a New Anime Century” at first film’s premiere on 22 February, 1981.

The event was intended to be small and somewhat intimate, with a few hundred expected to attend. Many outlets reported that 15,000 anime fans descended on Shinjuku Station by midday, all clamouring to take part in the celebration of this “New Anime Century” with a show that they had taken into their heart. Fans showed up in Gundam cosplay before cosplay was really a known thing, with tapes they hoped to have the cast and crew sign, and generally excited to be a part of such a momentous event. Gathering so many fans in one place is no small feat today, but in an era before texting, messaging, or the Internet, it was nearly impossible.

Of course, this presented a big problem for Tomino and the organisers. They didn’t have authorisation for such a large gathering, which were illegal around the busy transport hub at the time. The police, unsure of what was happening, threatened to close in, which would surely cause a riot. Knowing that the media would paint the entire generation of anime fans in a negative light if there was violence, Tomino took to the stage early and gave a speech in a hope to avoid such an outcome.

He pleaded with the group gathered to remember why they were there. It wasn’t just about Gundam but about this new age of anime that it helped usher in. It was about showing the grown-ups around the world and in the media what they cared about and what kind of stories they wanted to tell. That the grown-ups of the world needed to understand what young, modern teenagers were thinking.

By Tomino’s own admission, his words were harsh – he reportedly started by calling the crowd “dummies” – and he immediately saw the irony of having a man who had just turned 40 tell the young people in attendance what they wanted, so the statement was later re-read by a pair of young students. But the effect was immediate. The crowd did not become violent and was cleared without incident, forcing the media to comment on the size of the crowd that had arrived to celebrate an anime rather than condemn them for violence. Tomino’s words, spoken off-the-cuff, helped ensure the dawn of the New Anime Century he had been dreaming of.

Gundam wasn’t the first “mature” anime to come out at the time. Nor has the original series held up brilliantly over the years. But it is impossible to overstate the importance of that event in how it brought anime out of the realm of children and help it become considered as a serious medium for storytelling. The fact that the series is still going strong, with new shows and video games released almost every year, is a testament to how important it was in bringing anime to the mainstream — and showing that our favourite medium is for everyone. 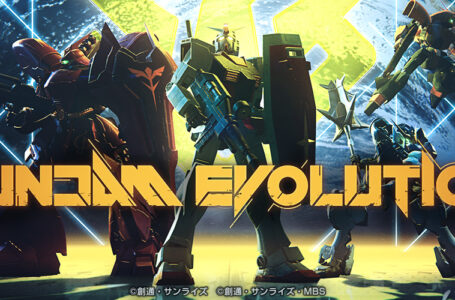