To say that Final Fantasy XIV’s first expansion pack Heavensward was eagerly anticipated is something of an understatement. Not only had the game undergone an incredible reversal of fortune, but it had also delivered one of the most excruciating cliffhangers in any piece of narrative media.

On top of that, the promise of an MMO expansion always brings with it plenty of speculation as to what the new content will actually be like — and, of course, whether or not the final result will actually live up to the promises.

One area where Heavensward most certainly delivered on its promises — and where it made its intentions extremely clear right from the outset — was the sheer scale of the experience, both in terms of the narrative itself, and the environments you find yourself exploring.

The fact that we’re dealing with an epic-scale narrative is clear from the moment you step through the Gates of Judgement on your way to the city of Ishgard proper — something you were never able to do in A Realm Reborn. Your journey across the huge bridge, The Steps of Faith, is accompanied by haunting music — and narration.

Heavensward makes a point of accompanying your first visit to each zone as part of the main story quest with some narration, delivered as if it were the memoirs of a character that you meet quite early on. Said narrator has a flair for the dramatic, and makes your tale sound suitably epic — even if all you’re doing at the start of Heavensward is showing up in various places and doing a few odd jobs to help out and establish your reputation in these new (to you) lands.

But while your tasks may start on the mundane side, the scenery certainly does not. Shortly after your arrival in Ishgard and your introduction to your benefactors, who take you in after the chaotic events of A Realm Reborn’s conclusion, you are dispatched to two very different zones, each of which are spectacular in their own way.

One of these, the Sea of Clouds, is something that you have heard of prior to Heavensward, but have never actually seen. And while Final Fantasy XIV has been no stranger to peculiar landscapes prior to this point — usually as a result of the crystalline formations created by the Calamity — this is the point where it becomes clear that Heavensward is a whole other matter.

The Sea of Clouds is a floating environment that consists of a number of islands that are suspended in the sky above the layer of clouds beneath. It’s a lush, green land that frequently plays host to vibrant blue skies and clear, starry nights — you’re above the clouds, after all — and it feels wonderfully otherworldly. You’re definitely not in Eorzea as you once knew it any more.

Meanwhile, the Coerthas Western Highlands offer a stark contrast, being blanketed in snow and ice — and yet still managing to play host to some spectacular vistas.

I must confess, prior to the release of Heavensward I was a little concerned; the Coerthas Central Highlands was by far my least favourite zone in A Realm Reborn, as I’m generally not all that fond of snowy landscapes in games, and I was worried that a significant part of Heavensward would likewise be blanketed in white. It didn’t take me long to be convinced of my folly, however; between the vibrancy of the Sea of Clouds and the enormous scale of the Coerthas Western Highlands, it was clear the Final Fantasy XIV team wanted to make sure there was some attractive scenery to see.

There are a few reasons for Heavensward’s zones being on a considerably larger scale to those found in A Realm Reborn. From a technical perspective, Heavensward marked the point where Final Fantasy XIV dropped support for its PlayStation 3 version and added support for DirectX 11 on PC. Between these two significant “under the hood” changes, the game was now capable of playing host to much larger zones without having to worry so much about performance on less powerful systems. The PS3 version had been starting to hold the game back, so it made sense for it to come to an end at some point — and making that point an expansion allowed for a clean break.

From a mechanical perspective, meanwhile, Heavensward introduced the ability to fly — and there would be little point in being able to fly if the zones were small enough to get around on foot easily. This is why even when Heavensward launched, flying was not added to the original A Realm Reborn areas until much later; the developers simply didn’t see a need for it, though they eventually relented on this after frequent requests from the player base.

What I always found interesting about Heavensward, though, is the fact that you’re not able to fly immediately. This upset a lot of people, but it makes a certain amount of sense, given how Heavensward’s narrative concerns the Warrior of Light’s journey across these strange new lands in order to discover the truth behind the Dragonsong War. It also drives home the sheer scale of many of these new areas, because there’s nothing quite like being able to see something that looks interesting off in the distance and having no idea how you will ever reach it.

The way flying works from Heavensward onwards is that you are stuck to the ground until you have found all the “Aether Currents” in an area. Some of these are simply scattered around the environment as a sort of collectible, requiring you to explore the whole map in conjunction with a special item to track them down. Others, meanwhile, are tied to both main scenario and sidequests, requiring you to engage with the things that are going on in the area.

This works very well as a means of encouraging people to take their time enjoying the world of Heavensward rather than just trying to race through the story content as quickly as possible so they can get on the endgame gear treadmill once again. By the time you’ve been all the way through Heavensward’s story, you’ve seen every zone’s key sights from ground level, and developed an appreciation of the unique landscape that each area requires you to traverse. It really drives home that core theme of being on a journey.

And it makes the title relevant, for that matter. “Heavensward” is actually used in a number of different ways over the course of Heavensward’s narrative, but one way in which it can be regarded is the fact that when you arrive in each zone, you are inevitably looking towards the heavens — heavensward, if you will — in the hope of one day seeing this landscape from far above. The idea of looking to the skies — both in the hope of flying through them, and in fear of dragon attacks from above — is a recurring theme throughout Heavensward, so from an artistic perspective it makes sense for this concept to be so tightly entwined with the game’s mechanics.

And the great thing is, Heavensward keeps that sense of wonderment at its scale up right the way through its story content — with its last zone in particular playing host to some amazing scenes. But more on that another time! 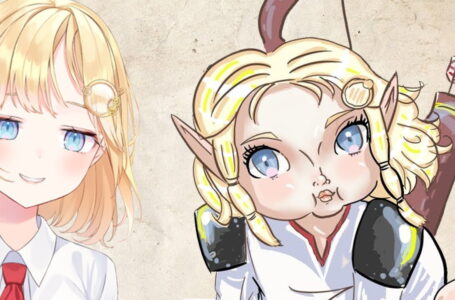 The Returner: My new job in Final...