Good afternoon everyone! Apologies if you’ve sent a letter recently and haven’t had a response as yet — we’ve been pretty busy around here and the heat has been knocking us all around a bit. I’m feeling hale, hearty and well up to some correspondence this evening, though, so let’s get down to business and do a big bumper catch-up edition of the Rice Digital Friday Letters Page!

As always, if you want to contribute, pop your message in the form at the bottom of the page or on the Letters page, and we’ll get to it as soon as we can. We look forward to hearing from you!

Do you know Samurai Bringer? It’s a roguelike game with some great mechanics. For example, you can literally create your own moveset combining various powers and creating new moves. If you have time, check out this game, I need your coverage! Have a nice weekend.

Hi Kerift, and sorry it took a while to get back to you on this one. I haven’t heard of this before, so I’m taking a look at it right now as I type this.

I am IMMEDIATELY sold on this thanks to its Brave Fencer Musashi-style aesthetic and its use of Japanese mythology. Thanks to all the various games I’ve played that have incorporated Japanese mythology to varying degrees — like, say, nearly every RPG ever — I’ve become a bit of a nerd in that regard over the course of the last few years, so this looks very appealing to me.

The fact it also looks like it incorporates Sengoku-era warriors is just the icing on an already very appealing cake — plus what you mentioned about the ability to create your own movesets and customise your loadout sounds very appealing indeed. I’m always up for a good action roguelike, and this looks like it could very easily become a new obsession.

Count on some coverage… err, soon. Probably early next month so I have a bit of time to get my teeth into it.

This letter has been completely rewritten by Editor Pete, because I thought it raised some interesting points, but the author was concerned that it might have contained too much personally identifying information and thus subsequently requested that it not be published.

As such, I want to cover the main points raised by the original author (who will remain anonymous) without letting them out of the bag. With that in mind, I may be omitting some of the specifics of the original context, but hopefully the main thrust of the issue will still be fully intact.

The issue concerned the matter of trigger warnings, and the issue of “difficult subject matter”. The letter’s original author cited a couple of examples where the author of an English language visual novel included scenes in their games that a significant number of readers responded negatively to for one reason or another — primarily because there was no warning that these challenging scenes were coming up.

The author of the letter noted that on the whole, they are all for “difficult subject matter” such as this, but that in their own work they include substantial trigger warnings for two main reasons: firstly, the standard reason, which is that so those with fragile mental health can make an informed choice as to whether or not to experience the work in question; and secondly, so that those who are into that sort of thing know where to get it.

This latter aspect is something that is not talked about all that much because trigger warnings are typically belittled as either jokes or spoilers — whereas they actually also have a secondary purpose, which is allowing people to track down the sort of material that they’re specifically up for experiencing.

We’ve talked before about how there should be no shame in discussing your own personal fetishes and fantasies, because video games are an eminently safe means of exploring those fetishes and fantasies without any risk of hurting yourself or others. And with that in mind, the original author notes, it’s worth warning people about the challenging content in a particular game at the same time as recommending it — because some people might be looking for that exact sort of experience.

Since I’ve just rewritten that whole letter in my own words, I don’t think I really need to add anything else to all that other than the fact that I agree completely.

I was actually talking with someone on Twitter about Rance recently, and we had a thoroughly interesting discussion about how the series handles the distinction between “noncon fantasy” and “violent sexual assault scene”. It’s something that the series is particularly strong at, but doesn’t often get talked about because for many people out there, you say “rape” and they run away screaming — quite understandably.

As with any subject matter in art, there is always nuance to be explored, and it pays to actually explore challenging content. Not only may you find something that speaks to you in some way, it can also help you understand your own feelings about all manner of different things.

Hope you don’t mind me paraphrasing your letter like this, anonymous author, but the points you raised were too interesting to leave out of publication altogether. Just shout if there’s anything in my rewrite that is still inappropriately personally identifying!

Newfound appreciation, and a thank-you rant

So, I’ve been playing Xenoblade Chronicles Definitive Edition lately and I can probably safely say I’ve massively enjoyed it.

A big help in that has been the editions newly-added “Expert Mode”, which, much like Xenoblade 2, stores the bonus EXP from exploration and quest-solving, allowing you to hand them out any time you please. It’s just a wonderful addition and it balances out the game’s incentive to explore with its combat difficulty allowing you to learn how the game’s (really good) combat system works instead of my experience with the original where I just ran around like a headless chicken searching for landmarks so I can level up.

I’ve also rediscovered Hyperdimension Neptunia Re;Birth 1, a game that’s been in my Steam library for ages and I’ve never really bothered to try all that much before. Life circumstances happened and I got to playing it again and to my surprise… I enjoyed it? When I was a tween, I thought Neptunia was THE WORST… insult to gamers, dumb, “moe shit”, that whole bloody dumb phase where you think everything that isn’t considered “high art” by some gatekeepers should be beneath you. And now I find I’m really enjoying it. Huh.

So, what are some games you thought were something you wouldn’t dare touch years ago — or play them and then drop them — only to come back later and find you actually do like it, either because you’ve changed yourself or something in a new edition just makes the game better?

And for the second part, I really enjoy the coverage of the Succubus series! Thank you! Unfortunately, Steam’s handling of sexually explicit content in Germany – stuff is just made straight-up unavailable instead of implementing, say, support for our electronic ID system to verify those of age – means I can’t buy them! Which sucks, they look so neat!

Hi AnGer, and thanks for your great letter. Honestly what you’re describing here pretty much sums up my entire gaming existence since about… 2010 or so, I’d say. Whereas prior to that time I tended towards being a good little consumer, reading reviews and tending not to bother with things that got low scores, from the first time I played the original Hyperdimension Neptunia, I discovered that, in fact, the games lurking at the bottom of the Metacritic pile actually had a lot to offer.

This is, of course, why I spend so much time championing interesting, obscure and otherwise underrated or unfairly treated games from both yesterday and today — because looking back on reviews of all sorts of things (even the legendary Atelier series!) it’s clear that there’s a lot of stuff out there that never really got fair treatment in reviews back in the day. Which, of course, means that during that period where I was making assumptions purely based on those review scores, I was missing out on a lot of stuff that, it turns out, would have been all-time favourite experiences!

In terms of anything “the other way around”… I’m struggling to think of an example. I’ve always had a reasonably good idea of my own tastes, and thus it’s fairly rare that I’ve found myself in a situation where I tried a game and absolutely hated it. The main example I can think of in that regard is Gears of War, but I still detest that game and everything about it, so that’s not a good example.

Perhaps some retro games? In my free time, I play a lot of stuff I grew up with on the Atari 8-bit and Atari ST home computers, and there were a fair few things I bounced off hard as a kid, but which I’ve had much more success with as an adult — either due to simply being better at games, or having a better understanding of game design and conventions in general.

Oh, and Demon’s Souls. It’s not that I didn’t like that when I first played it as such, but I didn’t play it enough to really appreciate what it was doing. More recently, I returned to it — on the PS3, as God intended — and found a delightful combination of deliberately paced action RPG and Lovecraftian survival horror. That’s probably my best example.

Sorry to hear you can’t indulge in some Succubus funtimes in Germany. Are you able to access DLSite in Germany? I believe pretty much all of them are available there; that site allows you to buy “points” with PayPal and then spend the points on stuff on the site, completely bypassing payment processors’ prudishness. I don’t know if Germany just outright blocks that site or anything, though — maybe worth a look. Tower and Sword of Succubus (plus a couple of others that aren’t on Steam) can be found here, while Castle in the Clouds and Midnight Castle Succubus can be found here.

And that’s that for another week. Time to go sit in the air conditioning and sleep for a bit. Have a lovely weekend, everyone, stay hydrated (apparently that’s what everyone on the Internet says now) and I don’t know, don’t die or something. 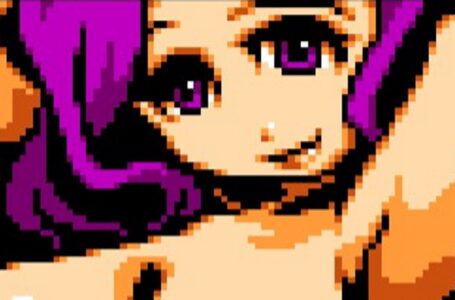 The Sword of Succubus: if Zelda had... 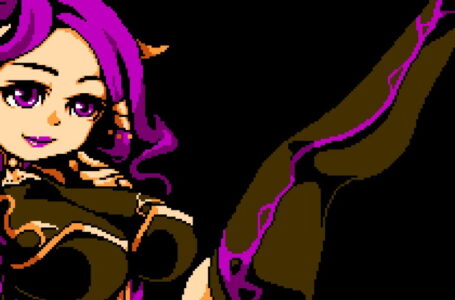