Every now and then in anime, we come across those scenes. You know the ones. Whether it’s something you’ve been anticipating or has just come out of nowhere, there are scenes that are so memorable and iconic that you cannot help but watch them over and over. I want to talk about some of the most iconic shounen anime moments that I absolutely adore. Some spoilers ahead! 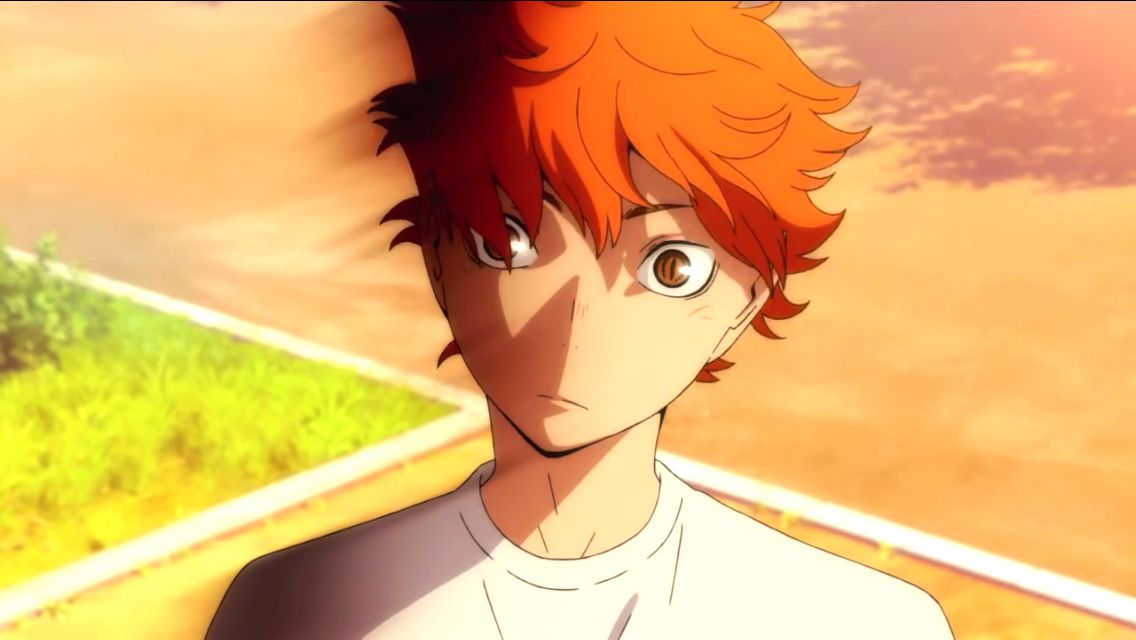 Karasuno, the team Hinata and Kageyama are a part of, haven’t had the greatest track record when it comes to the last few years. They are a team that are trying to rebuild themselves and climb their way back up to the top. Whereas Wakatoshi Ushijima is a character playing for an incredibly strong team and is the number one ace in the Miyagi prefecture, alongside being ranked in the top 3 aces in the country. Seeing Hinata declare war with him and back it up with a serious power play is such an unbelievable moment. 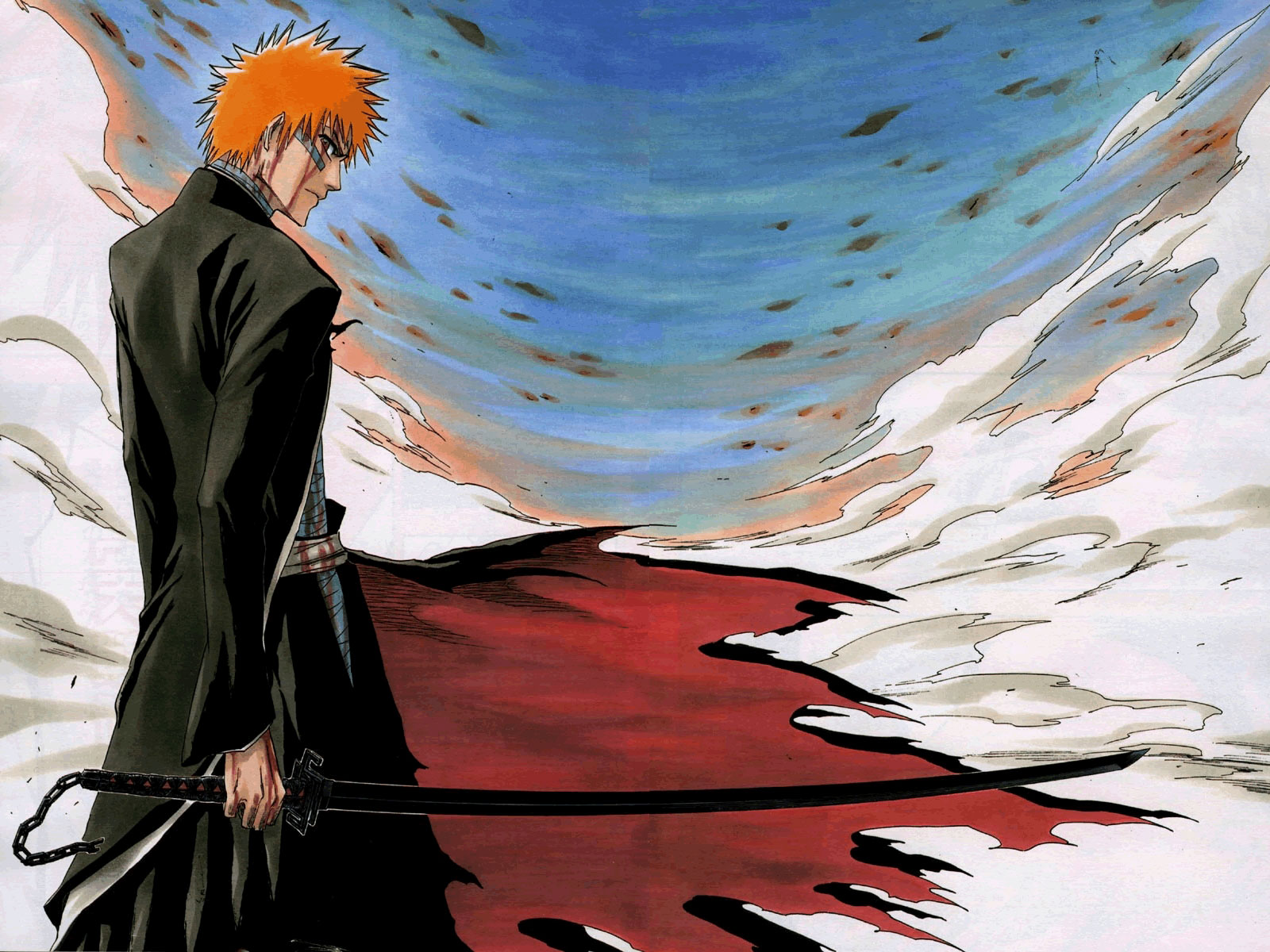 During what is considered by many as BLEACH’s most impressive arc, Ichigo attempts to rescue Rukia from Soul Society. In making Ichigo a substitute soul reaper, Rukia must be punished. In order to save Rukia, Ichigo breaks his way into Soul Society and fights numerous other soul reapers, but he soon comes face to face with the difference in power between himself and the captains. Undergoing rigorous training with the help of Yoruichi, Ichigo does the impossible and attains his bankai in record time. The reveal is an epic one. 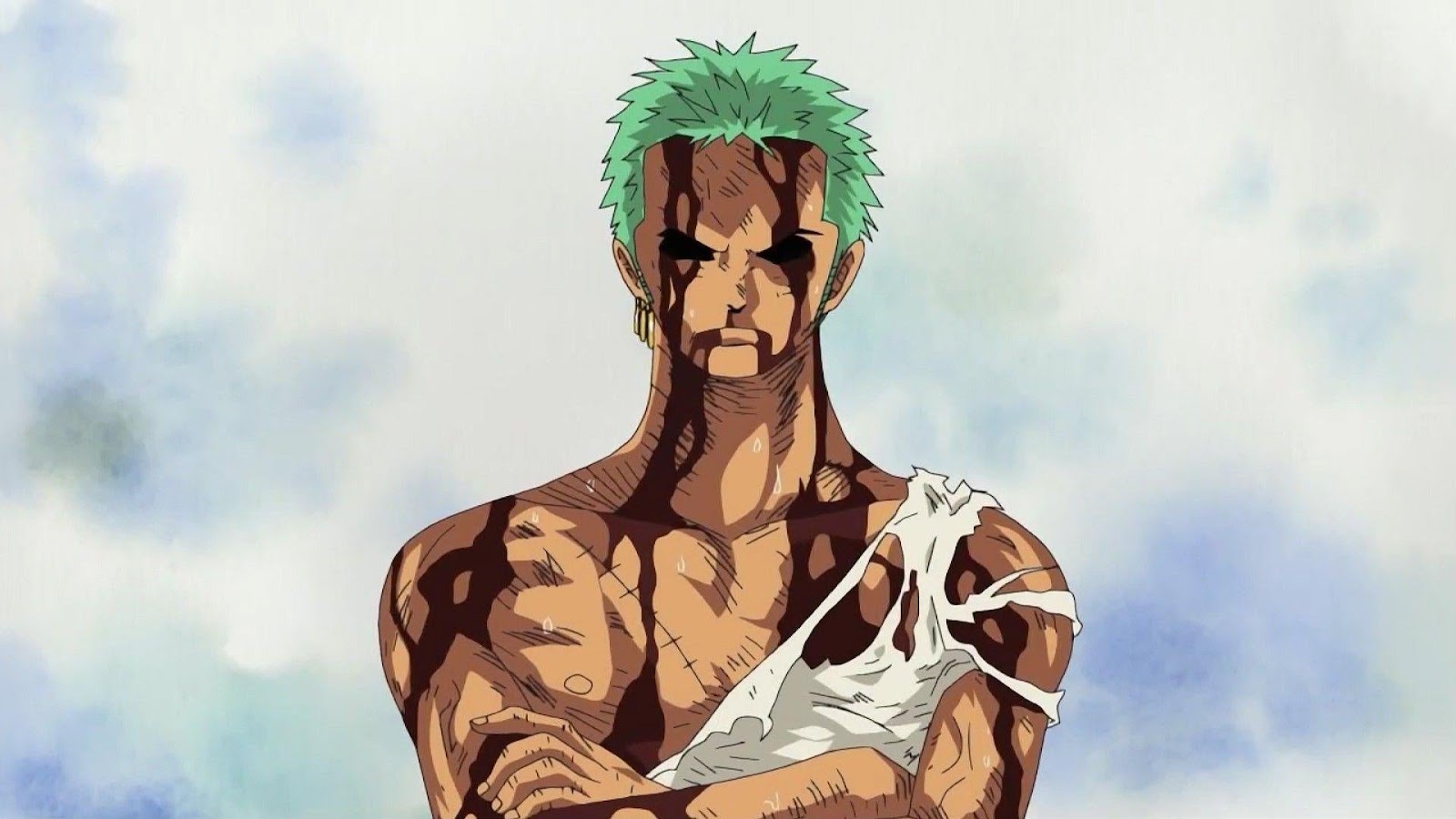 I remember first seeing this scene and being completely awestruck due to how incredibly badass everything about this scene is. After defeating Gecko Moria on Thriller Bark, the crew is left completely exhausted and Luffy is out cold. Former Warlord, Bartholomew Kuma, makes an unexpected appearance with the objective of eliminating everyone on Thriller Bark. After putting up a fight, Kuma offers to spare the Straw Hat crew’s lives if he can take Luffy. Refusing this, Zoro offers up his own life in return for his captain’s safety and Kuma accepts. Using his devil fruit powers, Kuma removes the pain Luffy is currently feeling and demands that Zoro take it. After seeing the intense pain that Zoro causes after receiving only a tiny amount of the pain and fearing the worst for our favourite swordsman, Zoro proceeds to take on all of it. To then see still alive, covered in blood, and arms folded. Zoro is a fan favourite for a damn good reason.

I imagine most would have thought the final fight of the series, Saitama vs Boros, would have been the more obvious choice. Honestly though, I have found myself watching the fights against the Deep Sea King many more times than the previously mentioned one. The fight with Boros most definitely has a lot going for it. Incredible animation, the opening playing during the fight and the fight actually lasts more than one punch. However, I prefer most of Genos’ scenes, certainly from an animation standpoint and I like that despite being more machine than man, Genos displays some many qualities of a hero of the people. Mumen Rider, everyone’s favourite underdog, gets some time to shine. Ultimately finished up by Saitama. There are a lot of memorable moments from the Naruto series, but this is a standout for me. The story of Sasuke, Itachi and the Uchiha was always one of my favourite parts of the story in Naruto. It was shrouded in mystery for a long time, and we never truly knew why Itachi did what he did. To then come to that final face-off between the two brothers was a truly iconic moment in anime. All the way until the very end, we were still unclear of Itachi’s movies. But then… Even on the brink of death, we find Itachi saving his brother from the grasp of Orochimaru and passing away with a smile on his face. This was the beginning chapter in the story of Itachi becoming the most beloved character in the entire series. 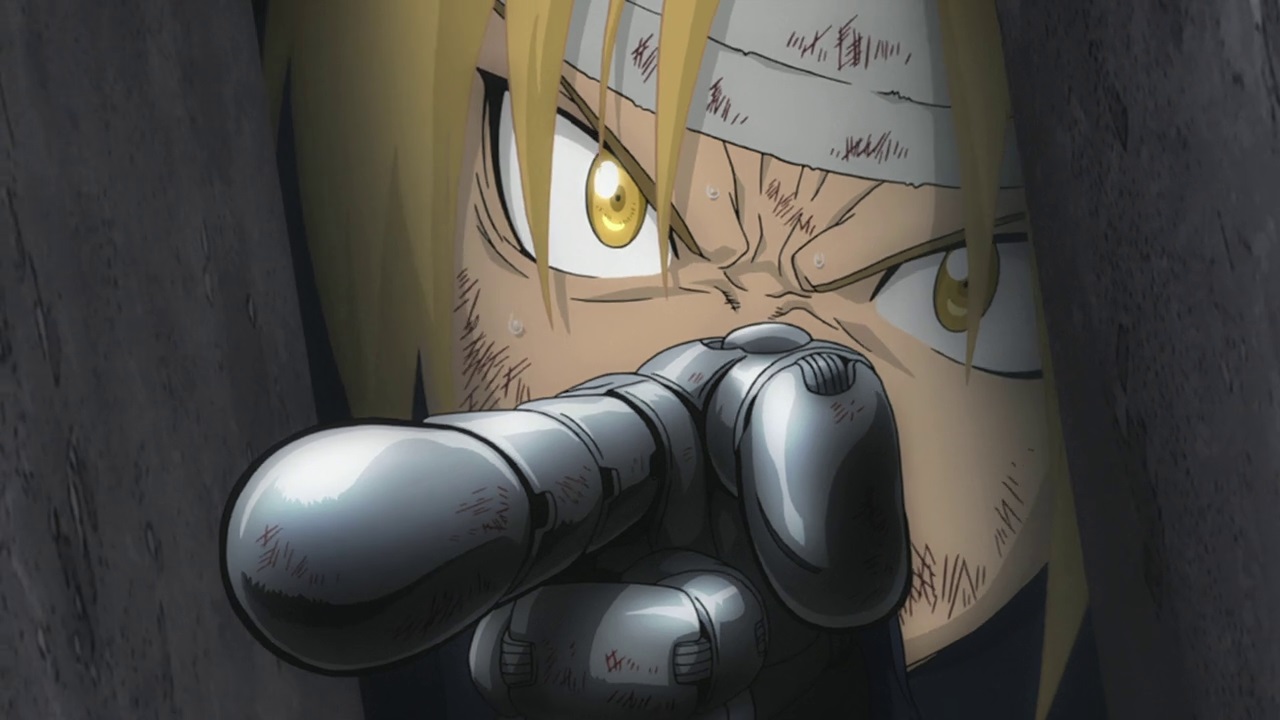 Full Metal Alchemist is a series that is treasured by many people, and for good reason. It’s an incredible adaptation with no filler that stands the test of time. It’s still considered as being one of the most popular and influential series in anime. There are many great scenes in Full Metal: Roy vs Lust or Envy, Ed vs Father. However, I think that Ed busting his way through the Gate of Truth was an incredibly powerful scene that tops the previously mentioned fights. You can see just how much his brother means to him, and the pure drive and motivation in his eyes as he points and says “Someday I swear I’ll come back for you. Just you wait”. 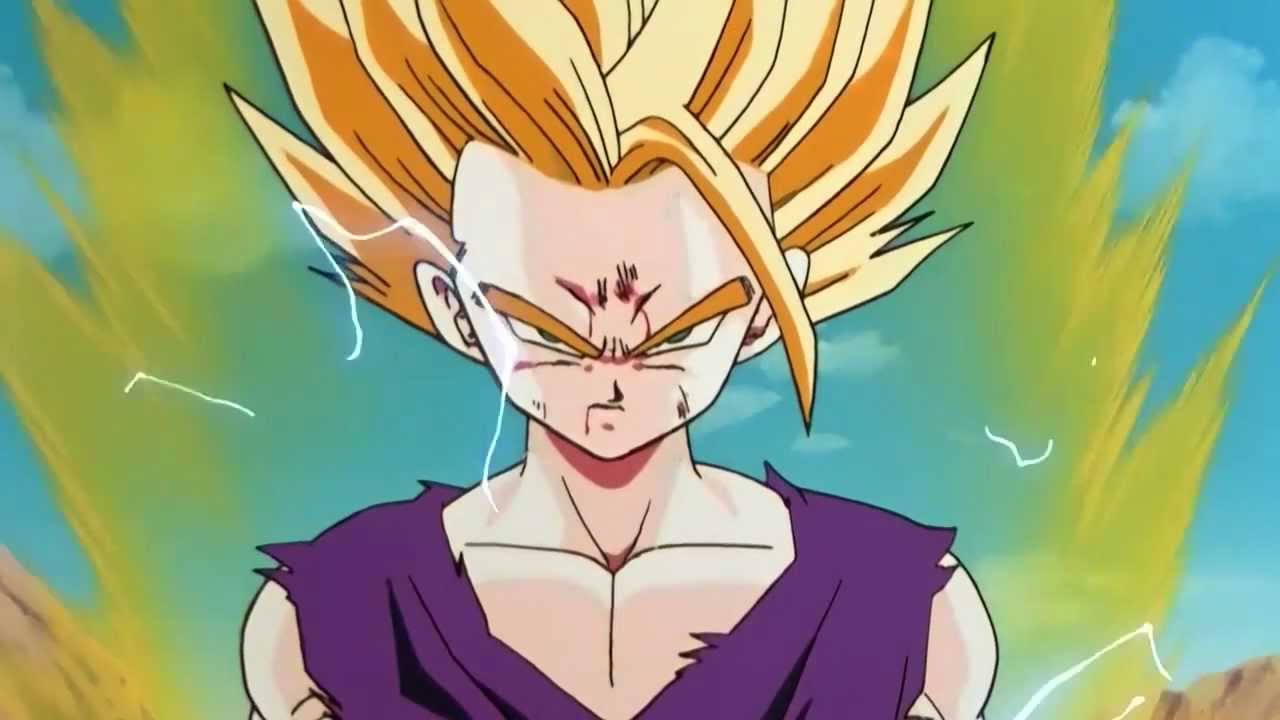 Ahh DBZ, the father of Shounen battle manga. As you can imagine, DBZ has numerous incredible moments that are not only iconic, but basically set the standard for what future JUMP series would aspire to become. Goku’s birth as a Super Saiyan, Vegeta’s sacrifice, Vegito, there are a lot of awesome scenes, but the fight between Gohan and Cell is the top 1 for me. Goku and Vegeta are Saiyan warriors who have nothing on their mind but to fight, so grow stronger and then fight some more. Gohan is a mix of both Saiyan and Human and he doesn’t want to fight, he wants to study and lead a more normal life. With Cell threatening everything that Gohan cares about, he steps up to the plate and fights to protect the earth. Ultimately, it’s these human parts of Gohan that allow him to go even further beyond. 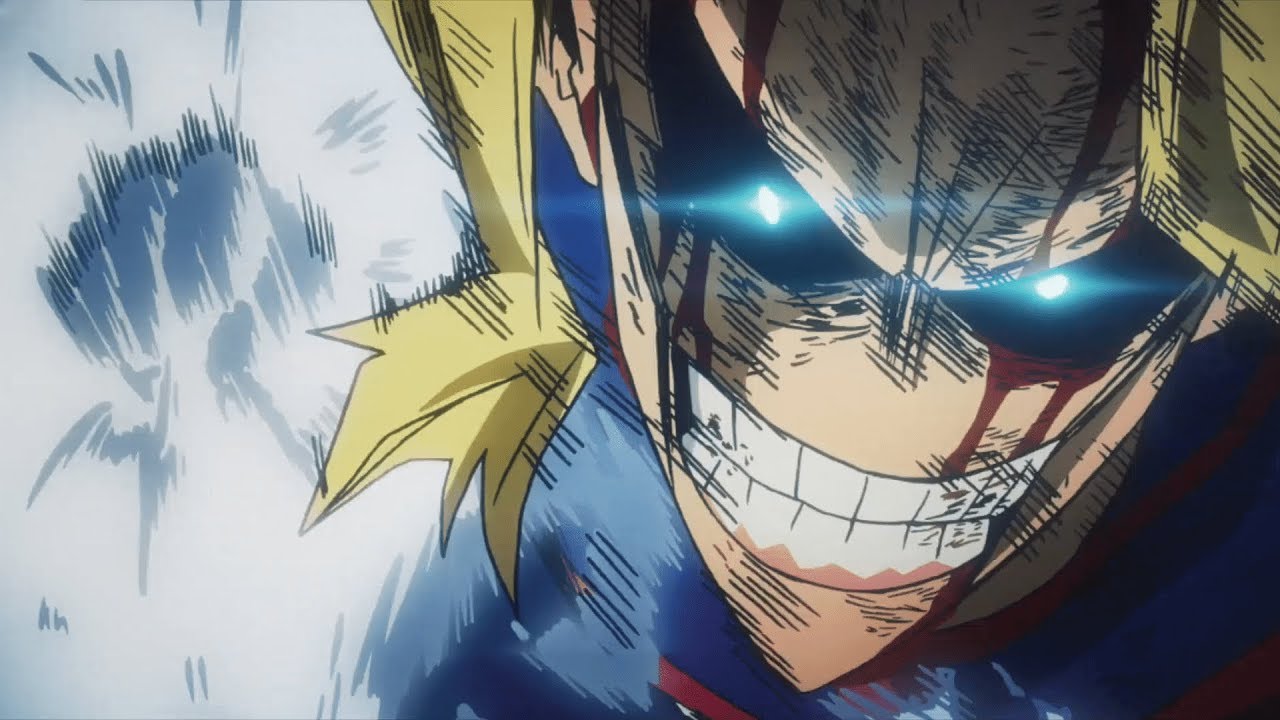 My Hero Academia has some incredible fight scenes. All Might vs Nomu, Deku vs Todoroki, Deku vs Bakugou, these are just a select few that I personally enjoy. All Might vs One for All though, in my personal opinion, is simply the peak of the series so far. Maybe it doesn’t have that insane animation that a scene like the Overhaul fight had, but it has so much emotional weight. All Might is a favourite of mine when it comes to the sensei-type character and to see him fight with all the strength he can muster, despite having the embers of his power dwindling, and refusing to give up until his successor is ready. It’s a genuinely powerful scene that I’m sure got a few tears out of people. 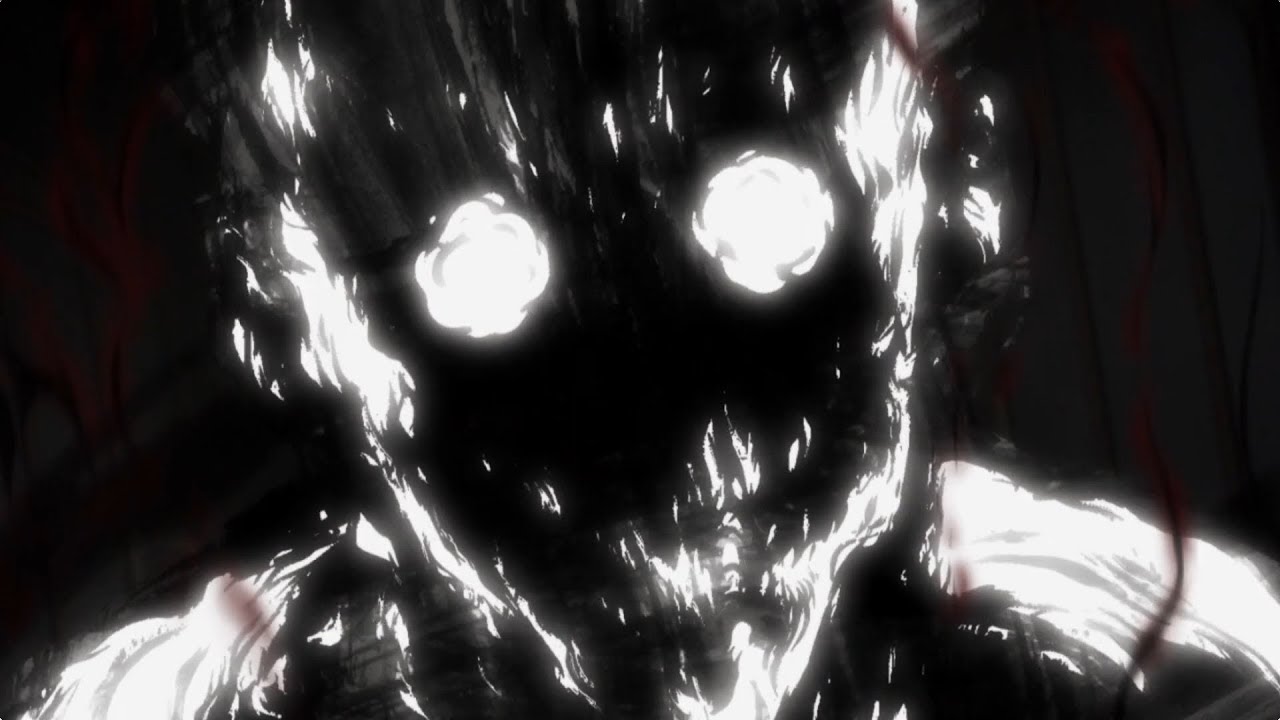 This scene gives me goose bumps every damn time. There are a ton of scenes from Hunter X Hunter that I thoroughly enjoyed. Killua’s god mode, Kurapika’s Judgement Chain, and of course Leorio’s punch. As great as the above scenes are, I don’t think they come close to Adult Gon brutalizing Pitou. I have never wanted to see a villain get beat up so much, and then genuinely feel sorry for them. The killing aura of Gon after he finds out that Kaito is dead genuinely leaks out of the anime and affects you as a viewer. Understanding the nen vow that Gon had also placed on himself makes this scene even more insane, as he has essentially sacrificed his entire potential and future in return for the power he obtains in this fight.

Luffy vs Lucci – One Piece 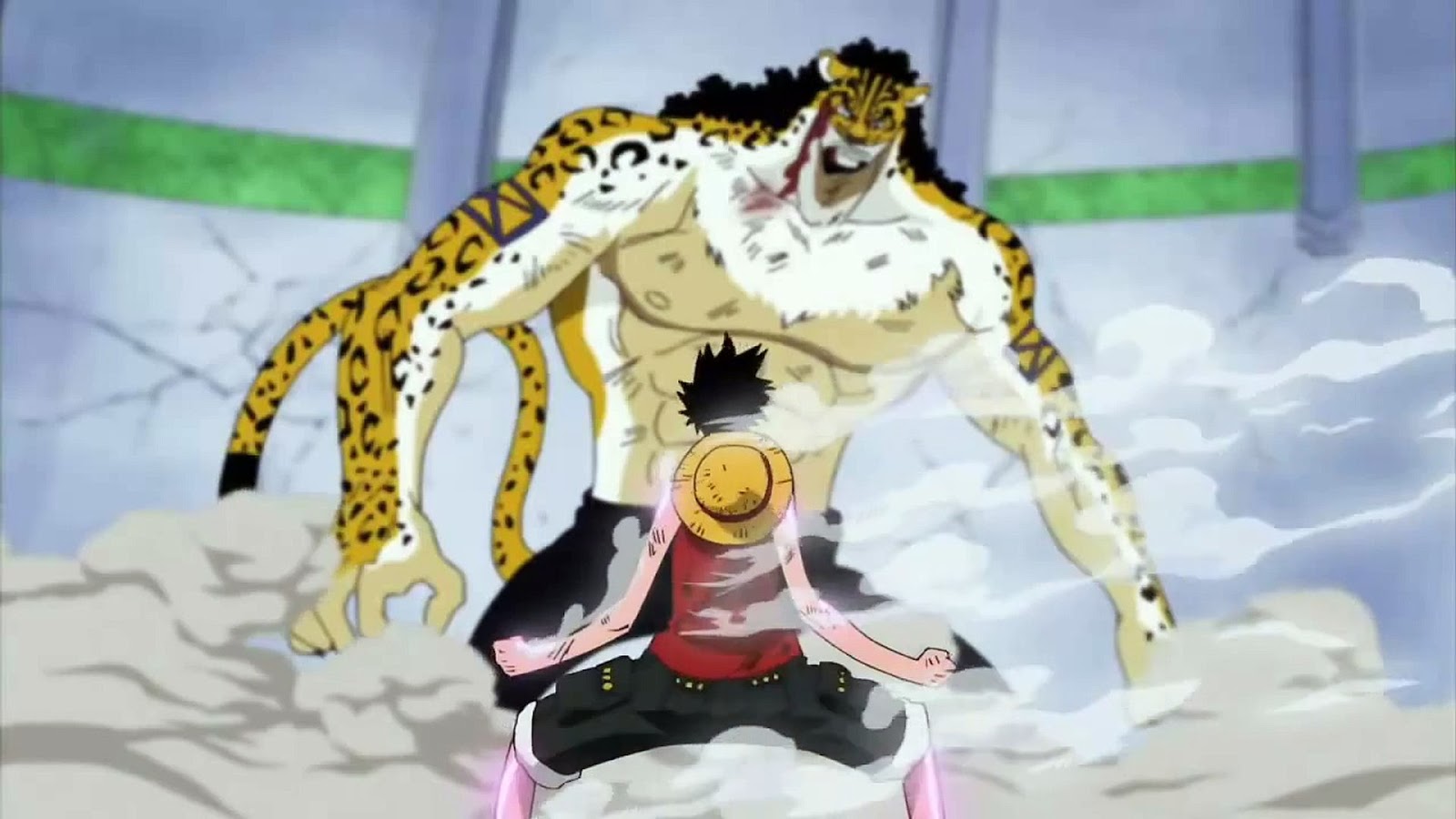 I know, I know One Piece is appearing on the list twice. When you have a series as long as this one though, it’s bound to have numerous iconic moments. Luffy vs Lucci is that one scene I go back and watch in full numerous times, every year. This fight embodies everything incredible about One Piece and everything people love about the Shounen genre as a whole. Luffy literally declares war on the entire World Government in order to save a friend. He refuses to give up against an opponent dead-set on chasing his target to the ends of the earth. I will NEVER get bored of seeing this scene as long as I’m a fan of One Piece.