There was a lot to love at E3 2017. Even some of the more usually western focused publishers seemed to have something that would interest fans of Japanese games. You can take a look at our summary of things from E3 Japanese fans should care about, but these here are just for us! Our personal hypest things!

Dragon Ball FighterZ is pretty mind-blowing. The developers of Guilty Gear are upgrading to the Unreal 4 engine (GG used Unreal 3) to improve upon their already incredible graphics and animation magic and make a Dragon Ball team-based fighter. Word from players who have gotten to go hands-on with it at E3, is that it plays just as well as it looks. It basically takes the best parts of Guilty Gear and Ultimate Marvel Vs Capcom 3 and adds the homing dash mechanics of Arcana Heart to create the quite possibly hypest fighting game of all time.

Considering the pedigree of Arc System Works, how insanely good the game looks, the brand power and nostalgia of Dragon Ball Z, how down everyone is on Street Fighter V, and how incredibly janky Marvel Vs Capcom: Infinite looks, it certainly seems likely that our new 2D fighting game overlord will have big shiny Dragon Balls.

Nintendo have always done a great job at getting exclusive JRPGs on their systems, and I don’t think that’s celebrated nearly enough. They’ve always helped to stoke the flames of some truly great JRPG series, whether it be titles very close to them like Fire Emblem or Pokémon; or further orbits in the likes of Xenoblade or Bravely Default. And those are just the tip if the iceberg It’s great to see that this doesn’t look set to change with the Nintendo Switch.

They’d already announced Xenoblade Chronicles 2 as coming to Switch this year, but we were also expecting some delays. The Xenoblade Chronicles games are significant undertakings to play — epic adventures on a massive scale. To make something like that must take an age. But it seems like they’ve been at it for a while, as not only did we get a lovely new trailer as part of the Nintendo Switch Direct, but also a chunky 40 minute look at the game in action in the Nintendo Treehouse. Being able to peep the game with our own eyes as it’s actually being played is the most exciting, and it looks really great.

So, yeah, I’m absolutely excited to see that series continue onto Switch, and to see Nintendo helping to carry onward some great JRPG series exclusives. My dream is for that to continue, and for them to find some way of bring legacy Nintendo JRPG exclusives forward. It’d be a crime for some of their greats to be forever locked to old consoles, especially the ones that end up getting rarer. I don’t just mean obvious choices, either, like Xenoblade Chronicles, Xenoblade Chronicles X, and Tokyo Mirage Sessions. I want to see GameCube titles move ahead in some form — Skies of Arcadia Legends, Baten Kaitos,

There’s a lot to be excited by this E3 but there’s only one thing that I didn’t expect which then blew me away, and that thing is Metroid Prime 4. I’ve been yearning for a sequel for years and the more time went on, the easier it was to believe that it simply wouldn’t happen. Nintendo came out with a slew of new announcements but it’s Metroid Prime that shocked people, that people didn’t expect. But it’s happening! A whole new Metroid Prime title is heading to Switch and I hope that the previous games somehow make their way to the system too.

It seems that Retro aren’t developing it and it’s being developed internally at Nintendo instead, but I trust in Nintendo to create the sequel that fans have been clamouring for for years. I can’t wait to see my favourite female bounty hunter back in action!

I still have a lot of mixed feelings about Fire Emblem Warriors, but the gameplay demonstration has given me a great deal of comfort. Even though it’s far from what I’d hoped from the title, seeing it in action it still looks like it’ll be really good fun! I’m very curious to see how some of the other character classes will play too!

I may not be super hyped just yet, but what we’ve seen of Fire Emblem Warriors is filled with potential. Given I’ve found the rest of E3 to be rather lacklustre, I’ll take what I can get! Now it’s a matter of whether or not I like the look of Warriors enough to cave and get a Switch… I (and my wallet) will be nervously awaiting further playable character announcements for that decision! 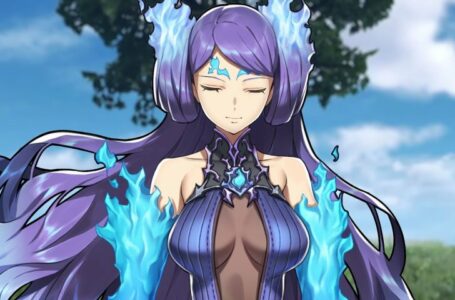