It’s always fun to talk about Shounen series. They’re what I grew up with, and I’m sure many other people have a similar anime origin story. However, for every great Shounen there is an equally fantastic Shoujo series that demands your attention.

When I was younger and watching series after series, back to back, I eventually came across some Shoujo anime that I couldn’t help but check out. As always, I abided by the ‘Rule of 3’ and every series I tried I would see all the way through to the end. So, here are 5 of my personal favourite Shoujo anime. 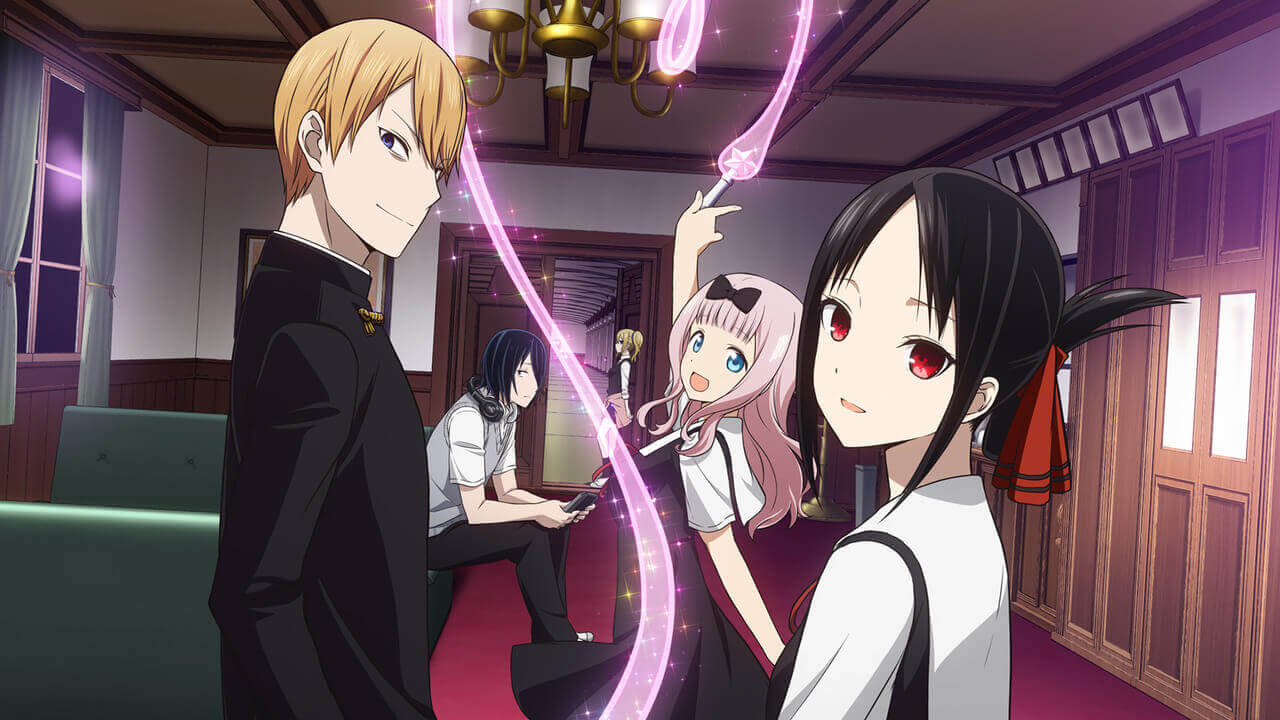 One of the more recent Shoujo series that I have come to love, when compared to the others on the list. Kaguya-Sama: Love is War! It’s a fantastic series focusing on the romantic battle between vice-president Kaguya Shinomiya, and class President Miyuki Shirogane.

The premise of the series is this: Both Kaguya and Shirogane are geniuses and well renowned students within their school, and they just so happen to be very attracted to one another. However, neither one of them can bring themselves to admit it and confess. So begins the long battle of trying to win a confession out of one another begins.

Filled with great characters and hilarious episodes, each presenting a new and entertaining game for the characters to play and try to one-up each other. The series also features Chika, who I’m sure you’re already familiar with, who is quite simply a bundle of joy and happiness who enriches every episode she’s in! 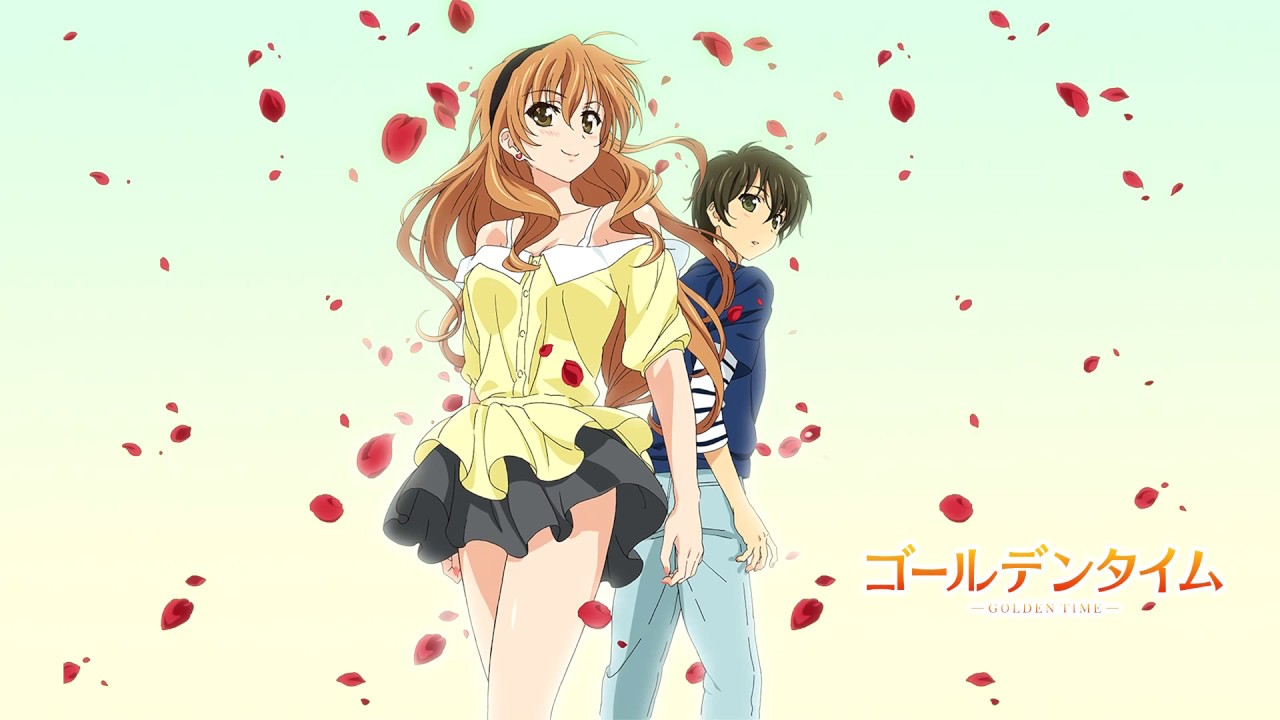 Written by the same author as Toradora, Golden Time is a story following Banri Tada, a newly admitted male student at a private law school in Tokyo. Due to the after-effects of a fall from a bridge shortly after his high school graduation, he lost all of his memories prior to the accident.

Our main lady is Kouko Kaga, a very loud and confident girl who commits her all to whatever, or whoever, she wants. Originally, Mitsuo Yanigisawa was the object of her affection as they were childhood friends. Throughout the series, Kouka really grows in delightful ways that not only make her a more enjoyable character to watch, but a more well-rounded person.

This series features a fair amount of tropes, but it doesn’t overdo it on them. It also features some nice character developments and scenes that will really make you feel good. I must admit that I wasn’t a fan of the outer body movements towards the end of the series, but overall it was a really enjoyable ride.

Kimi Ni Todoke/From Me To You 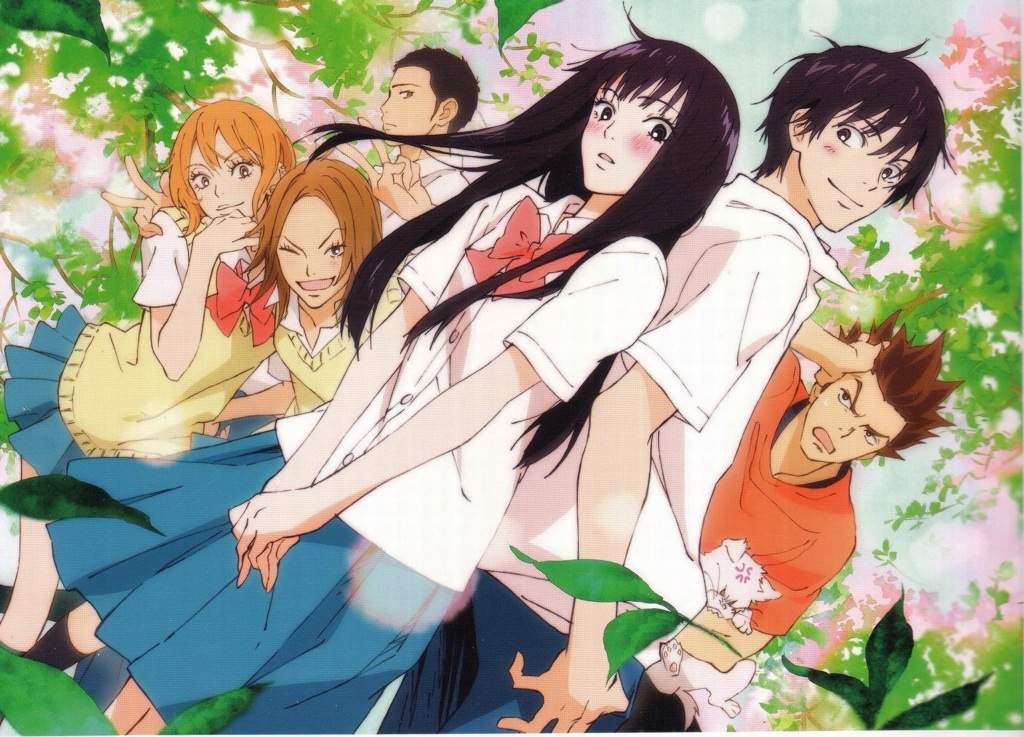 Known for her semblance to Sadako from The Ring, Sawako Kuronuma is given the nickname “Sadako” and misunderstood to be frightening and malicious like her fictional counterpart, despite having a timid and sweet nature. Longing to make friends and live a normal life, Sawako is naturally drawn to the cheerful and friendly Shouta Kazehaya, the most popular boy in her class. From their first meeting, Sawako has admired Kazehaya’s ability to be the center of attention and aspires to be like him.

The story revolves around a young and introverted girl who only wants to come out of her shell and make friends. On the other hand, the main male character, Shouta Kazehaya, is easy-going and confident. Through their meeting, they begin to help one another by developing as people. Sawako attributes their meeting to the reason behind her being able to make friends and have these new and wonderful experiences.

A very enjoyable aspect of this series is that the male character understands his own problems. He is incredibly committed to his own feelings, despite being a little oblivious at times, and he’s a genuinely lovely character. It’s a story about a lot of young characters’ first feelings of romance, and it’s a heart-warming one. 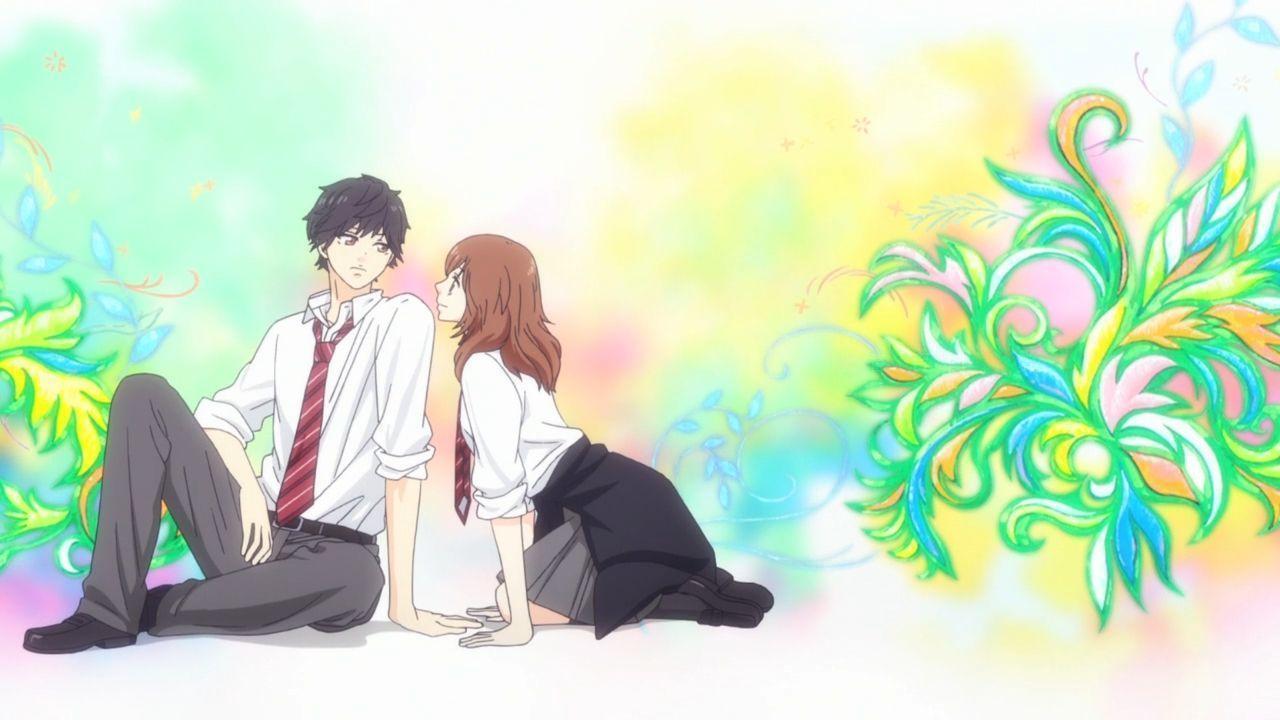 Futaba Yoshioka used to be an attractive and popular middle-schooler well liked by the opposite boys, but not so much by the girls. Nevertheless, she was able to brush all that off, because the only opinion that truly mattered to her was that of Kou Tanaka, a classmate with whom she shared a shelter from rain once. After succeeding at making plans to meet with the quiet and innocent boy at the summer festival, a simple misunderstanding, and Tanaka’s subsequent disappearance, left her walking the halls of her school friendless.

This is a series that will constantly leave you craving more. You will want to know what on earth happened to a character, like Kou, that made him become such a quiet and introverted person. This is definitely a series that’s filled with drama. Some episodes will end with you feeling happy that our two lovebirds have made some progress. Others will leave you mad with confusion at what you just witnessed.

Even though Ao Haru Ride is on the more dramatic side of things, it’s still a great Shoujo romance that will have you wanting more. The characters are certainly entertaining if nothing else and even if you don’t like them all that much at the beginning, they’ll definitely grow on you as you learn more about them. 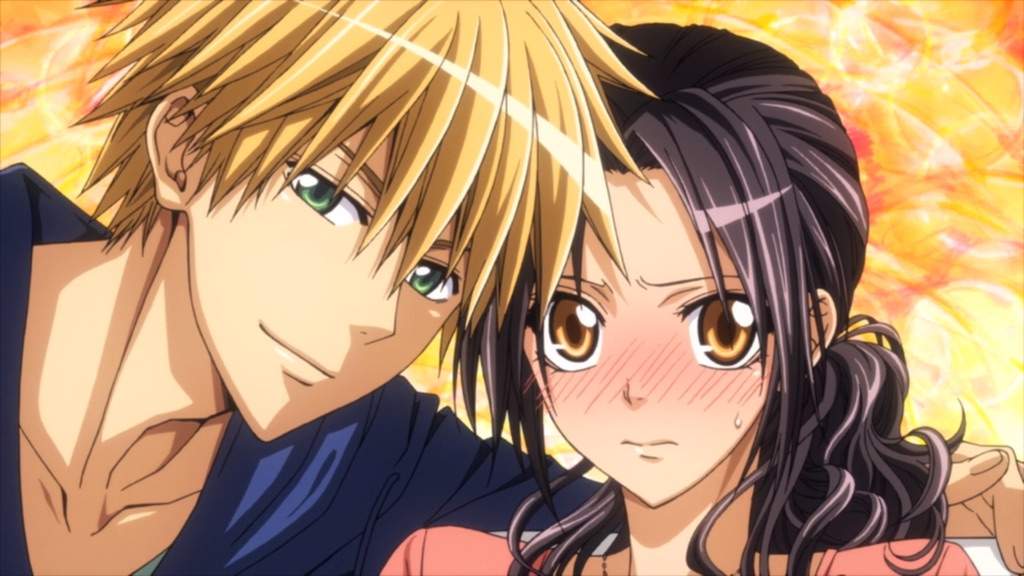 Being the first female student council president isn’t easy, especially when your school just transitioned from an all boys high school to a co-ed one. Aptly nicknamed “Demon President” by the boys for her strict disciplinary style, Misaki Ayuzawa is not afraid to use her mastery of Aikido techniques to cast judgment onto the hordes of misbehaving boys and defend the girls at Seika High School.

There is no list of favourite Shoujo anime out there that doesn’t include Maid-sama, and it’s for a damn good reason. This series is great! It takes some very fun, cool and unique approaches to the genre that feel like a breath of fresh air. Although attractive, Misaki is a very serious person who doesn’t care for anything but perfection, as a result she is feared by the boys of her school.

Even though Misaki maintains a strong exterior at school, everyone has their secrets, and hers is her part-job as a maid at a maid cafe. She manages to keep this part of her life well hidden, until Usui Takumi, the most popular boy in school, walks through the cafe’s front door.

Despite learning of Misaki’s most embarrassing secret, Takumi doesn’t reveal it to the school and instead becomes a regular visitor at the cafe whenever she is working. Just like Misaki, Takumi has secrets that he would rather keep hidden, so I think he understands her situation. However, that doesn’t stop him from using this little bit of power to help get closer to her! It’s a great series that is still held in high regards even now and the last episode is something special!

Let me know some of your favourite Shoujo series! As always, thanks for reading!