Level with me, readers. We’ve played games. We’ve played a lot of games. If you’re visiting Rice Digital, chances are you play a lot of Japanese games with creative character designs. But, have you ever felt that, you know, maybe, some outfits can barely be described as outfits? Join us as we look through some barely-there clothes.

When you think of outfits which are barely there, Ivy Valentine jumps to mind, especially her appearance in Soul Calibur IV. I get she uses a whip, but there’s more whip than there is cloth! Okay, that might not be true, but the most covered up part of her is her arm. You don’t need nude mods on Steam when outfits like this exist. That said, she’s properly good to play as.

Quiet almost got away with this because she has the stone-clad, solid, absolutely excusable reason for her lack of clothing — she breathes through her skin. Woah! I know! She wears tights and had to tear holes in them so that she didn’t just flat-out die. Quiet is one of the best-dressed characters for war because there’s no clothes to slow her down. If she’s running away, she has very little clothing that can be snagged on something to lead her to an untimely death. Shame both Quiet and her outfit are blander than a bowl of bran flakes, though.

Urien is constantly ready to be naked at a moment’s notice. Say the word, and he’ll be jiggling his manhood everywhere. He may be insanely ripped, but think of the poor fighters who have to fit their fingers through his rock solid abs to throw him around. What if his outfit is all for distraction purposes? I mean, I’d be scared if someone ran at me half-naked, especially when they’re built better than my Persona shrine. Urien leaves very little to the imagination, and you can basically outline his bulge.

Amazon is similar to Urien in that she wears the minimal clothing, with her headband and armoured shoes being the exception. The massive axe too, of course. Whilst I’m happy to admire her tattoo work, and her chiseled body features, Amazon isn’t particularly well-dressed for battle. That said, I can’t imagine much can slice through her well-toned body and you’re more likely to kill yourself when your blade bounces from her abs and back at you. Least you’ll die impressed, I suppose.

I love Rikku, but when most of your clothing consists of a scarf then you’re not wearing very much. Rikku is a treasure hunter too but imagine if Indiana Jones had a scarf this long rather than his hat? He never would’ve pulled it under that closing door in time. His scarf would’ve been lost to time, only heard about when he recited this story to his children. I love Rikku, but she’s more dressed for the beach than a world-spanning adventure.

Fiore isn’t only ready for dress-down Fridays, but she’s also cosplaying as a set of kitchen tiles. I get it. She has a lot of clothes. The others on this list don’t really, right? But look at her. I like her design. But look at her. She’s all hat and hair then, well, whatever the rest of that outfit is. If she put it on wrong then she could easily have an awful wardrobe malfunction!

The bravo bikini is an outfit that’s ready for little more than a day at the beach, and even then a strong gust of wind could probably leave you stark naked. The outfit doesn’t go down too well in-game either but, well, the guys like it. It’s called a bravo bikini, but those shoes and the skirt-like thing don’t really come across as bikini-like. At least the bravo bikini brought a lot of laughs with it!

They barely have any clothing in their normal outfits, but their DLC outfits strip them even further. Just look at that image. Look at it. It’s strawberries and bananas and very little else. I rest my case.

I know. I know. Nick is only wearing a tie, but the rest of him is swinging free. Maybe. He actually has no body, which almost makes him the most shocking entry on this list. It’s one thing to not wear clothes, but to not wear your own body parts? Phwoar! Nick is a bad boy.

These are just a few outfits which can barely be described as outfits. Can you think of any more? If so, let us know in the comments below! You might want to wait until you’re home from work or alone though, because generally these outfits are a bit risque. If they can be called that. I mean, they’re not really outfits, are they? 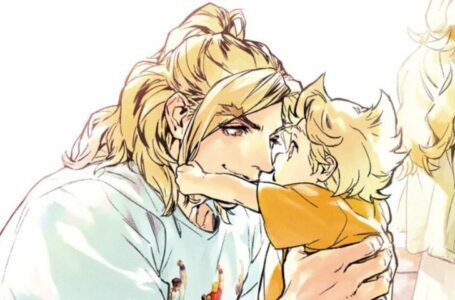