I’m always a big fan of passion projects in gaming coming to fruition, so when a friend of mine made me aware of Violet Wisteria earlier today, I knew I had to share it with all of you — because doubtless it will be of interest to many readers of Rice Digital.

Violet Wisteria is a loving homage to Telenet Japan’s Valis series, which you may recall we looked at the first and third installments of as part of the Evercade Renovation Collection 1 cartridge a while back. It’s the work of a Japan-based indie developer known as KaniPro Games, which is actually the passion project of Christopher Shimmin, a former YouTuber who was known in his videos as the Ultra Healthy Video Game Nerd.

While Shimmin is no longer actively making videos, his archives are well worth going through, as they highlight a wide variety of fascinating, little-known games up until the Dreamcast era, primarily focusing on Japanese titles. His passion for the video game medium — particularly the 8-, 16- and 32-bit eras — is obvious, and as such he’s exactly the sort of person you want making video games. So that’s precisely what he’s done. Here’s an introduction to it.

Violet Wisteria being an homage to Valis should be immediately obvious, but there are a few factors that distinguish it from being a simple clone — chief among which is its colour-coded attack system inspired by some of Shimmin’s favourite games: Ikaruga, Silhouette Mirage and Super Magnetic Neo.

By combining a direction on the D-pad with an attack button, you’re able to attack using blue, white or red slashes, and each of these is specifically designed to fend off a particular type of enemy. Blue defeats white enemies, white defeats red enemies, red defeats blue.

That’s not all, though, as hitting an enemy with a slash that is the same colour as them allows you to bounce off them. Hitting on a horizontal plane sends you flying backwards, allowing you to clear large gaps, while hitting from above allows you to bounce on top of them and jump much higher than normal. Doubtless there will be some challenging traversal puzzles along the way that make use of these mechanics.

Shimmin is keen to create an authentic retro-style experience with Violet Wisteria that goes beyond simple use of pixel art. To that end, the game’s been designed to be a “single sitting” experience without a save system. This is a bold move in 2022 — a lot of retro enthusiasts rely on save states in classic games today — but it’s clear that the intention is to create an experience that channels that old-school console game energy, where if you weren’t good enough at the game — or committed enough to seeing it through — you weren’t going to see the ending!

To further enhance this, Shimmin has made the deliberate decision to feature a meaningful score, lives and continue system in Violet Wisteria, meaning you can get a hard Game Over if you fail too many times. While this may be unthinkable to gamers who grew up with heavily checkpointed, auto-saving, infinite continue-based games of more recent years, Shimmin’s justification for this is that the entire game is designed with these deliberate limitations in mind rather than just being something that harshly penalises failure.

Shimmin feels strongly that retro-style games have great potential to tell stories not just through cutscenes similar to those seen in games like the classic Valis titles, Ninja Gaiden and the like, but also through their art, music and stage design. To that end, he hopes that Violet Wisteria will feel like the player is going on a narrative journey during gameplay as well as in the cutscenes that punctuate the levels — this is, after all, something that Valis tried to do more and more as the series progressed, and this game certainly wears its inspiration proudly.

Shimmin has been working on Violet Wisteria for the last year and a half, and is taking aim for, at the very least, a Steam release early next year. He’s looking for a publisher right now and hopes that a fruitful relationship will also lead to console releases for Violet Wisteria; the game is made using Game Maker, so porting to other platforms such as PlayStation and Switch should be relatively straightforward using that tool’s export functionality. 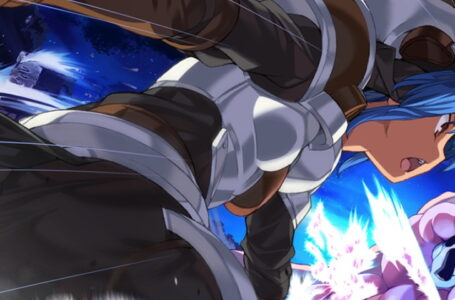