It’s a wonderful time to love visual novels, especially when Sekai Project’s early 2014 localisation efforts are drawing near their final stages now. fault -milestone one- is one such project that released this past week on Steam, after its successful Kickstarter in July. It follows Selphine and Ritona, two girls flung from their mana-rich homeland to a barren town of a land far, far away.

The 60 years of peace in Rughzenhaide is about to come to an end when it’s invaded by an unknown troop. In an attempt to save the royal lineage, royal guard Ritona entrusts herself and Princess Selphine to an experimental magic that ends up sending them far from home. What they come across is not the scenery of the surrounding lands they expect, but the reality of the Outer-Pole, a region deprived of mana and magic users. While they struggle to regain their senses and fight off the effects of mana deficiency, they meet Rune and involve themselves in a family mystery that runs deep into the town’s history. What fault establishes in the opening isn’t exactly what you can expect from the rest of the game, which comes as something of an unusual welcome direction. Instead of focusing on the fantasy aspect that seems so obviously the core of the series, it delves into the scientific side of magic, crafting a story about how technological processes have been furthered by this barely-understood existence of mana. It changes expectations from a story possibly about an empire and its battles to something smaller and more community-minded. There’s always a careful balance of the magical side of manakravte (constantly shown by Selphine and Ritona) with how the rest of the world works (shown in focus when the story turns to Rune’s mystery). It’s something that can take you by surprise, but works out as quite a strong introduction to the series.

Of course, the fault world is heavy with terminology and explanations (so much that it has an encyclopedia) and can be a story that you need to read twice to fully understand. The main mystery offers a few hints and connections throughout the story which can be discovered on another playthrough, though isn’t hard to follow the first time. What can be difficult is seeing the game’s intention with the direction it takes and why the story cuts off where it does. Being essentially a kinetic novel means that there’s a clear direction the game is taking and it’s interesting to think about why exactly the story focuses on a foreign town and a family problem. It kind of feels like there’s a running theme where fault starts off as one thing but opens up into something else; now we just have to see where the rest of the series will go. Here’s the paragraph where I gush about fault‘s soundtrack, only to find that their in-house musician wasn’t responsible for most of the music. The music behind fault is still amazingly good and well-chosen though, from lively pub music track “Eivils Tavern” to the nicely tense battle track “Panic Theory”. The in-house musician Perlks is credited for making “Modus Operandi”, and by how it sounds, I’m optimistic for the game’s original soundtrack in -milestone two-.

Let’s not go into things we already know; fault‘s visuals are great. More importantly, sprites are directed to move and change expression, which I can’t believe I have to say is something not too many doujin/indie games pay attention to. It looks and feels like a professional game. Action scenes are animated with transition effects. CGs are wonderfully framed. Colourful. Yet again, it can only make me look forward to the next game. fault -milestone one- is perhaps not the exact game you expect it to be when you look at it. It starts as clear Fantasy and works into a Science Fantasy plot that seemingly spends more time looking at side characters than the lead two. But on a second reading, it’s clear that the game has a lot of love for its genre and is carefully setting up an introduction to the world and characters before things get dangerous. With stellar art, music and direction, fault is definitely the kind of visual novel you want to get into if you’re hungry for a series.

fault -milestone one- (Director’s Cut) is available for Windows, Mac and Linux on Steam for $14.99 / £10.99. You can also order a DRM-free version directly from Sekai Project. 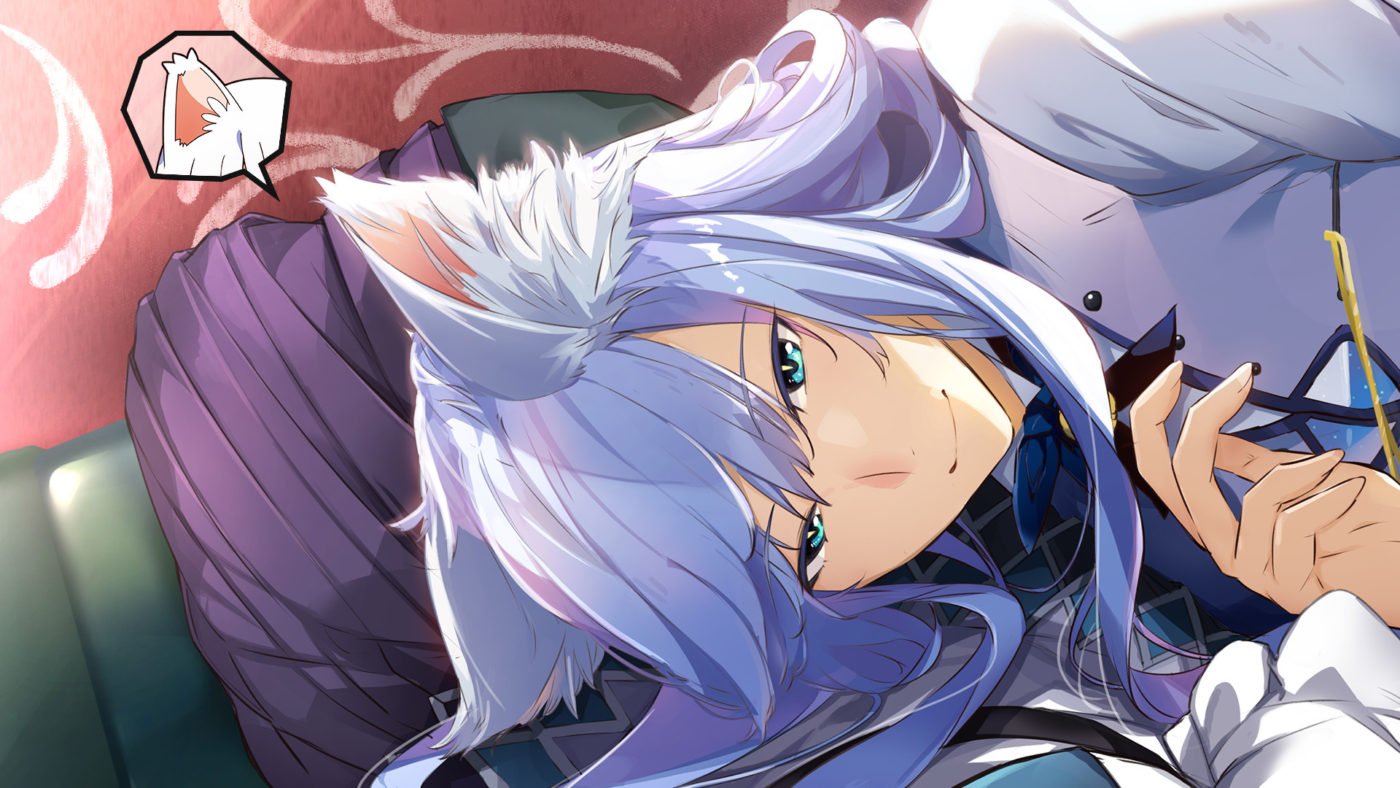