Once again another blessed Waifu Wednesday has dawned upon me, and today I will be continuing my preaching of everything Xenoblade Chronicles.

Pyra and Mythra are the main ladies of Xenoblade Chronicles 2’s story, and they are the topic of today’s Waifu Wednesday. Without any further delay, let’s get straight into why we love them — and why you’ll also love them!

Who are Pyra and Mythra?

Atop the World Tree, there is said to exist a legendary land known as Elysium that is flourishing with life; a land which offers a permanent sanctuary for all living beings.

After climbing up the World Tree and stealing two unique-looking Core Crystals, the man known as Amalthus awakens one of these legendary blades: Malos awakens and begins his reign of destruction.

The legendary hero Addam awakens the remaining core crystal and Mythra takes form. Together, they begin their journey to stop Malos and his rampant carnage.

Mythra is one of the most powerful blades on all of Alrest; with her mastery over light and ability to control the artifice known as Siren, she is a tremendously powerful being — so powerful that even Addam cannot hide his growing fears of her full power. And so after her battle with Malos comes to an end, Mythra creates another personality within herself named Pyra and enters a 500-year long slumber before being reawakened by Rex, the true Driver of the Aegis.

While they are the same person, Pyra and Mythra differ from one another in numerous ways. Pyra is much more tolerant, laid-back, and has a warmer (sorry) personality than her blonde counterpart. During the earlier stages, Mythra is somewhat irritable and plays something of a tsundere role when it comes to her interactions with Rex. As the story progresses, the relationship between Rex, Pyra and Mythra grows and develops in wonderful ways.

Why we love them

I’m a sucker for strong female characters, so the fact that Pyra and Mythra are the most powerful Blades in the story of Xenoblade 2 is an instantly appealing aspect — if you are a fellow lover of strong women, they are plentiful in the world of Alrest!

I mentioned previously that the relationships between Rex, Pyra, and Mythra develop a lot throughout the game and this is without a doubt one of my favorite parts of the story. Pyra hits the ground running when it comes to being crowned “Best Girl”. Her interactions with Rex are so heartwarming and the amount she cares about him satisfies every romance-loving bone in my body.

As for Mythra, despite what I said about her initially cold demeanour, she has a lot going for her, even before she starts to let her walls down around Rex. The best example is her waking up cuddling next to Rex thanks to her sleepwalking habit; her reactions alone show us just how much she really cares.

Why you’ll love them

The designs of Pyra and Mythra alone are already reason enough for someone as cultured as myself to want to give the game a try, and I know all of you reading this are definitely men and women of culture, so you’ll love these girls as much as I do.

At its core, this is a story of “boy meets girl”, and it’s a genuinely wonderful one. This time though, it’s the girl who is the wielder of all the power — so much so that it terrifies her to the point where maybe she believes the world would be better off without her. Moments such as Rex’s full acceptance of Pyra and Mythra’s power, and his willingness to live entirely for them, create such a satisfying feeling as a player that it’s hard to put it into words.

If you play the game, these girls will definitely make you fall in love with them over and over. Pyra compliments Mythra and vice versa, and the relationship between the two of them being somewhat akin to sisters is another wonderful element to their characters.

Need to be sold on Xenoblade Chronicles 2 some more? Here you go! 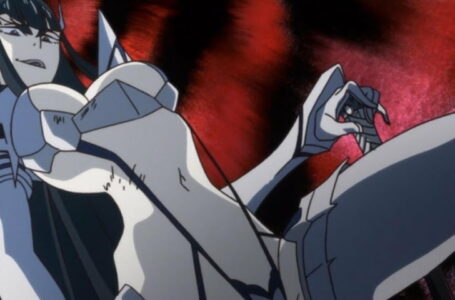