With PlayStation Experience a little under an hour away (6pm GMT), we’re going to be updating this post with all the news as it happens! With plenty of rumours floating around such as Devil May Cry 5 and Marvel Vs Capcom 4 announcements, there’s plenty of reason to tune in tonight!

The first thing up is the highly-anticipated release of Uncharted 4’s DLC, known as the Lost Legacy, which will bring back fan-favourite Chloe Frazier along with Nadine Ross – it could be a sequel or prequel, but consider me excited! Uncharted 4 is undeniably one of the most powerful games of 2016, and I’m sure this DLC will be a perfect follow-up.

Crash Bandicoot Remastered gameplay has been revealed and they’re full remakes of the first 3 games – yup, they look glorious! Those who don’t like his Skylanders style will be pleased to know he looks more like the original here.


The final update to the Resident Evil 7 demo has gone live and you can play it on PS4, PS4 Pro and on VR, and a new trailer has been revealed that’s suitably spooky! It shows off more story details, has a chilling tune and really does look great – I might’ve been a bit apprehensive before, but that trailer was really good. Resident Evil 7 is followed by Ace Combat 7 which will be playable on PS4 and PlayStation VR!

Akuma is the first DLC character to be arriving in Street Fighter V’s season season of DLC, and he looks to play very familiar to how he did in IV if not a bit faster! His hair is down and flowing beautifully but not as beautiful as PaRappa the Rapper, Locoroco and Patapon all being remastered for PS4 – you can play a demo for PaRappa the Rapper now!


Knack is getting a sequel. Nobody is sure how it happened and I never thought the first game was actually that bad, but I’m still surprised it’s getting a sequel. Gravity Rush 2’s new trailer follows after it and looks wonderful as expected – you can get your hands on it next month along. Free DLC focusing on Raven in March, and yes you can play as her!

A new trailer for Ni no Kuni II is playing, showing off its new cast and story details, and it’s due out next year on PS4 along with Yakuza Kiwami and Yakuza 6 – new trailers have been released. Danganronpa V3’s first English trailer has been revealed, and if that doesn’t float your boat then NieR Automata is coming out on the 7th March in the West on PS4, and Ys: Origins is coming to PS4 and Vita! Pyre, from the developers of Transistor and Bastion, will be making its way to PS4 too. Grasshopper Manufacturer’s Let it Die has a new trailer and it’s looking really good – it definitely looks like a Grasshopper game visually! Not much was shown bar story content, though. Lara Croft GO is heading to PS4 and Vita too. Windjammers, an extreme frisbee game, is coming to PS4 and Vita soon and it looks hilarious! Dark Souls-esque game Ni-Oh shows off its action-packed gameplay ahead of its release early next year.

And to top it all off – The Last of Us 2! It features an older Ellie playing and singing the guitar, and Joel coming in to watch. It’s officially called The Last of Us: Part 2, and it seems that Ellie is bloodthirsty. It’ll be releasing in 2018 on PS4.

And that’s it! It was a truly fantastic conference with plenty of Japanese and Western announcements, trailers and more, and there’s plenty to look forward to in 2017 – you can bet on us to continue coverage of many of these titles, of course!

Latest posts by Mitch Jay (see all)
Spread the love! 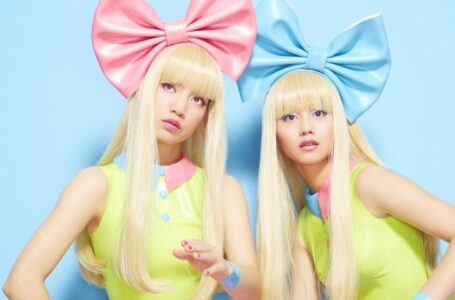