While Breath of the Wild is fantastic, and is gorgeously stylised (all of which we mentioned in our review), some of the game’s detractors aren’t entirely wrong. While it has been patched, the latest Zelda does suffer from some frame rate dips, and can only reach 900p max (officially) in the Switch’s docked version.

Thankfully the modding and emulating scene is very hot these days, especially when it comes to Nintendo. The Dolphin emulator for GameCube and Wii games allows players to reach new graphical heights on some of Nintendo’s flawlessly designed gems many years after release. So too has Wii U emulation accelerated in recent months, with Breath of the Wild’s Wii U version running near perfectly on high end PCs thanks to CEMU. But what if modders took a look at it from another perspective? That’s what some in the scene who have worked on putting together Dolphin and CEMU thought, creating this impressive Wii U Breath of the Wild mod…

Now, using the techniques and hardware manipulation created through development of the Dolphin and CEMU emulators, fans have found a way to unlock the full potential of already existing hardware. And it doesn’t even require any physical changes to the system. It’s called the GamePolyhedron (a pun of GameCube, the method’s creators told me) and it’s a way to unshackle the limitations of the GameCube. So far modders have gotten the Wii U version of Breath of the Wild running on it, and it ups the game to a dirty 1080p instantly.

The quirk that allows modders to do this is specific to the Spice Orange version of the GameCube. All you need to do is hook up a GameCube memory card with 100% complete saves of Star Fox Adventures, Super Mario Sunshine, and Eggo Mania to a PC. From there, you’ll just need to download a custom save from GamePolyhedron’s official website that contains some custom script in Floral Poi (Nintendo’s custom coding engine for GameCube), pop it onto the memory card, and you’re good to go.

With the memory card inserted all you need to do is cut up your The Legend of Zelda Breath of the Wild Wii U disc so it fits into the GameCube. Booting the game will activate the custom save data, and after a brief install screen (over which an midi EDM remix of the Water Temple music plays), the game will begin. Not only are the visual enhancements noticeable right away (especially if you’ve played the game on other formats), but this also means you’ll be able to play Breath of the Wild with the GameCube controller, which has been scientifically proven to be the best controller ever designed. 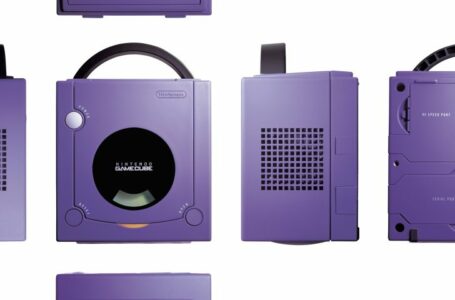