Winne The Pooh Robots then. Let’s get one thing straight. I hate Winnie the Pooh and his friends ALMOST as much as I hate Mickey Mouse. They were always so bloody SAD about everything all the time – even when they were supposed to be happy. They were all just one honey pot or lost balloon away from a pathetic, collective sigh.

For godssake – cheer up. You don’t DO anything other than lounge around all day talking shit about how one of your socks doesn’t match, or some other world-shattering calamity.

The rest of us have jobs to go to, exams to pass, orthopedic shoes to polish. Gets some perspective.

Mercifully, one Carlos Dattoli has made EVERYTHING better by turning this miserable bunch of freaks – into awesome, neighbourhood-stomping mega robots! Winne The Pooh Robots!

Let’s check them out shall we? Lets check out these giant Winne The Pooh Robots! Here he is, the ‘main man’ himself. The Pooh, El Pooehrino! The Poohalizer! Short, fat, round – his low center of gravity is useful for running from THE LAW as he snatches tiny children from their beds! Fear him! Pooh’s best friend Piglett. He’s the kind of friend who would let you borrow his English homework at lunchtime so you could copy the shit out of it and not get into trouble with Miss Powell again like you have the last three weeks in a row.

However, he’s not the friend you want around when you’re going to the park to drink cider and make out with the girls in your neighbourhood, because he will TOTALLY tell his mum, and then you would TOTALLY get busted and your Mega Drive would get consfiscated so you couldn’t play Shining Force for THREE WEEKS.

Thankfully he is MUCH more useful as a giant robot – say, for smashing his way into the Working Men’s Club down the road to steal cigarettes so you and your friends can look more dangerous when hanging around street corners. Thanks Piglett. This is Rabbit. I honestly have no idea what to say bout this guy because, as you probably guessed, I have ZERO interest in the world of Winnie The Pooh. However, I am reliably informed by my work colleagues (who are wondering why the hell I’m doing this rather than my actual day job) that Rabbit is a ‘bit grumpy’.

Well of course he is. Still, those Rabbitey robo-curves ARE kind of hot. ALMOST SEXUALLY SO. Yes, he’s a man robot – BUT THAT HASN’T STOPPED ME BEFORE. It always fascinated me how Christopher Robin never went out of his way to help Tigger. He clearly suffers from ADHD-style problems. Maybe dyspraxic? Possibly autistic – all perfectly manageable with the correct support framework and friends around him.

Christopher Robin is always portrayed as this great kid, this lovely little boy – but all of his friends are completely dysfunctional, and at no point does he seek professional help for any of them. Maybe tell a teacher or a trusted adult? Tigger would clearly benefit from freely available prescription medication and firm boundaries.

This laissez-faire attitude to his friend’s mental well-being is probably because he comes from a background of privilage and, frankly, doesn’t really give a shit about anyone other than himself.

Here he is look. Here he is with all of his so-called ‘friends’. 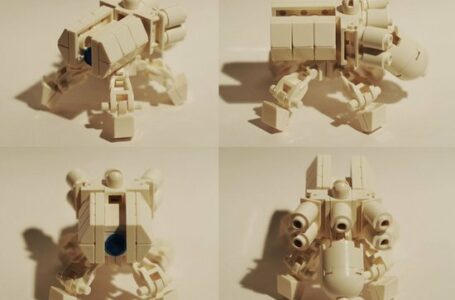