Yoko Taro would like to collaborate with Mediatonic to produce Nier Automata costumes for Fall Guys Ultimate Knockout.

The NieR Automata director recently live-streamed the colourful, ultra-popular party game on Youtube, as part of a birthday celebration for producer Yosuke Saito.

Mediatonic’s Ed Fear showed up part way through and started tweeting a running commentary. He noted that “Yoko Taro is terrible” and “Saito-P has obviously played quite a lot”.

Much to Ed’s excitement, the pair then mentioned that they’d like to do a collaboration with Fall Guys, to get NieR skins into the game. Judging by the interest on both sides, it looks like this could swiftly become a reality.

Square Enix may have to get in line, however. Right now everyone wants to capitalise on the Fall Guys hype, and it seems the game will shortly be filled with costumes from all kinds of third parties.

Last week, the official Fall Guys Twitter account announced a bidding war, where the company that offered to pay the most to charity would have their design featured in the game. The top bid is currently several hundred thousand dollars. 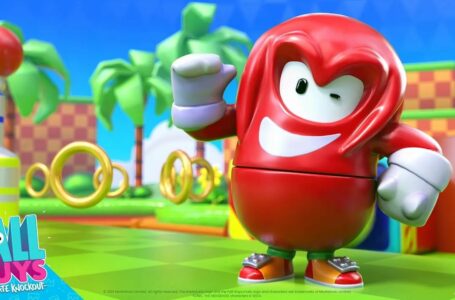