Zero Time Dilemma is the third and final game in the Zero Escape series and it doesn’t take a time traveller to tell you that I’ll be returning to this in the future.

I won’t spoil but anyone who wants to go into this game completely blind should return to this review after finishing the game, as I do talk about my praises and disappointments with aspects of the story. I only got into the series very recently and managed to storm the entire series within a couple of weeks, ending with Zero Time Dilemma. With everything fresh in my mind, I feel that Zero Time Dilemma has some perfect shock moments that tie in flawlessly to the previous games and equally heartbreaking moments where your forced to make decisions that seemingly have no positive outcome. I’m satisfied with how much of the game plays out and it’s a fitting end to the excellent trilogy, and it’s ultimately been worth the wait.

I initially had thoughts that weren’t in the games favour when I originally finished the game but I warmed to it and I can say I’m happy with the ending. The only story element that I’m still left a bit mixed on is the reveal of Zero and whilst I will not go into details, I think there are several points that have to be stretched a tad too far for them to be possible to swallow. Kotaro Uchikoshi does his best to make it all make sense and fit together like a puzzle, but there are some questions left unanswered or are brushed over a little too easily. Overall I’m pleased with it and it’s given me much to discuss with other fans about which is a success in and of itself and whilst I’ve come to better understand the role of Zero, I’m not entirely sure I’ll ever be very happy with it. It doesn’t take a time traveller to tell you that I’ll be returning to this in the future.

It’s nice to see returning characters such as Junpei, Akane, Sigma and Phi and new additions to the cast such as Carlos, Diana and Q who were hugely likeable – and of course little Gab! Eric and Mira definitely fulfil the series’ criteria for having someone to strongly dislike on the team, although I like how they contribute to the overall story and character relationships. Carlos and Q steal the show where new characters are concerned, and I particularly love the chemistry between Carlos, Junpei and Akane who form Team C. Team D consists of Sigma, Phi and Diana, with Q, Eric and Mira forming Team Q. The three teams have to work together – or against each other – in the hopes that they can escape where they’re being held.

As is standard with the Zero Escape series, you spend much of your time solving puzzles across different rooms to find an escape, many of which culminate in a moral decision that can either mean life or death for certain characters. The puzzles here were definitely easier than in Virtue’s Last Reward but they’re still creative and can be rather challenging, and I don’t really have an issue with them. However, some of the phrases and numbers you need to jot down (the memo feature on Vita is useless) means I advise that you have a pen and paper handy and write down anything that jumps out at you so you don’t need to replay segments – having played it and gotten the Platinum trophy, I’m still not entirely sure how some of these things came to be. Fortunately, jumping around from fragment to fragment is painless and quick, and you can skip text you’ve seen before.

The visual novel element has been almost rid of entirely in favour of cutscenes and whilst this may upset some people, I didn’t feel as if it took away from the game. Seeing the characters in motion was nice, and I quickly became fond of the visuals and new art style. It’s the bloodiest Zero Escape game although there’s no visceral gore with most things happening off-screen and accompanied by voices, and a few things made me shy away from the screen. Although I like the art style, Zero Time Dilemma does suffer from some extremely stiff animations with the running animation in particular looking very odd. Zero Time Dilemma is a fantastic game and it’s shocking to think that we almost never got a conclusion to the series.

Unlike Virtue’s Last Reward who’s English Dub never made it to Europe, Zero Time Dilemma can be played in both English and Japanese. I chose English which features the excellent D.C Douglas (you may know him as Albert Wesker from Resident Evil) as Zero, whilst a fair few number of the cast has Zero Time Dilemma as their first foray into video games voice-acting – many of the voice talent hail from kid’s show Monster High, if there are any fans reading this! Some of the voice-acting can sometimes sound awkward or unnatural, but overall they’ve done a good job in bringing the characters to life – Q in particular sounds exactly like a child could do, and other performances are just as brilliant. The soundtrack is spectacular, as all the soundtracks for Zero Escape have been, and I’m eager to listen to it some more.

Zero Time Dilemma is a fantastic game and it’s shocking to think that we almost never got a conclusion to the series, especially as it’s one I would recommend to anybody who wants a story and character driven game. Zero Time Dilemma will keep you guessing with its masterful twists and turns, and although some are handled better than others, it’s hard to deny that they’re not all fitting to the overall story being told. If you’re a fan of the series then chances are you’ve already purchased the game but, on the off-chance you haven’t, then I recommend that you do as soon as you can! I’ve had Zero Time Dilemma on my time since completing it, and I look forward to going through the series again sometime when the 999 port is complete. 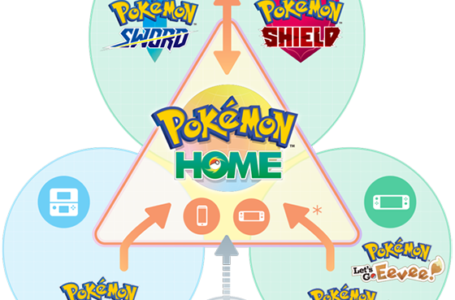