It’s a rather pompous title isn’t it? Harvest Moon 3d: A New Beginning. It’s grand. Striking. Bold. I bet the marketing bods loved it. Mind you, and I’m not trying to sound like a pompous gentleman when I say this, it almost is ‘a new beginning’ for Harvest Moon.

You can raise Alpaca.

Ok ok ok, I also don’t mean to sound ridiculously sarcastic because there genuinely is a lot to respect in Harvest Moon 3D: A New Beginning, because this is a game that brings a lot of welcome adjustments to an ageing formula.

The story starts very similarly to previous games. You, a fresh faced youngster with a curious penchant for hardwork, inherit an old run down farm in the arse end of nowhere and then proceed to turn its fortunes around to the satisfaction and profit of the nearby town.

This town is remarkably less developed than usual Harvest Moon hovels mind, with only three residents left when you arrive. Not only does the game include a tediously long tutorial, but this sparse spread of residents also gives the opening period of the game a hugely pedestrian pace , and it’s not rare to be hopping into bed as early as 2am to speed things along to the next day.

After about seven to ten days (the game doesn’t run in real time, Animal Crossing fans, you advance time in Harvest Moon simply by taking a kip) the game feels more involved. After this time there’s enough in the way of animals and crops that your stamina becomes a concern, and new features will appear in the fields alongside additional faces turfing up in town.

It’s a somewhat humdrum introduction and while this could be a negative point for some, I enjoyed the slow, near peaceful burn of the wick. Past Harvest Moon games have often been fairly front loaded, putting a lot of hard work in their opening hours with all the cleaning, early growing, and social integrating, meaning that they’ve been daunting games to start regardless of the peaceful visuals. A New Beginning is somewhat more lax, easing you into farm life with all the urgency of a dozy turtle. The way your town grows around you over time also makes you feel more involved, and less like you’re just integrating yourself into an existing community. In Harvest Moon 3D: A New Beginning your efforts are essentially the fertiliser for the town’s growth, and experiencing the expansion of Echo Village around you is a fascinating and involving proposition.

Talking about involving, A New Beginning lets you dabble in some remodelling as well. Past ‘Moons have included fixed upgrades and furnishings, but A New Beginning includes the ability to straight up move barns, fences, and planting soil, as well as create paths and fully customise your village. This only serves to enhance the feeling that you’re sculpting and growing the village, and not simply moving into an established hovel. Every new face, shop and ‘thing’ that appears feels like a triumph of your continued effort, and that feels good.

This lends the game a more involving air, yet much of the adventure is typical Harvest Moon. Watering seeds, brushing Animals, gathering crops and selling goods, everything you expect from a Harvest Moon experience is here. Plus Alpaca. However A New Beginning never lets these duties bog you down or stand in the way of just enjoying town life. There’s no fuss to washing your animals, no pointless touch screen faff, the game’s systems are as simple as can be so that you can fully indulge in the more interesting side of proceedings, customisation and uncovering secrets, as much as possible.

In these ways Harvest Moon: A New Beginning feels more akin to Animal Crossing than ever before, but it does so in a manner that doesn’t compromise the hard working Harvest Moon spirit, or infer too many cross references. Besides, does Animal Crossing let you raise a super cute Llama farm? And then enter said Llamas into competitions, so that you can then sell their wool for a premium, because they’re your super prize winning super Llamas? Nope.

And that’s where Harvest Moon has always shone, and where A New Beginning goes super nova. These are always games that have celebrated the individual’s journey and penchant for discovery, leaving it up to you to advance the game how you see fit, and framing personal progress with often bare-bones narratives and important calendar events. A New Beginning manages – after its admittedly turgid opening – to enhance this in meaningful ways that makes this more ‘your’ Harvest Moon than ever before.

Obviously A New Beginning still includes the usual finance making choices – the crops, the animals, the fishing (there are fishing traps now, too) – but the extra layer of creativity and personal craftsmanship given to you just makes it feels super satisfying to walk around your farm, village, and woods, and seeing all your hard work and personal touches enhancing the lives of the digital residents.

So I said that this game is almost a new beginning, well I suppose it’s best summed up as ‘a new angle’. A personal angle. An angle that promotes creativity, and pushes personal play to the fore. When you think about it, past Harvest Moon’s have focused more largely on the mere success of your farm and the slow box ticking of activities, alongside a spot of minor plot progression and dating. When plot has been a big focus, it’s sometimes felt at odds with the farming. Unless we’re talking about A Wonderful Life of course, but I digress.

Harvest Moon: A New Beginning manages to retain the feel of Harvest Moon, yet give you much more freedom and control than any ‘Moon title before it. After 20/30/40 hours, A New Beginning is more ‘your’ Harvest Moon than any Harvest Moon ever has been before, and even though in saying this I wound up sounding like that pompous gentleman I so wanted to avoid, I have no regrets. It’s all that, and you can raise Alpaca. Splendid.

Dalagonash
Full-time drinker of caffeinated beverages and part-time chomper of biscuits, I'm a gamer that believes the Japanese games industry gets a lot more right than they're given credit for. I find that games from the east hold my attention with more authority than those from western shores so I'm here to share my love with anyone who shall listen, in the hope that doing so might release me from Dark Souls' unrelenting grip. I'm also the curator of www.Nintendo-Nation.net, because Zelda. 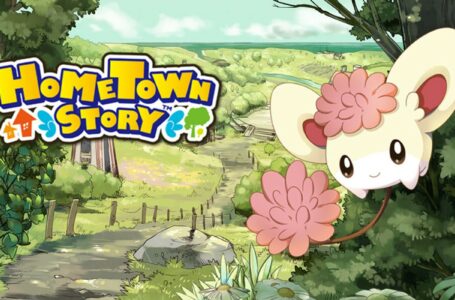