In the current climate, it may be hard for many of us to be able to relax. Here we will be highlighting a few video games on the lighter side that are potentially new to you, or if you’re here for just a quick glance, we hope that this proves to be a relaxing read. Well-known contenders for such a list have been omitted, such as the terrific GRIS, Celeste and Journey to make room for more obscure games to relax to many may have missed out on. So kick back, grab a coffee, and put your mind at ease for a bit.

For those who enjoy the creative and narrative storytelling of VA-11 Hall-A comes a similar entry that’ll have you feeling right at home. But this time not as a bartender in the “Valhalla” bar, but as the server in a small coffee shop. As you could probably guess from such a more laid-back and tranquil setting, Coffee Talk takes a sweet approach to its storytelling, encouraging the player to lend an ear to its characters to help them through their struggles.

Each of your customers are experiencing very real and extremely relatable problems, and more often than not, this is best exemplified with its cast of non-human characters. For example, Baileys is an elf who is feeling pressured by his family to give up on his dream job of being a designer to instead be like the other elves, with jobs consisting of doctors and lawyers. Players will further learn of even more troubles between their human customers, such as with Hendry, father to solo idol singer Rachel, struggling to communicate and bond with her despite loving her and sharing a mutual fondness for music.

Coffee Talk is set in a fantastical Seattle, and has an amazingly unique style. With attractive 90’s anime inspired visuals, and classic pixel art often seen in other indie hit titles such as the similarly deep yet relaxing experience of Stardew Valley, Coffee Talk not only has substance, but also has style. For an experience both delightful and emotional, a simple talk over coffee makes you really think about what makes us human. In a world where many feel lonely, Coffee Talk provides a gentle nudge to remind us that we’re not all that different to one another, nor are we ever truly alone.

Coffee Talk is available on PS4, Switch and Steam.

Critically acclaimed typing games such as the too scary for this list Typing of the Dead, released in 1999, has paved a path for other typing video games to find its spot as a fantastic genre of gaming. Despite its niche appeal, understandable as its novelty relies on keyboard typing often used for educational learning, video games such as Epistory proves how effective and enjoyable such a gimmicky way of gaming can be. With breathtakingly gorgeous art that effortlessly emerges the player into its fantastical origami world, Epistory revels in its ability to unfold and alter its landscapes like an interactive storybook while the player fights for the land’s once vibrant and natural world. With each successfully typed word defeating the insect abominations distorting and killing the world’s nature and beauty, the game’s only way to fight as quick typing has never felt so epic and rewarding until now.

With not only a unique appearance, Epistory has an atmospheric and gorgeous original soundtrack as well. With adaptive difficulty to suit every players’ skills in typing swiftness makes the game even more welcoming and engrossing for every player, and mechanics that involves just a keyboard to explore the world, solve puzzles, and battle the enemy, Epistory packs a massive punch with such a simplistic idea turned incredible by execution. Alongside imaginative storytelling that unfolds right before your eyes with vivid and vibrant movement and transition, each mystery of this unforgettable world is revealed through each level. Epistory manages to be both relaxing and grand.

It cannot be undermined how well Animal Crossing: New Horizons has performed since its launch, as well as how important it has been for many players who have and are currently self-isolating. To add to any gamers’ list who enjoys such simulator games, instead of recommending the usual Stardew Valley, World’s Dawn is a lovely little package, lovingly made with the RPG Maker for Steam for a small price. World’s Dawn, having released 4 years ago, will not be bringing anything new to the table as another farming simulator, but as a very sweet and just as engrossing story with its own mysteries to discover, and possibly one of the most vibrant and enthralling cast of characters in a simulator game. It is almost like a marriage between Harvest Moon (inspiration for the game’s creation) as its gameplay mechanics, and Stardew Valley with its little secrets players have to find and solve to make sense of.

Players can expect plenty of locations to explore, events to mark on their in-game calenders (Townsfolk Trivia and Misty Music Festivals are such fun), and our favourite aspect, marriage candidates. There’s 8 candidates in total, 4 male (Hunter is simply the best husband) and 4 female, all available to marry for both player genders! Sugar Blossom Village is thriving with plenty of activities to do, such as building relationships with its 32 extremely cheerful and lovable villagers, customize your farmhouse, and every other activity you already know and love to do in farming simulator games, from cooking, to harvesting, and fishing, to forging and mining.

If there’s one thing I can commend World’s Dawn for most is its overload of significant and always changing dialogue between its character interactions. Already equipped with a vibrant cast, this deep relationship system further keeps players engaged in their pleasant stay at the Sugar Blossom Village.

Be sure to keep an eye on its developer’s (Wayward Prophet) upcoming farming simulator ‘A Story Beside’, which looks even more gorgeous and enthralling than World’s Dawn.

Yonder is often compared to Zelda: Breath of the Wild for its vast world and many activities players can keep themselves busy with. The player finds their customizable character shipwrecked on the magical land of Gemea, where a dark cloud named Murk is corrupting the land’s nature and inhabitants. The player sets off on a quest to locate the magical creatures called Sprites to save the island.

This game was made to suit the pace of the player. You can rush through locate to locate to your hearts desire, or simply kick back and relax in the game’s always changing seasons and time of day, within the snowy mountains to its sunny shores. Its story can be completed in 10 hours, but with so many side activities to lose yourself in, you’ll be hitting that 50+ hours mark in no time. Activities and side jobs consisting of fishing, farming and crafting may not be new to players familiar with the game’s inspirations, from Animal Crossing to Harvest Moon, but they are activities worth sinking time and energy into within the world of Gemea. By fulfilling side questions from the island’s inhabitants, your own farm will become available, and by forging certain items such as bridges will open up new places on the map to explore. Yonder is marketed to make players take all the time they need to explore its world and lose themselves in Gemea, and it certainly delivers that.

Yonder is available on the PS4, Switch and Steam.

Rhythm games like the well-known Project DIVA titles have a tendency to get heated and intense. This is understandable, as even in VOEZ, the sheer amount of different music genres available from synthpop, electronic and even featuring Vocaloid can be overwhelming. But depending on the approach and the type of gamer going into this title is, do not be intimated, as evident by the wonderfully poppy and soft opening song ‘Colorful Voice’. Music has been studied to prove it has a relaxing effect on our brain and stress levels, and from personal experience, VOEZ never fails to calm me down. This can be best seen by the game’s slower and more mellow tracks.

These notable songs consist of the unexpectedly chipper track ‘Today was a bad day”, the emotional ballad ‘Wilt’, the bittersweet acoustic ‘Hope’ and the romantic, poppy ‘Stay’. With a crisp and smooth presentation, difficulty settings to suit each player’s abilities, and 162 tracks consisting of so many different producers (potentially a few favorites you have yet to discover), VOEZ will keep you preoccupied for hours on top of hours after a long day of hard work.

VOEZ is available on the Switch and mobile devices.

What video games do you relax with? Let us know in the comments below! 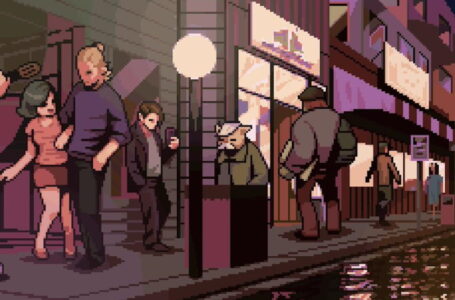 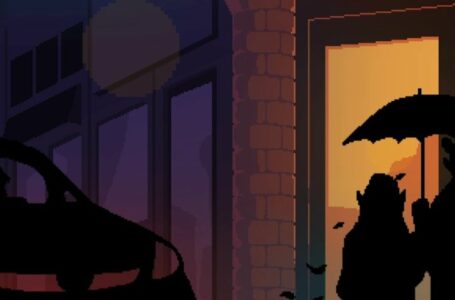 A cosy trip back to fantasy Seattle... 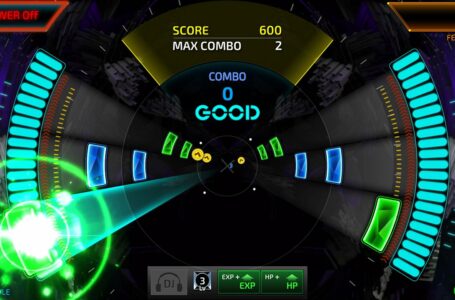