While one year might not seem like a crazy amount of time for a game to be active, many mobile titles have trouble even surviving for that long. That’s why Arknights‘ 1st anniversary is a big deal to both developer Yostar and the game’s community.

To celebrate this milestone, a new story episode has been released, titled ‘The Birth of Tragedy’. Yostar mention that ‘a special unit that can strengthen the ability of its allies will appear in the battles, players are suggested to deal with them first to avoid facing stronger enemies’.

Furthermore, from now until January 13, Arknights players can get one free roll in the current limited Headhunting banner, along with daily login rewards from January 2.

For those that are looking to increase their roster of operators, three more have been added with the latest update.

6 Star Sniper – W, as a limited operator, is an AoE Sniper. Her first Talent grants her high Physical or Arts Dodge after 10 seconds upon deployment and makes her unlikely to be targeted by enemies. Her second Talent increases the Physical damage taken by enemies that have been stunned within her range.

6 Star Specialist – Weedy, is the other rate-up 6 Star operator in the limited Headhunting pool. Her first skill increases her next attack and pushes enemies away. Her second skill increases attack interval and ATK, while dealing AoE damage.

5 Star Vanguard – Elysium, his Talent reduces the DP cost of Snipers and increases their attack speed after any of his skills is activated.

For a complete overview of everything added, and what will be coming soon, check out the official Arknights Twitter account. 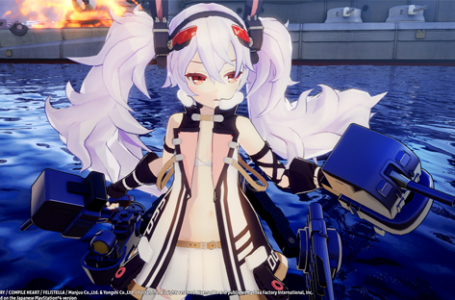