BlazBlue Cross Tag Battle has finally graced Europe! We have been given consistent information on this title since it’s initial announcement at EVO 2017, with news of upcoming characters and its upcoming main stage presence at EVO 2018, how does the ambitious Arc System Works crossover fighting game fare?

The story of BlazBlue Cross Tag Battle is exactly the right level of insane for what it would need to be to bring together these four disparate worlds. A phenomena called a Phantom Field has been created by an unknown antagonist, trapping characters from BlazBlue, RWBY, Under Night In-Birth and Persona 4 Arena within it. Along with the four worlds are four keystones that must be protected and collected by our heroes to return to their own worlds.

This means that the game’s narrative can be played through from the perspectives of each franchise, in Episode Mode with the main character from each (Ragna, Yu, Ruby or Hyde) taking the helm in each story branch. Along the way, they meet and fight characters from their own world and others to uncover the truth of the circumstances they have all found themselves in, before confronting the arguably maniacal being behind their entrapment.

On initial startup of the game, you’ll find yourself in a lobby-like area as an adorable chibi version of Ragna. This is essentially your base of operations and can be used to access all other areas of the game, including the Episode Mode, Online Lobbies, and the in-game store (that operates on in-game currency) run by Kaka Clan kittens. Of course, there is an option to open a menu to quick select through the modes; but if you get lost or wish to know something about the game, you can talk to Kajun in this lobby, which is a cute little touch.

All of the gameplay of BlazBlue Cross Tag Battle is played out solely through 2-on-2 fights. The players select two fighters each from the roster and battle it out until one is standing. Following the fantastic tradition in recent times of accessibility being a core focus, this title is absurdly easy to get into. Simplified inputs for both combos and special attacks is the order of the day, and it works incredibly well in acclimatising the player to the new mechanics, such as the super-powered Resonance Blaze.

The fact that there are five key attack buttons seems daunting to those unfamiliar with fighting games, but the fact that both the ‘A’ and ‘B’ attack buttons will activate a ‘Smart Combo’ on repeated presses means that basic combos for all characters are wonderfully simple. The partner mechanics are similarly easy with the ability to switch characters and summon the partner in for an assist being mapped to their own buttons too.

Furthermore, a new player can dive into the Tactics Mode of the game, which serves as an incredibly in-depth tutorial. This covers everything from movement basics, to advanced techniques and viable character combos that deviate from the standard ‘Smart Combo’ system. Although this tutorial system isn’t quite the same calibre as that found in Under Night In-Birth’s latest iteration, it’s still a decent primer to give new players a fighting chance and a good reference point for veterans to go back to.

Speaking of veteran players of fighting games, there is a surprising amount of depth beneath the surface. Various advanced techniques such as the phenomenal pushblock this game has, the flexibility of the combo system, and also the fun that can be had with experimenting with the various team synergies that can be made should be enough to satisfy. As an avid fan, I’m personally looking forward to seeing how the high level play of this title turns out.

Online, BlazBlue Cross Tag Battle has both online lobbies for jumping into battles with total strangers, a ranked battle system (obviously), as well as the ability to create small player lobbies for matches with friends. The netcode, in my experience, is utterly flawless, with only small problems with cross-continental play pre-launch. My only gripe with the online modes is that in the player lobbies, the player can only select their characters before engaging their opponents in the options menu instead of allowing the character select screen.

Sadly, and there are some notable negatives with regards to this game, one being the disappointing lack of offline game modes overall. As the three previous fighting game franchises usually have a large array of modes such as BlazBlue’s Grim of Abyss Mode, you would be forgiven for thinking that this game would be the same. However, this only boasts five, those being Episode, Tactics, Training, Versus, and a very bog-standard Survival Mode.

Although this isn’t a deal-breaker by any stretch of the imagination, as the game is tremendously fun to play overall, a little more variety in the offline modes in the game would go a long way to improve the longevity of the game. Furthermore, I would personally love to see a new take on the Abyss formula using the 2-on-2 format. What might be a deal-breaker for some is the previously announced DLC structure for the game.

The core roster of the title comprises of 20 characters; 10 BlazBlue, 4 Persona 4 Arena, 4 Under Night In-Birth, and 2 RWBY. However, there are another 20 coming as DLC in packs of 3 characters apiece. There is a reasonably priced character pass to get all of these additional fighters on release, but the bare-faced cheek of this structure is hard to ignore. Although I personally have little problem with this, as the pricing of everything matches up okay, I cannot disagree with those decrying this decision.

Visually, BlazBlue Cross Tag Battle is absolutely stunning. The subtle changes made to the character sprites from BlazBlue, Under Night In-Birth and Persona 4 Arena are immediately noticeable to fans of the franchises, and really work to bring together these very different games into a single package without compromising on cohesion. The RWBY characters are beautifully realised and animated, bringing this unknown quantity (for this writer anyway) successfully into the fold too.

All of the stages are brought in from the four franchises and, as in their counterpart media, look incredible too. I will say that there are some slightly odd stage choices, like the stage from BlazBlue that is known to be Celica A. Mercury’s (Magister’s City: Ishana) despite her not being part of the core roster of the game. However, it is an amazing stage and has high plot relevance in BlazBlue lore, so very easily forgiven.

Musically, this title is a mixed bag, if only because it depends on how much you enjoy the music from the original media. The music through the Episode Mode is straight from the story modes of BlazBlue, which may irk some, but I found it pleasantly comforting. There is the option in Versus Mode however to select your track to play in the background from all of the music available (with the DLC characters’ themes unlocking with the character themselves), which is a godsend.

So, should you play BlazBlue Cross Tag Battle? Although there is a severe lack of game modes for offline play, and the DLC plan for this title leaves a lot to be desired, I genuinely believe that everyone should play this game. Arc System Works have put good game design and accessibility first, and have created a title that is both massively enjoyable to play and a visual treat to behold. BlazBlue Cross Tag Battle is a fantastic anime fighter, and I look forward to seeing it in tournaments later this year.

Thank you to PQube for kindly supplying the review code for this title. BlazBlue Cross Tag Battle is out in Europe on June 22nd. Also, there is a European collector’s edition which you can purchase from our store right here on PS4, and here on Switch. 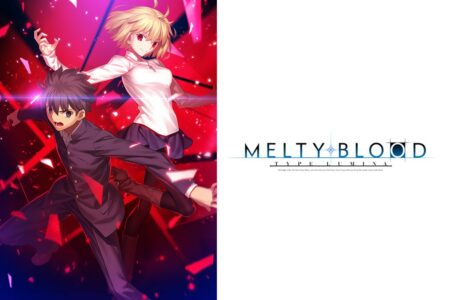