As always Microsoft is the first console developer to kick off its E3 press conference. This time they opened with a boom and brought us more exciting games than ever. Of course this means there were a few surprises in store for us.

Xbox wouldn’t be Xbox without Halo. Halo 5 was built from the ground up exclusively for the Xbox One. It will feature seamless drop-in/out online co-op. Halo 5 will be out on the 27th of October.

While it was already shown off less than a day ago, Bethesda’s Fallout 4 is still a sight to behold. The protagonist is voiced this time around. The game will feature FPS combat as well as the return of the VAT system for players who want more of a tactical edge in battles. Fallout 4 will also allow you to use your smartphone as a Pip-Boy and bring any mods created on the PC to your Xbox One. Fallout 4 will be out on November 10th.

Its been almost two years since Forza Motorsport 5 was released. Forza Motorsport 6 will be out on September 15th. It will feature 1080p visuals at 60fps, with a multiplayer mode packed with up to 24 players.

Rise of the Tomb Raider

We had the opportunity to see the upcoming Tomb Raider title and boy is the ice pretty. The trailer had Lara climbing an icy mountain in search for a hidden city. Crystal Dynamics will be bringing us Rise of the Tomb Raider this holiday for Xbox One and Xbox 360

Microsoft also announced a new Xbox Elite controller for both Xbox One and Windows 10. It will feature a new d-pad, hair trigger locks, swappable components and paddles.

Probably the biggest surprise of the show. Xbox one will soon be able to run both retail and online Xbox 360 games. This is great for Xbox 360 owners as they will be able to play their library on their newer system, as well as people who never had the opportunity to play some of Xbox 360’s gems. Xbox 360 games will work exactly the same way they originally did, but will feature all the advantages of Xbox One such as screenshots and broadcasting. Microsoft even took a little jab at Sony because of their paid service PlayStation Now.

Well kind of. Microsoft will bundle 30 Rare titles in for only 30 bucks. These titles will include Banjo Kazooie, Battletoads, Blast Corps, Jet Force Gemini, Kameo, Perfect Dark and many more. While its not the newest Banjo-Kazooie we have all been waiting for, it’s still a great deal.

Wait hold it, Rare did announce a new game. Sea of Thieves is a MMO game where players will band together as blood thirsty pirates. Take down other players’ ships and scavenge islands for treasure.

Gigantic is an upcoming 5v5 MOBA style game for both Xbox One and Windows 10.

From the creator of DayZ comes ION a space MMO where players will build, live and die in space stations.

It seems that Cersei Lannister has made her way to Albion to narrate the newest installment of the Fable franchise. Fable Legends is a free to play title planed for this year.

Xbox One will support Oculus Rift by streaming through Windows 10. Whats more, at launch every Oculus Rift will come with a free Xbox One controller.

Microsoft also showed off a live demo of HoloLens working with Minecraft.

People who never had the chance to play the oriignal Gears of War will now be able to on Xbox One, with Gears of War Ultimate Edition. This edition will feature 1080p 60fps visuals. The beta is available as of today.

And lets not forget indies, tons of indies.

Microsoft closed its conference with Gears of War 4. While it still is far from launch with a holiday 2016 release date, we were nonetheless impressed with how it’s shaping up.

Microsoft unveiled the world premier of Dark Souls 3. After the amazing Bloodborne this is a game every hardcore gamer should look out for.

First unveiled at E3 2013 The Division is Ubisoft’s title planed to hit stores in early 2016. Xbox One owners will have an exclusive beta for the game this winter.

Not much is known about this post apocalyptic sci-fi title other than that its made by Keiji Inafune. ReCore will be an Xbox One exclusive created by both Comcept and Armature Studios.

No one was expecting Garden Warfare to become the hit it was, so it’s only natural for EA to announce the newest installment of this enjoyable shooter. The game will be out in spring in 2016.

Microsoft has a strong line up for 2015 and an even better one for next year. Some of the more popular titles were advised on many a pull up banner at the conference such as Remedy Entertainment’s Quantum Break were missing, but they will be at Gamescom. Now that Xbox One will be getting 360 backward compatibility it’s time to see what Sony will do.

Want to know when you’ll be able to get some of these games from us? Sign up to our mailing list to be the first to know about our new products and deals in the Rice Digital Store!

How To Play Phantasy Star Online 2... 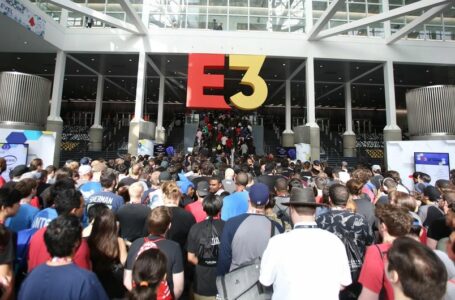