The universe of Valkyria Chronicles holds countless amounts of memorable units, all full of character, life, and useful abilities — you know, overall being a capable and viable fighter on the battlefield, unless they are called Susie Evans.

Now, let’s take a trip back down memory lane, back to when those playing Valkyria Chronicles first caught the sight of all the potential units to place into the limited spaces of Squad 7. Vyse made for a quick insertion into your team, right? It’s the only correct answer, after all. Just look at him.

This one might be a bit awkward to answer. Vyse’s appearance will most definitely be familiar to the many of us, since his design is meant to serve as a cameo of Skies of Arcadia’s main character, who shares the same name. And he’s not the only Skies of Arcadia reference in Valkyria Chronicles — his most liked subordinate is his fellow core cast member Aika Thompson, and the media who runs straight for downed allies is the third main member of Skies of Arcadia’s main party, Fina. In other words, for those who already know of these characters, it’s a no-brainer as to whether you’ll be deploying them out on the battlefield.

And it is the same for newcomers to his legendary name. Vyse is one of the immediately available units to employ out on the battlefield, and with a can-do attitude, appealing character design, and an overall impressive skillset, Vyse was worth putting on the Squad 7 team as soon as possible. And from there, he’ll stay put.

Why we love Vyse

Vyse really caught my eye due to his character design, and it marking the first time I ever heard of Skies of Arcadia. As someone who did not grow up with the Dreamcast or Gamecube, I missed out on this beloved gem. But thanks to having experience Valkyria Chronicles, it is cameos like this that better inspire gamers such as myself to look back at older titles I otherwise might never have known about or thought to explore.

In the context of Valkyria Chronicles, Vyse and his band of merry men (and lasses) aided me in all of my journey across Gallia, with the group including fellow shocktrooper Alex Raymond, the previously mentioned Aika and Lancer unit Hector Calvey. Vyse in Valkyria Chronicles is one of my favourite units to use. Not only is he a strong beginners’ pick for his helpful skills and attack-based stats (which we’ll go into more detail on in a moment), his energetic and feel-good attitude is often very different and refreshing when compared to the rest of the cast — that should have been enough of a hint to allude to him being truly out of this world.

The game lays out plenty more entertaining hints as to his origins, such as him coming from “a far off land” — and when anyone mentions the sky, it proves difficult to stop him from talking about it once he starts. But his infectious positivity and easily excitable nature, even at the worst of times when the odds are stacked against him, made for a memorable unit I have always been fond of. I never regretted a single time I haphazardly charged into multiple enemies’ lines of sight just to hear his line of “sweet! Our hero’s in trouble now, haha!”

And that’s not even starting on how voice actor Roger Craig Smith delivers his iconic lines of “Let’s go kick this war in the teeth!” and “YEE HAW!” — no matter how much hate the latter one gets.

Vyse is a great addition to your Squad 7 team as a recommended Shocktrooper. He has one of the highest possible damage outputs, especially if his skills happen to stack upon activation during battle. These include Child of Nature, Born Leader, Challenge Lover, First Aid Boost, Undodgeable Shot, Super Damage, and Double Attack. He’ll often be your saving grace when the going gets tough, and in the beginning levels all his attack-boosting abilities such as the very helpful Challenge Lover come in especially handy.

Other units may potentially end up overshadowing him nearing the endgame (namely Rosie, a more significant unit for the story’s sake), but Vyse is simply a character the majority of people already love, and newcomers will quickly employ him for all the reasons already mentioned.

Vyse has proven to be a fan favourite since the title’s original release back in 2008, and this is especially notable even for those whose first exposure to the character was Valkyria Chronicles. It has resulted in multiple appearances of him within the series, including Valkryia Chronicles 3, the anime and OVA.

And with video game cameos becoming less and less grand with each passing year, Valkyria Chronicles encapsulates a far more exciting time when titles came out with such surprises — and as reminders that such aging yet beloved games are not completely forgotten.

Vyse was not only a sight for sore eyes to those who already knew him, but his personality and design shone so brightly even as a cameo insert turned canon that he pointed me to his origins at a time when Skies of Arcadia was thankfully not too pricey. Now to make the time to play all these throwback titles on top of new releases. YEE-HAW.

Valkyria Chronicles originally released on the PS3. It received a remaster for the PS4 and Switch, and is also available on Steam.

Header art by Kyotuka, original Pixiv source no longer seems to be online. 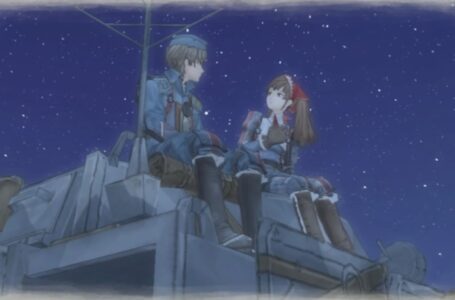 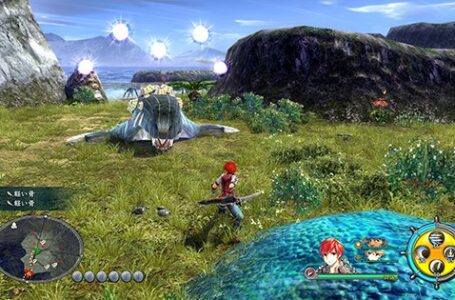 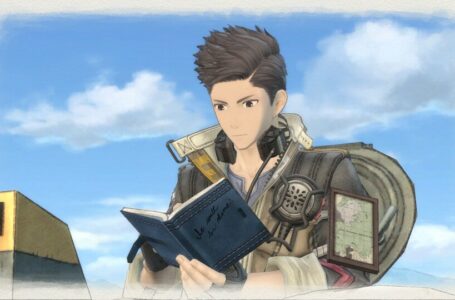